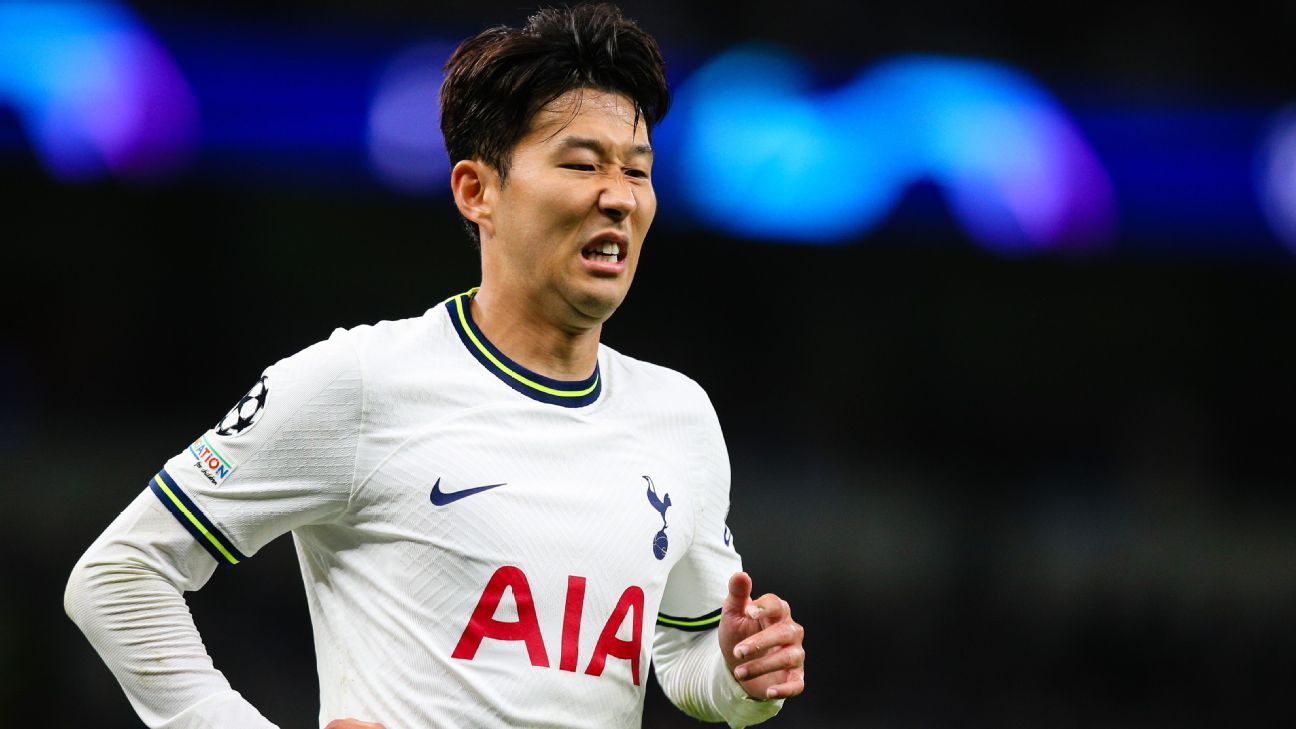 After the lofty standards he set for himself in his Golden Boot-winning Premier League campaign of 2021-22, it would not be too harsh to say that Son Heung-min has had a slow start to the new season.

With six games down in the Premier League, and an additional one in the Champions League, the usually-prolific attacker is yet to open his account this term.

Before the appraisal becomes overly critical, it must be said that Son has plenty of credit in his account — not just from last season’s 23-goal haul in the league but throughout his entire seven previous years with Tottenham.

– Ex-Barca, Real hopeful Kubo could be ready to make his mark
– Can returning Queiroz boost Iran’s FIFA World Cup hopes?
– Japan ace Doan still has plenty he wants to achieve in his career

After all, every forward will inevitably encounter a similar drought (Spurs teammate Harry Kane famously appeared allergic to scoring in August previously). It must be noted that Son continues to offer his side plenty in other areas even if he is not banging in the goals at the moment.

As such, Tottenham manager Antonio Conte will continue to be patient with his star man, knowing he will come good eventually.

But time is not something that is in abundance for the other man that will be closely monitoring Son’s performances.

Just three months out from the FIFA World Cup, South Korea coach Paulo Bento will be watching on with slight concern if not major alarm.

Given the fact that the Taegeuk Warriors have been handed tough tests in Group H against Portugal, Uruguay and Ghana, it is no secret that they will need their talismanic captain to be firing on all cylinders if they are to stand any chance of reaching the Round of 16.

It can only be a good thing to have a world-class talent of Son’s ilk at their disposal, but the flipside to that is a potentially unhealthy overreliance on an individual player.

So do South Korea have enough options in reserve as a Plan B?

Firstly, it should be remembered that despite his prolific goalscoring ways, Son is far from a traditional out-and-out striker that serves as the fulcrum in attack.

For South Korea, that role usually falls to Hwang Ui-jo — who recently joined Olympiakos on loan after suffering relegation to Ligue 2 with Bordeaux last season.

With 23 goals in Ligue 1 to his name over the past two years, Hwang’s strike rate in France is healthy enough, as is his international tally of 16 goals from 47 caps.

Nonetheless, there are still doubts if Hwang has the ability to single-handledly win a game for the Taegeuk Warriors — especially at a World Cup — so who else is there?

It has been no secret that Bento’s options are severely limited in that No. 9 position.

The Portuguese tactician has constantly plumped for Cho Gue-sung as Hwang’s deputy even when the 24-year-old was plying his trade in South Korea’s second-tier K League 2. In defence of both, Cho has been a consistent scorer but is unproven away from the domestic stage.

Other striking options are either equally inexperienced like Kim Gun-hee and Cho Young-wook, or have been completely ignored — Joo Min-kyu somehow continuing to await his chance at international level despite becoming the K League 1’s first local top scorer in five years with his impressive 22-goal haul.

So if the strikers are not shaping up as an adequate back-up plan, which other areas of the field could potentially produce an alternative match-winner to Son?

Given he also currently plies his trade in the Premier League, Wolves attacker Hwang Hee-chan is the most obvious candidate.

The 26-year-old has shown glimpses of the attacking ability that saw him first rise to prominence alongside Erling Haaland and Takumi Minamino at Red Bull Salzburg, although he is yet to establish himself as a regular starter at Molineux.

Lee Jae-sung, now into his second season playing in the Bundesliga for Mainz, is another Europe-based member of Bento’s squad that could provide a star turn in the attacking third, while Nam Tae-hee — who began his professional career in France — can also offer a creative spark even if he is not the most illustrious of names in the Taegeuk Warriors roster.

Yet, in terms of a genuine game changer, perhaps the standout candidate lies a little further behind in the middle of the park — midfielder Hwang In-beom.

An interesting career that saw his first move abroad take him to the MLS with Vancouver Whitecaps then led to him emerging as one of South Korea’s brightest prospects after joined Rubin Kazan, although the recent complications in playing for a Russian team have since seen him move on to Olympiakos alongside Hwang Ui-jo.

While he arguably does his best work as a deep-lying playmaker, the presence of the more defensive-minded Jung Woo-young has seen Hwang In-beom often perform a box-to-box role for the Taegeuk Warriors — one that he has proven equally adept in as he taps on a previously-unseen offensive skillset.

Still, given he is only 25 and still finding his feet in European football, it may be too much of an ask for him to step up and fill Son’s shoes should the need arise.

Then again, it will always be near impossible to stand in for a world-class talent.

Perhaps South Korea will still need to hope that Plan A works out at the World Cup, and there is definitely still enough time for Son to start firing again before their opening tie against Uruguay comes around on Nov. 24.

Barring that, Plan B could just require all the aforementioned alternatives to join forces to fill in for undeniably world-class quality that just cannot be singlehandedly replaced.