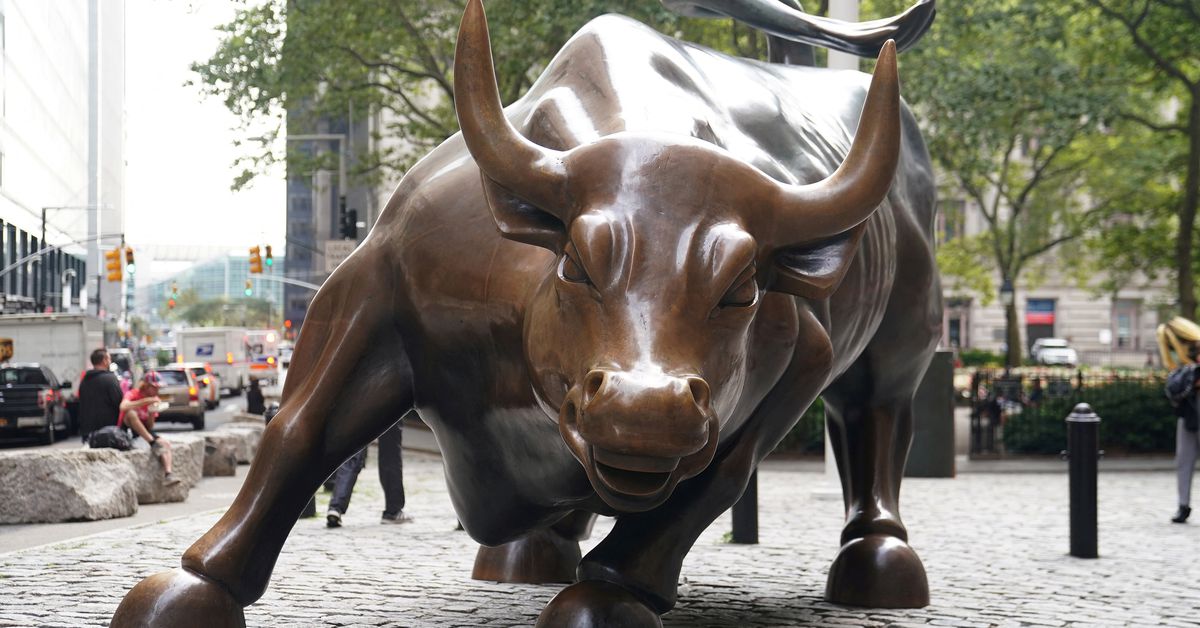 Aug 11 (Reuters) – The U.S. stock market’s rebound in recent weeks has analysts and investors questioning whether 2022’s deep downturn has ended, but how to spot an expiring bear market or a new bull market is not something everyone on Wall Street agrees on.

Equities have rebounded thanks to better-than-expected corporate earnings and bets the worst of soaring inflation may be over. The Nasdaq (.IXIC) index’s drop of about 0.6% on Thursday left the tech-heavy index up 20% from recent low on June 16, while the S&P 500 (.SPX) has also rebounded in recent weeks, now up 15% from its recent low in June.

The recent gains led analysts at Bespoke Investment Group to declare on Thursday morning the Nasdaq had exited its recent bear market, even though the index remains down about 21% from its record high close last November, with trillions of dollars in stock market value still lost.

On Wall Street, the terms “bull” and “bear” markets are often used to characterize broad upward or downward trends in asset prices.

Both indexes are widely viewed as having been in bear markets in 2022, but not all analysts define bull or bear markets the same way, and many investors use the terms loosely.

“We could write for hours on the semantics of bull and bear markets,” Bespoke wrote in its research note, saying a new bull market was now confirmed to have started on June 16.

The Merriam-Webster dictionary defines a bull market simply as “a market in which securities or commodities are persistently rising in value.”

Some investors define a bear market more specifically as a decline of at least 20% in a stock or index from its previous peak, with the peak defining the beginning of the bear market, which is only recognized in hindsight following the at-least 20% decline.

Similarly, some define a bull market as a 20% rise from a previous low, and by that measure, used by Bespoke, the Nasdaq could now be viewed as having begun a fresh bull market.

The Securities and Exchange Commission says on its website that, “Generally, a bull market occurs when there is a rise of 20% or more in a broad market index over at least a two-month period.”

S&P Dow Jones Indices, which administers the S&P 500 and Dow Jones Industrial Average (.DJI), has an even more nuanced definition of a bull market.

A drop of 20% or more from a high, followed by a 20% gain from that lower level, would leave an index still below its previous peak, a situation S&P Dow Jones Indices Senior Index Analyst Howard Silverblatt describes as a “bull rally in a bear market”.

Analysts warn against relying too much on backward-looking definitions of market cycles that do little to capture current sentiment or predict where stocks will go in the future.

Factors like the velocity of the market’s rise or fall and how much average stocks have changed contribute to whether investors view a major move as a turning point in sentiment or a short-term interruption to an existing bull or bear market.

Indeed, investors can only be sure they are in a new bull market once a new record high has been reached, and at that point, the previous low would mark the end of the bear market and beginning of the new bull market, according to S&P Dow Jones Indices.

It was not until an all-time high was reached in March 2013 that investors were able to say with certainty that a new bull market had been born four years earlier.

“We retroactively go back and say, ‘OK, when did the market hit the bottom?'” Silverblatt said. “That’s when the bear would end and the bull starts.”