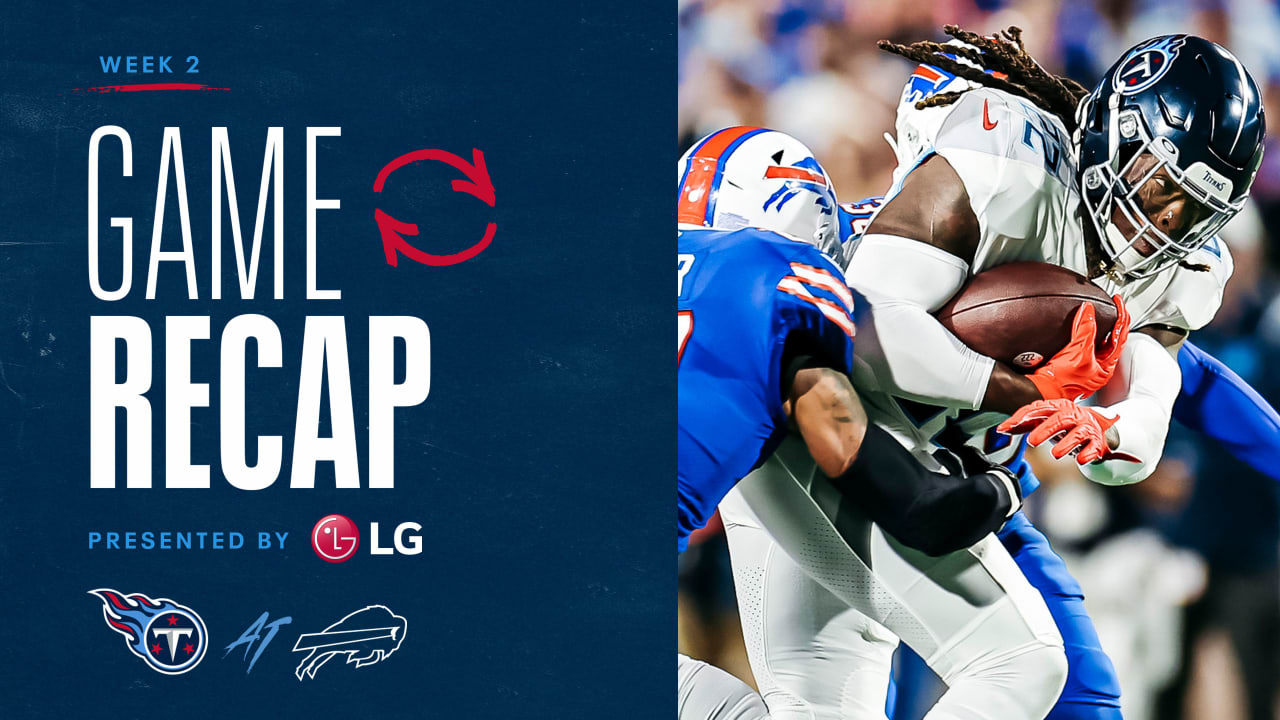 ORCHARD PARK, N.Y. – Heading into the 2022 season, the Buffalo Bills were widely considered the best team in the AFC, if not the entire NFL.

Here on Monday night, the Titans helped them make their case.

Well, let’s just say the team has plenty of work to do.

The Titans lost 41-7 to the Bills here on Monday night in a game that really came off the rails in the second half.

As Bills fans danced to “Shout,” Titans fans in Nashville and beyond probably wanted to scream.

On this night, the Titans couldn’t get much going on offense while also struggling to put up much resistance on defense.

Turnovers, mistakes and injuries contributed to the team’s miserable night.

The Bills took an early 7-0 lead on an 11-yard touchdown pass from quarterback Josh Allen to running back Reggie Gilliam.

Allen completed 26-of-38 passes for 317 yards and four touchdowns on the night, including three touchdown throws to receiver Stefon Diggs.

The Titans showed some life early, answering an early deficit with a 75-yard drive to tie the contest. A two-yard touchdown run by running back Derrick Henry, which came on fourth down, made it 7-7. The Titans got big catches from tight end Austin Hooper and receivers Treylon Burks and Nick Westbrook-Ikhine on the drive, which set up the score.

The Titans defense stepped up on the ensuing drive, as Titans safety Kevin Byard corralled Allen on a fourth down throw, and linebacker Zach Cunningham batted his pass down. The Titans took over after that play but ended up punting it back after a drive of their own fizzled out.

The Bills then regained the lead 10-7 on a 49-yard field goal by kicker Tyler Bass, and they never looked back.

The Bills extended their lead to 17-7 one minute before halftime on a four-yard touchdown pass from Allen to Diggs, which came on fourth down.

Less than five minutes into the third quarter, Allen connected with Diggs again – this time from 46 yards – and the Bills led 24-7.

It became 27-7 Buffalo not long after that, as a muffed punt by Titans return man Kyle Philips was recovered by the Bills and cashed in for three more points on another field goal by Bass.

After Titans quarterback Ryan Tannehill was intercepted, the Bills scored yet again on another touchdown pass from Allen to Diggs. This score made it 34-7 with 5:34 left, and left Buffalo fans dancing once again to “Shout.”

A 43-yard interception return for a touchdown by Bills linebacker Matt Milano made it 41-7 in the third quarter.

The Titans replaced Tannehill with back-up quarterback Malik Willis, and he finished the contest.

The game was a costly one for the Titans in the injury department.

Left tackle Taylor Lewan and running back/returner Trenton Cannon suffered knee injuries in the first quarter and did not return. Also, outside linebackers Bud Dupree (hip) and Ola Adeniyi (wrist) and defensive back Ugo Amadi were also injured in the first half.

The Titans return to action on Sunday at Nissan Stadium vs the Las Vegas Raiders.