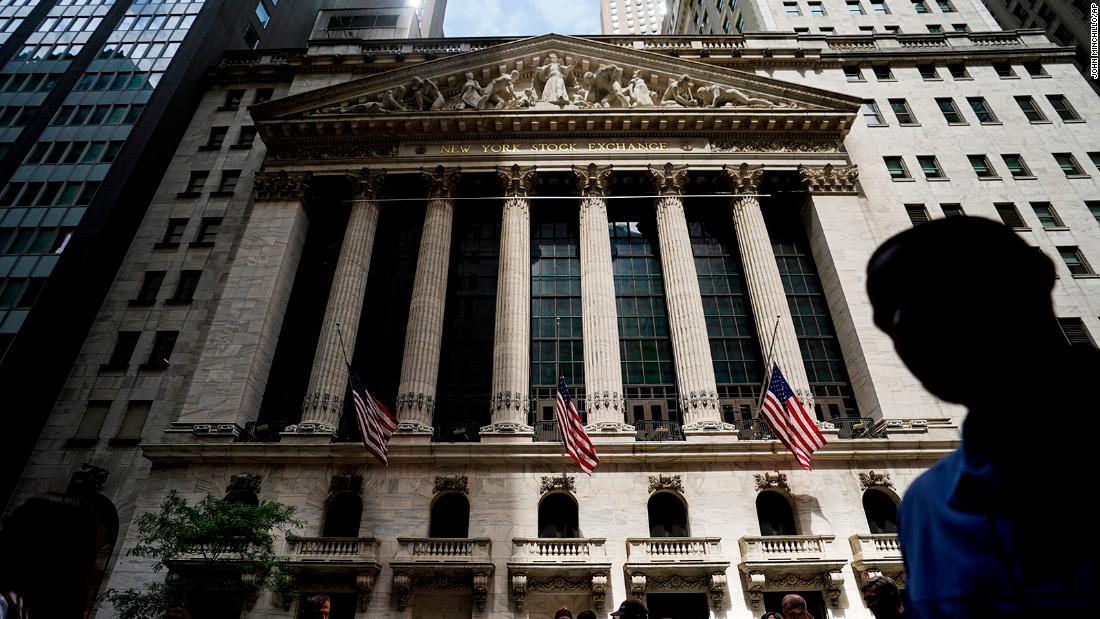 Alongside the slow, steady drip of sour economic data, investors have fallen into a foul mood. CNN Business’ Fear & Greed index has been stuck in “Fear” territory for months. But the anticipation of pain is often worse than reality, and the stock market is hoping someone will just rip the Band-Aid off, and declare a recession already.
The longer we talk about a recession, the more likely it is that the economy will continue to ache, said Ritholtz Wealth CEO Josh Brown. Recession fears themselves lead to more pullback. Consumer and investor psychology impacts the economy and we can “talk ourselves into a recession,” he wrote in a note.

“If enough people believe it’s time to rein in their spending — and then act on that belief — it becomes a self-fulfilling prophecy,” said Brown.

Recessions are inevitable, they’re a part of every business cycle. Recessions will happen, and no amount of predicting and prognosticating can prevent them.

That’s why some Wall Street analysts are hoping, the National Bureau of Economic Research will officially determine we’re in a recession and allow markets to break the dread cycle.

“The sooner we get the recession, the better,” said Kevin Gordon, senior investment research manager at Charles Schwab.

Although that may seem counter-intuitive, pulling forward the recession’s start date would ultimately be a positive for investors, Gordon said. That’s because a recession would mean the turning point for stocks is closer rather than further away, and that the bottom is closer than we think.

Then, investors could move onto the next cycle: searching for hope. Economists liken it to finding green shoots after a forest fire.

“While it may seem economically bullish to assume the recession starts sometime in 2023, it’s actually market bearish, especially if you are of the belief that the market still has to price in more downside for earnings,” said Gordon.

Most importantly, it would mean inflation pressures would decrease more quickly and the Fed would be able to end its tightening policy sooner, minimizing economic damage and increasing investment opportunities.

The problem is the NBER is notoriously slow at announcing when we’re in a recession. It didn’t announce until June 2020 that the pandemic-induced recession had begun in February — and that was faster than usual.

So, sadly for Wall Street investors looking for some relief, the recession debate will almost certainly carry on for months.

Bank of America analysts, meanwhile, predict a “mild recession” will begin this year in the United States and will abate by 2023.

Recession is never a good thing, but a short and shallow recession now is better than a large and looming threat in the distance.