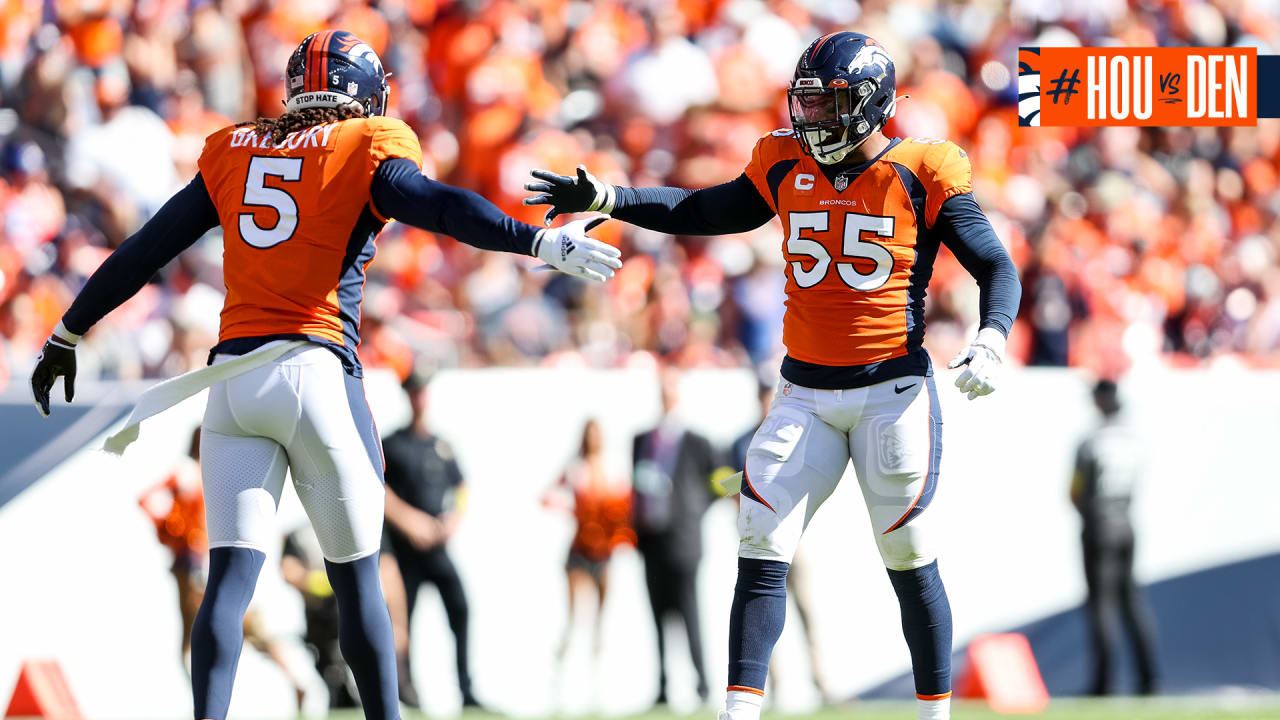 Gregory missed the offseason program and training camp as he recovered from shoulder surgery, so it was unclear how prepared he would be for the start of the season. Through the first two games, Gregory has put all doubts to rest; he looks every bit the dominant pass rusher the Broncos expected him to be.

Head Coach Nathaniel Hackett is still being cautious with Gregory, but the outside linebacker has made the most of every snap he’s taken.

Gregory has already developed chemistry with fellow outside linebacker Bradley Chubb despite only playing two games together so far. They have both battled injuries throughout their careers, but the pass rushers are proving to be a dangerous combination now that they are healthy.

Chubb raved about what Gregory brings to the defensive front, noting the positive impact that the former Cowboy is having on his own success.

“Do you see how tall and long that dude is?” Chubb said. “It’s easy being on the other side of him, and seeing the things he does to offensive tackles, and closing the game out with a strip sack. It’s a blessing to be on the same line. … It’s just been fun rushing as one.”

With safety Justin Simmons on injured reserve and cornerback Pat Surtain II leaving the game early, the pass rushers’ strong performance took pressure off the secondary. Safety Kareem Jackson expressed his gratitude to the defensive front for taking control of the game.

“They’re making the game easy for us,” Jackson said. “They’ve been getting after the passer, making a ton of plays, getting some sacks. They’ve got a great group up there, and I’m just glad those guys are on our side.”

Pass rushing was an area that General Manager George Paton made an emphasis on improving over the offseason, and it has quickly become one of the team’s strengths. By consistently applying pressure in the backfield, they were able to keep the Broncos in the game until the offense could find the end zone.

“At the end of the day, we try to take over the game at all times,” Chubb said. “We try to be the ones that be the catalyst for them. We try to be the spark that the crowd needs, that we need as a team. We go out there every possession and just have that same mindset.”