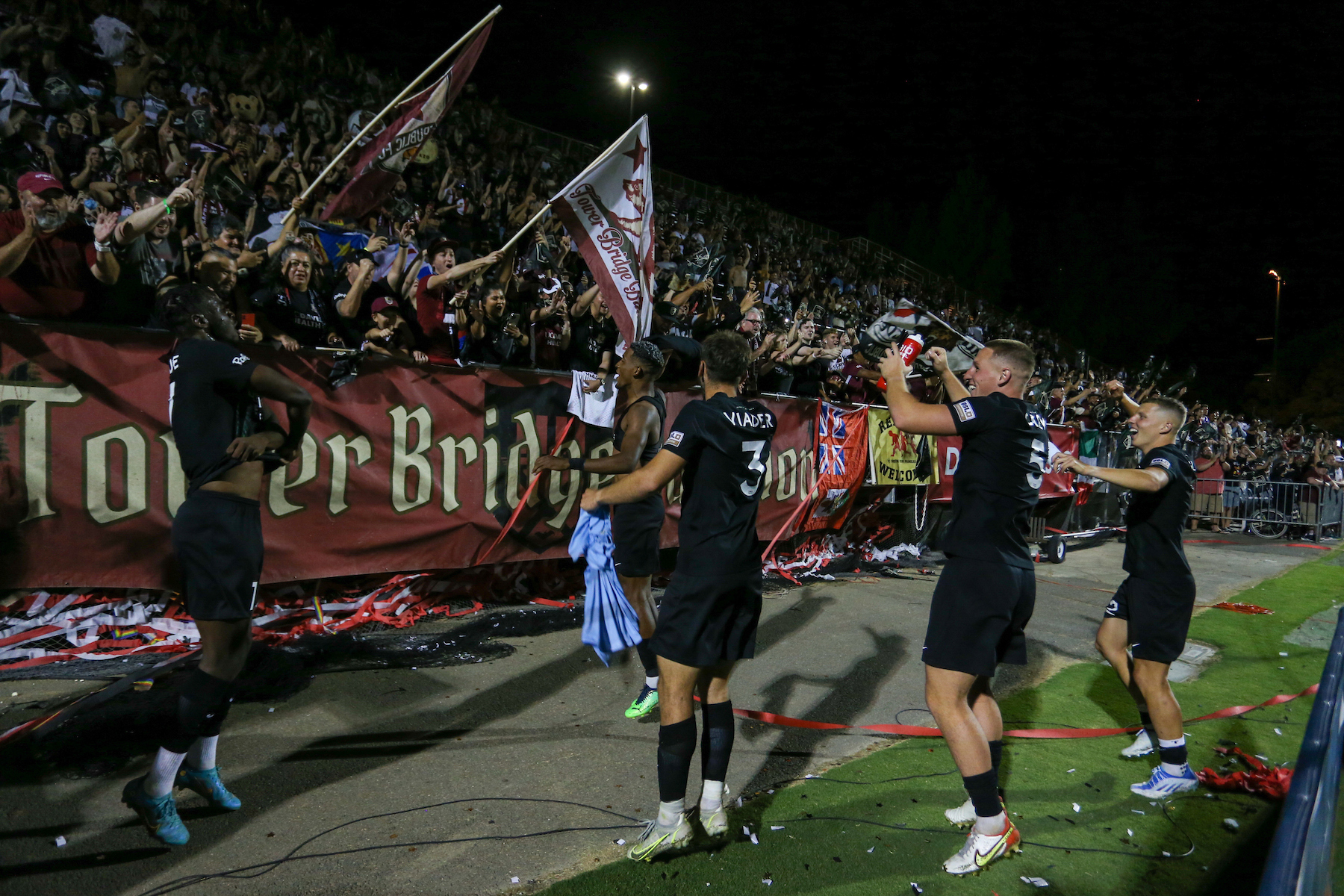 The New York Red Bulls, the 2017 Open Cup Finalists who were once, between 1996 and 2006, known as the MetroStars, had every reason to hope again. Polish striker Patryk Klimala hit the woodwork twice before Lewis Morgan’s clean-hit rocket put them up by one on the road in Orlando. Hope turned to belief. It crept in. Why shouldn’t it? That goal, a stunner, was only the beginning, right? More were on the cards. One would turn to two and on they’d go to set right their reputation of coming up just short so many times before. They were seconds from halftime, where they’d regroup and solidify their strong start. But the Red Bulls, without a trophy save one supporters shield from 2013 endlessly mocked by their MLS Cup-winning crosstown rivals NYCFC, didn’t make it that far. César Araujo equalized right away. Girded by that response, and by home the crowd’s full voice, the second-half was a purple blur for the Red Bulls. The goals came. Yes, they did. There were five of them, unanswered, from the Floridians who’ll now play for a first trophy since joining MLS in 2015. For New York, the state that’s produced the most Open Cup champions – but the last of them way back in 1999, the wait continues.

Goalkeeper Danny Vitiello, like everyone at Sacramento Republic, isn’t guaranteed much. Contracts are short, usually one season, in the lower leagues. Pay is low, compared to Major League. The frills, significantly less frilly. Vitiello fought for every ball through 120 minutes. He became the anchor of his team’s unlikely dream. They yoked their belief across his broad shoulders in Sacramento. And he made many saves, but none as important, as emblematic of a cause, as the fifth penalty in the post-game shootout. It was on Graham Zusi, seven time all-star and aging former hero of the U.S. National Team – a winner of one MLS Cup and three Open Cups with the club. Zusi, his hair tied back, exhausted from the efforts of many minutes and old legs, went the wrong way. He went Vitiello’s way. And it set up a Hollywood ending for this team from the unfashionable capital of the state of California.

Only outsiders use his whole name. OK, it’s Rodrigo Lopez. But in Sacramento, where he was the Republic’s first club signing back in 2014, he’s RoRo. Simple. Easy. Coach Briggs brought the 35 year-old back after seasons away because “he really helps in the pressure moments.” He’s the team’s captain, with all that implies, and Briggs charged him with being the talisman in this run for an Open Cup. Too old, some said. A sentimental move, others said. Fans showed up at the airport when RoRo returned to sign his new contract. He’s now on top of the 2022 Open Cup scoring charts and his mischievous smile and old-dog experience (and, mind you, continued excellence) have made him the symbol of a club that is, itself, a symbol of what is possible. He shed tears after the Quarterfinal win at LA Galaxy – one of the many MLS clubs who never offered him a contract. He also took the fifth and decisive penalty to send his team – from an adoptive home city that loves him like a son – to an Open Cup Final.