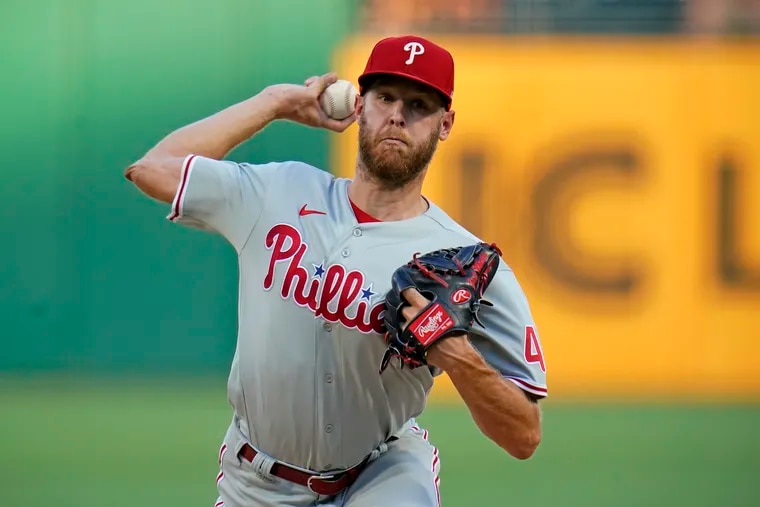 PITTSBURGH — Before the Phillies game against the Pirates on Thursday night, interim manager Rob Thomson told his players to not take their 40-58 opponents for granted. “Get the lead,” he told them. “Step on the gas pedal.”

His message resonated until the very end of the Phillies’ 8-7 win on Thursday, when Jeurys Familia entered the game in the ninth inning. Familia promptly gave up five earned runs and four hits to whittle an 8-2 lead down to 8-6. He recorded only one out. Seranthony Domínguez came in after Familia and gave up an RBI groundout that brought in an inherited runner to make it 8-7, but then induced a flyout to end the game.

Thomson said he was trying to get through the outing without using Domínguez, which is why he waited to pull Familia, who faced six batters.

Thomson said he isn’t concerned about the tone that the stressful ninth inning might set for the series moving forward.

“These guys, as you’ve seen all year, they turn the page real quick,” Thomson said. “We’ve had huge losses and have come back and gotten the momentum back. So I don’t think this is going to bother them at all.”

» READ MORE: One of the best catches in Phillies history brought Tony Barron decades of pain, but he would do it again

Bohm typically bats sixth or seventh in the lineup, but Thomson moved him up to third Thursday night. He didn’t regret it. The third baseman went 2-for-4 and now has 36 hits in his last 23 games dating back to June 24. According to Stathead, he’s the second Phillies player to collect that many hits in 23 games since Bryce Harper, who did collected 36 hits in 23 games four times.

Bohm also is on a 13-game hitting streak that dates back to July 8. Thomson has been hesitant to make too many lineup changes, but, so far, the third baseman is making a pretty convincing case to move him up higher. Thomson said before the game that Bohm hitting in the three-hole might be a one-day thing, but after the game, he said he’d re-evaluate.

“We’ll look at it,” Thomson said. “We’ll go in the lab. I’ve got a lab back here with little white rats and cleats on and lineups.”

» READ MORE: If the Red Sox become sellers, Nathan Eovaldi could be a trade option for the Phillies

Wheeler was in a groove on Thursday. He was efficient and probably could have been more efficient if not for some questionable calls from home plate umpire Roberto Ortiz. The right-handed starter finished his night at 97 pitches, but 26 of those came in his seventh and final inning. Before that, he’d allowed only two hits and no runs with two walks.

“I thought it was good,” Wheeler said. “I can’t really pick up on what it is, so we’ll keep working on that. And then that home run I let up was just a pitch down the middle but down, right in his bat path, so I was trying to not to get to 3-2 on him, since I walked the guy right before him. And that’s about it.”

When asked to elaborate on what he meant by “off,” Wheeler said it’s just a general feeling, not anything specific.

Schwarber entered Thursday’s game with four hits over his last 27 at-bats. He had two more on Thursday night, including a monster three-run home run, his 32nd of the season. The left-fielder hit 32 home runs through 113 games last year and is on pace to obliterate his career-record of 38 home runs in a season in 2019.