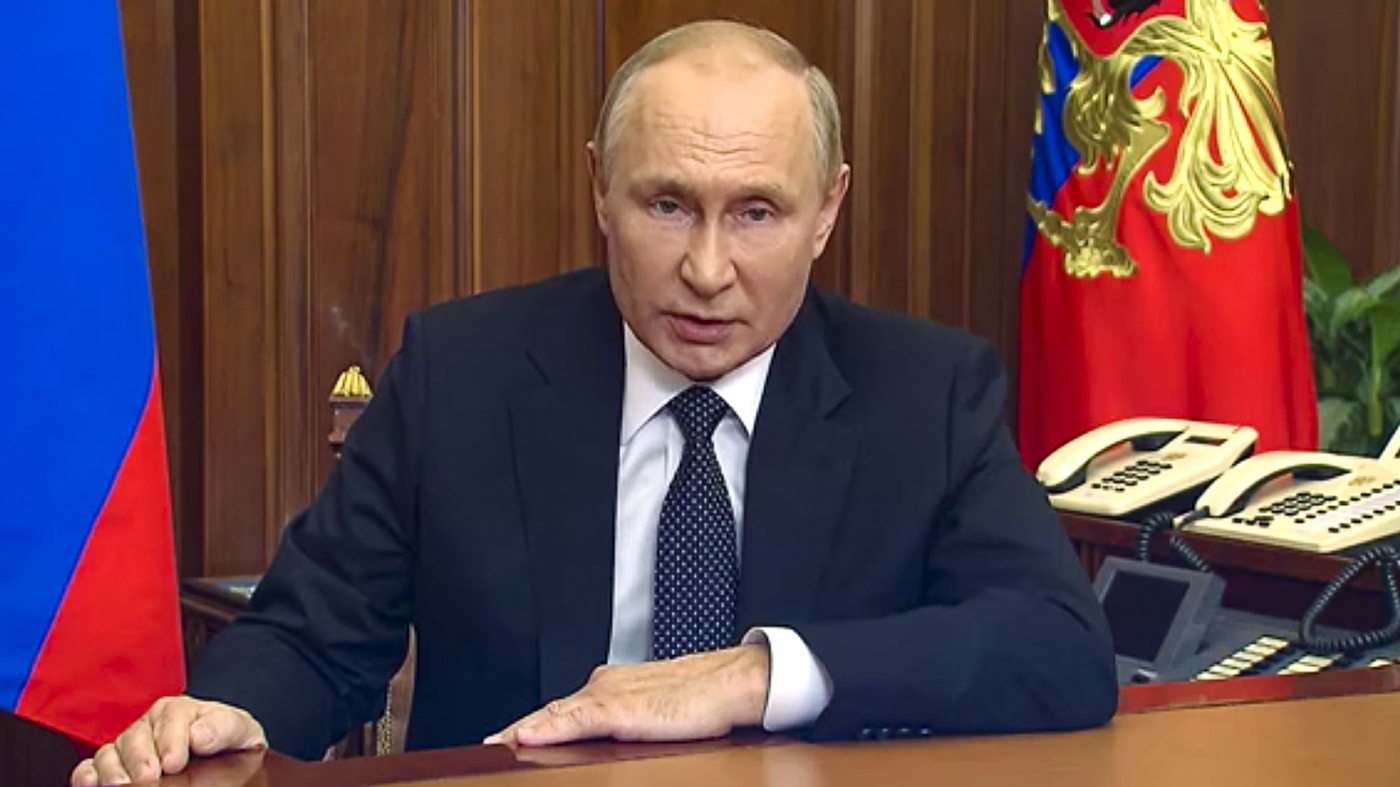 MOSCOW — Russian President Vladimir Putin declared a “partial mobilization” of Russia’s armed forces on Wednesday morning — signing a decree that will send Russians who have gone through military training to join the fight in Ukraine while stopping short of an all-out draft.

“Only those citizens will be drafted to military service who are currently in the reserve and first of all those who have served in the army, who have certain professions and have necessary experience,” will be recruited for the campaign, said Putin in a televised address to the nation.

The announcement came as Russia has struggled to replenish its fighting force in Ukraine and suffered setbacks on the battlefield amid a surging Ukrainian counteroffensive.

In a separate television interview, Defense Minister Sergei Shoigu said Russia would immediately call up 300,000 reservists to “hold the line at the front” in Ukraine.

In his address, Putin said the larger force was necessary as Ukraine continued to receive heavy weaponry from a “collective West” intent on “weakening, isolating, and destroying Russia.”

The Russian leader also insisted Russia had a moral obligation to protect civilians in partially Russian-occupied portions of Ukraine as they held a series of “referendums” aimed at joining the Russian Federation later this week.

Putin also accused western powers of providing Ukraine with long range weapon systems that can strike deep into Russian territory — and again accused Ukraine and its allies of menacing Russia with nuclear threats. Putin warned Russia and its people would use “all available means” in their defense — noting Russia had its own capable nuclear arsenal. “This is no bluff,” said Putin.

“Those who are blackmailing us with nuclear weapons should know – the rose winds can change and blow in their direction.”