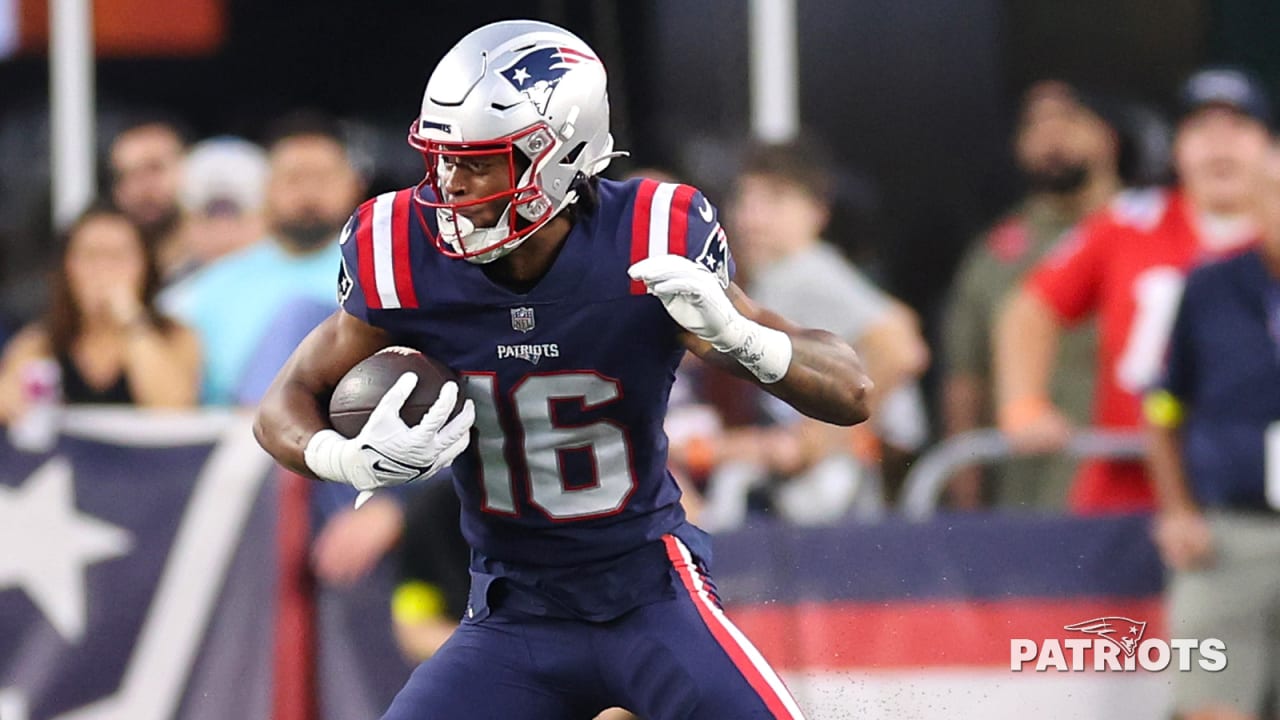 In last week’s loss to the Dolphins, Meyers made one of the highlight plays of the game for New England on a 27-yard contested catch in the second quarter. On the play, the Pats stressed a single-high man coverage by pairing Nelson Agholor’s crossing route from the inside slot with Meyers’s slot fade from the number two position. The post-safety had to choose which cornerback he would help in coverage, which funneled the ball to Meyers along the sideline.

“It was actually a tough play because he played so far outside of me. I just had to run around and do the best I could to give my team a little spark,” Meyers explained. “You have to pick somebody. Nelly is a good player, so I could see why he’d try to take him. Mac just had to trust me.”

Although the results weren’t always there for the Patriots offense in a 20-7 loss in Week 1, New England’s most targeted receiver believes the Pats have enough in the building to solve their issues.

As the Patriots continue to work through their opening week struggles, the team is determined to avoid losing a second-straight game when they visit the Pittsburgh Steelers on Sunday.

Meyers was also asked about the growing pains the Patriots are experiencing in a tweaked offensive system but assured reporters that confidence is not an issue with this group.

“You never want to lose two in a row. We don’t want to make it a habit of losing or a trend of losing,” the Pats receiver said. “I wouldn’t say our confidence has really [changed]. I feel like we’ve been a confident group since the day we found out who was going to be in our room. Sometimes you have questions like what is the plan or how are we going to attack this team? At the end of the day, confidence, I don’t think we lack that at all.”

Pittsburgh, like the Patriots, is going through changes of its own with a new starting quarterback and defensive coordinator. Following two-time Super Bowl champion Ben Roethlisberger’s retirement, the Steelers are now turning to former Bears second overall pick Mitch Trubisky. Defensively, veteran coach Teryl Austin took over as defensive coordinator this season.

Historically, the Steelers have relied heavily on zone coverage and zone-blitz schemes on defense. Although they played mainly zone in their win over the Bengals last Sunday, it was more split-safety zone. Plus, former Pats assistant Brian Flores added more man coverage schemes to Pittsburgh’s arsenal.

Meyers gave his scouting report on the Steelers, saying, “a lot of zone. But they have the ability to play man, too. They don’t really hide it [the blitz]. They do what they do, and I respect that. Can you stop it when you know it’s coming?”

The Patriots will continue preparing for their Week 2 matchup against the Steelers at home over the next two days, then travel to Pittsburgh on Saturday.