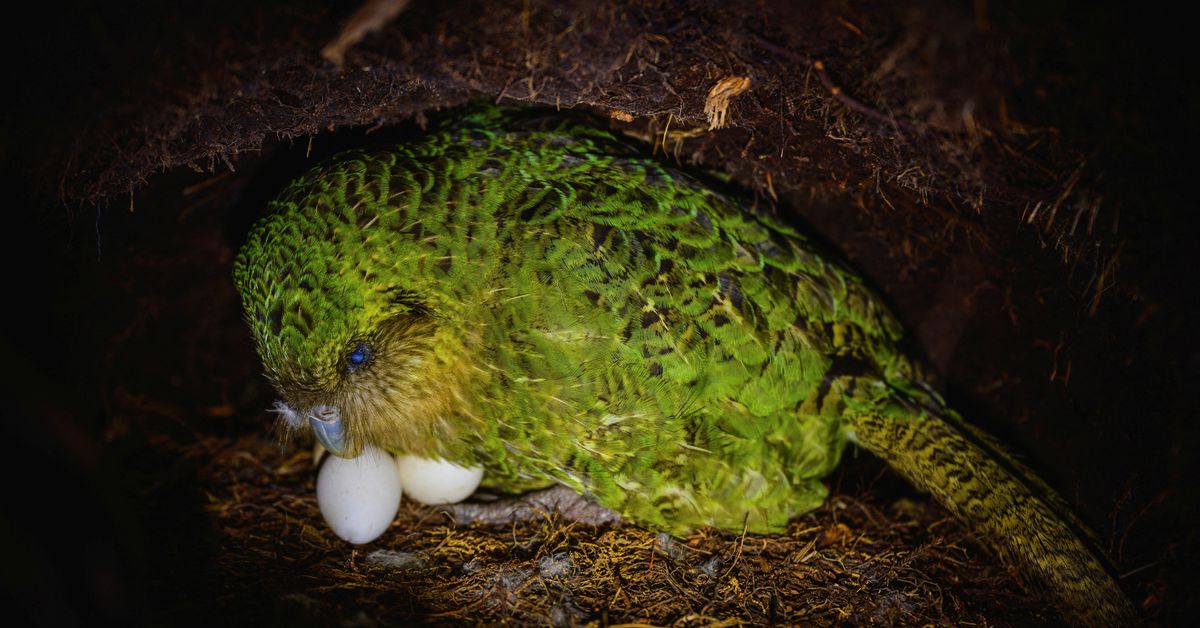 WELLINGTON, Aug 9 (Reuters) – The population of New Zealand’s kakapo, an endangered flightless parrot, has increased 25% in the last year to 252 birds following a good breeding season and success with artificial insemination, the conservation department said Tuesday.

The kakapo have been nearly wiped out by introduced predators such as stoats as the birds cannot fly. The problem has been exacerbated by inbreeding, very low fertility – only 50% of eggs are fertilised – and as they only breed every two or three years when native rimu trees fruit.

The population of the kakapo, which is the world’s heaviest parrot, is now at its highest number since the 1970s.

“There were just 86 kakapo when I first started working as a kakapo ranger in 2002. That number was scary. Having a breeding season with 55 chicks feels like a very positive step,” said Deidre Vercoe, operational manager for the kakapo recovery programme.

The programme was established in 1995. It is a collaboration between the New Zealand conservation department and Maori tribe Ngai Tahu and uses volunteers to help with activities like monitoring the nests to keep them out of trouble. Some birds have had to be rescued after getting stuck in the mud or after their legs were caught in trees.

Vercoe said in an email that much of the success this season was due to the amount of fruit on rimu trees.

“Using artificial insemination has meant that some males, who had not yet naturally fathered chicks, are still represented in the future gene pool,” said Vercoe.

“Artificial insemination can also help to increase fertility of the eggs laid.”