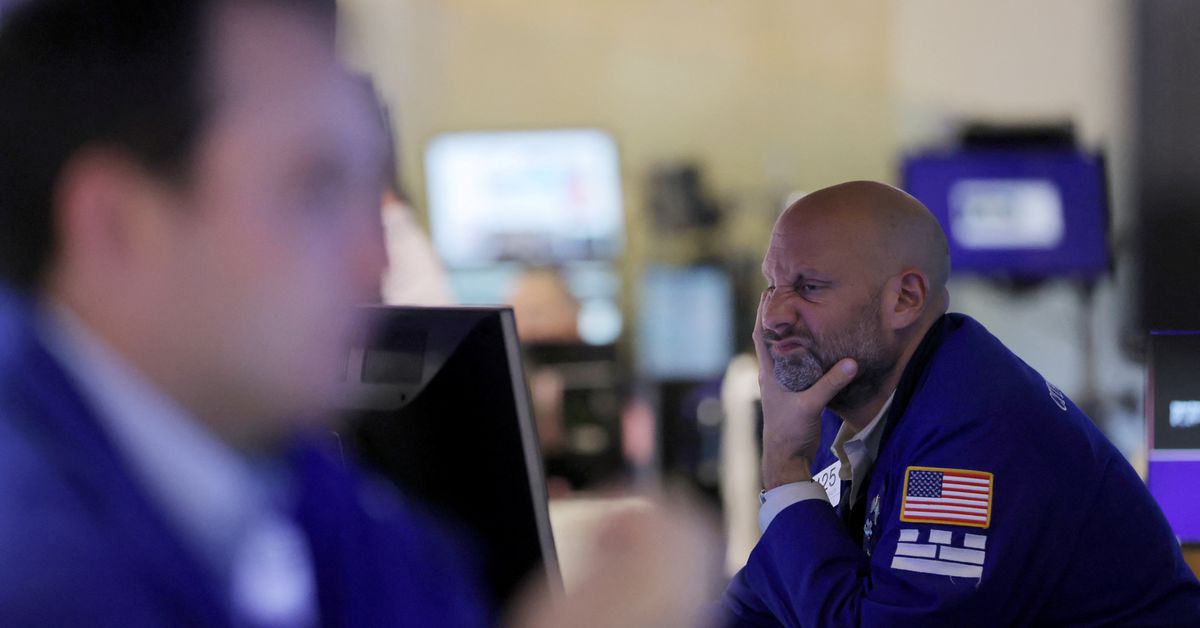 A look at the day ahead in U.S. and global markets from Dhara Ranasinghe.

An action-packed week for central banks around the world has not even got underway yet and equity investors are expressing their unease that aggressive rate hikes aimed at taming sticky inflation makes a global recession more likely.

U.S. stock futures are down around 1% and in another harbinger of what’s in store for Wall Street, European shares are deep in the red.

A week, it turns out, is a long time in the world of central banks and markets these days.

The Federal Reserve is expected to deliver a rate hike worth at least 75 basis points at the end of a two-day meeting on Wednesday to contain sticky inflation. But since last week’s inflation data showed underlying price pressures broadening out, some are even starting to mull the prospects for a rare 100 bps move.

In addition to the Fed, a host of other central banks – including those in Britain, Switzerland, Norway and Sweden – are tipped to tighten policy this week.

The outlier of course remains the Bank of Japan, meeting on Wednesday and Thursday, although it too will be watched closely for any signs in a shift of language that could shore by a yen languishing near 24-year lows against the greenback.

So, what does it all mean? For starters, more strength for the dollar in the near-term. The greenback is broadly strong against other major currencies on Monday and just rose to its highest in almost two years against the Canadian dollar.

Second, more pain for risk assets as investors brace for an aggressive Fed coming at the price of a sharp growth slowdown.

In addition to a sell off in equities, crypto currencies are coming under renewed pressure. Bitcoin earlier fell to a three-month low below $19,000.

More geopolitcal noise in Europe adds to frayed nerves with markets bracing for elections in Italy on Sunday that could install a centre-right government while Hungary scrambles to avoid losing billions of euros in European Union funding that the bloc might take away over Budapest’s failure to combat corruption and uphold the rule of law. read more

A holiday in Tokyo overnight and one in London for the Queen’s funeral means trade is relatively subdued. But no doubt, the downbeat tone in world markets remains firmly in place.

Key developments that should provide more direction to markets on Monday:

– German economy to shrink all winter as gas taps are turned off, Bundesbank says read more

Opinions expressed are those of the author. They do not reflect the views of Reuters News, which, under the Trust Principles, is committed to integrity, independence, and freedom from bias.