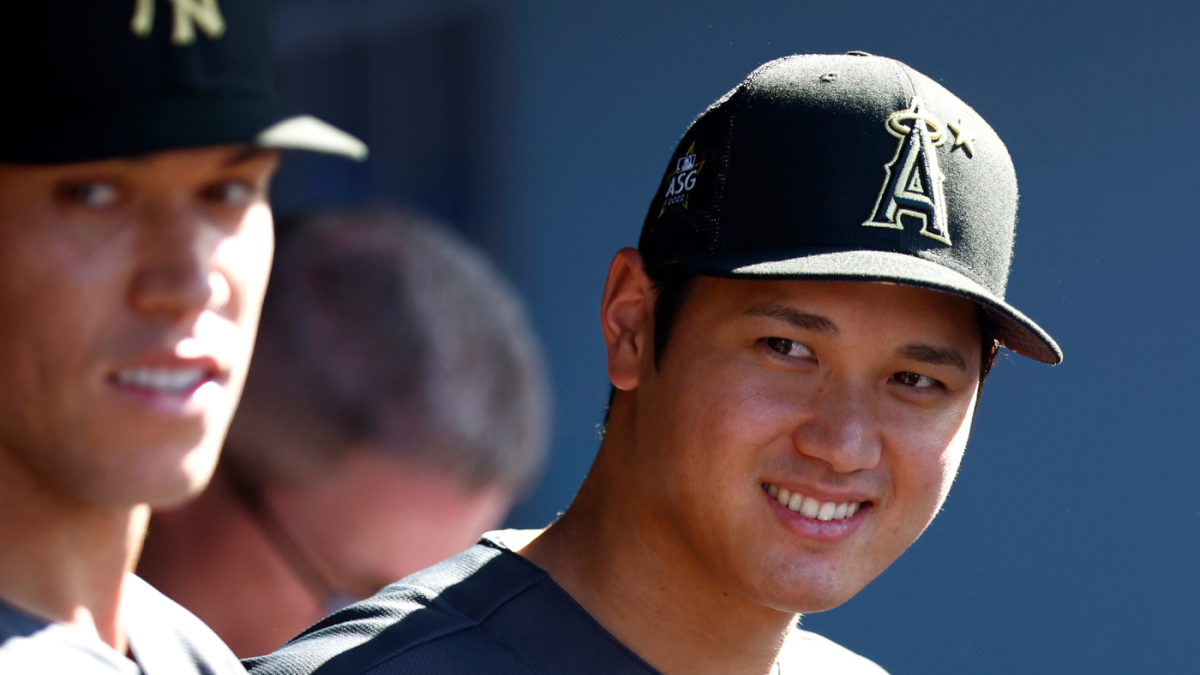 The 2022 MLB trade deadline is 6 p.m. ET on Tuesday (Aug. 2), so teams now have less than 24 hours to address their needs and improve their rosters for the stretch run. We’ve already seen a few big names dealt and surely more trades are on the way.

Angels will keep Ohtani despite ‘serious’ interest from Yankees, more

The Yankees, Padres, and White Sox were among the teams to inquire on Angels two-way star Shohei Ohtani in recent days, but the Angels have since decided they will not move him ahead of Tuesday’s trade deadline, according to Jon Heyman. Heyman says those teams made “serious” offers for the reigning AL MVP.

Heyman notes that Angels owner Arte Moreno does not want Ohtani to be traded, even though he can qualify for free agency after next season. CBS Sports detailed on Sunday why Moreno is the biggest potential hurdle to an Ohtani trade, writing the following:

It’s easy to understand why Moreno would push back. He’s spent a lot of money on the Angels over the years without getting much in return. The Angels have changed players, managers, and general managers without much success. Moreno has been the constant. At some point, being the steady face of failure has to impact one’s ego. Trading Ohtani would be an admission that he and his brain trust could never figure out a way to build a winner despite being gifted two generational talents.

The Yankees have since made a different move, netting reliever Scott Effross from the Cubs in exchange for a pitching prospect.

The Guardians entered Monday with a 52-49 record, placing them 1 1/2 games back for the final American League wild card spot. They’ve at least had discussions about upgrading the plate, inquiring on Athletics catcher Sean Murphy. Those conversations haven’t progressed far, however, according to The Athletic’s Zack Meisel.

CBS Sports ranked Murphy as one of the best players potentially available this summer, noting:

Murphy is under team control through the 2025 season, but the A’s have some reason to move him earlier than need be. For one, they have Shea Langeliers ready and waiting in Triple-A; for another, if you’re going to stripmine your roster to slash costs, you might as well go all-in. Whenever the A’s get serious about moving Murphy, he’s going to be a sought-after commodity. He’s been an above-average hitter through more than 1,000 big-league plate appearances, and there seems to be more raw power in his stick than he’s realized in-game: earlier this season, he recorded an exit velocity of 114 mph, a figure that puts him in Mike Trout and Bryce Harper’s neighborhood. The kicker is that Murphy doesn’t have to hit as much as he has in order to be a valuable player; he’s a tremendous defender who grades well in all the most important categories, including framing, throwing, and staff-handling. Him offering any kind of offensive value, let alone good offensive value for a backstop, makes him a big-time asset.

Per Meisel, Oakland has claimed the team is in no rush to move Murphy because of his years of remaining team control. It’s to be seen if their stance softens any as the deadline draws closer.

The Brewers traded All-Star closer Josh Hader as part of a deal that netted them late-inning reliever Taylor Rogers and righty Dinelson Lamet. They might not be done moving pieces around on the big-league roster, either, as teams have been checking in on catcher Omar Narváez, according to Robert Murray.

Narváez, 30, is a free agent after the season. He was an All-Star last year and is regarded as a good framer behind the plate.

If the Brewers did move Narváez, switch-hitter Victor Caratini would take over as the everyday catcher with Pedro Severino as the backup. It also wouldn’t be surprising to see the Brewers add a catcher to the organization the way they switched out relievers in the Hader deal.

The Astros have one of the safest division leads in baseball. That isn’t stopping them from pursuing upgrades at first base and at catcher. To wit, The Athletic’s Ken Rosenthal reported on Sunday that Houston has shown interest in both Rays first baseman Ji-Man Choi and Red Sox catcher Christian Vázquez.

Vázquez, a free agent at season’s end, has batted .282/.327/.432 (108 OPS+) in his first 84 games this season. He’s traditionally been known as an above-average defender as well, though Statcast’s framing metrics have him a hair below par this season, for whatever that’s worth.

The Astros are also known to have interest in Nationals first baseman Josh Bell and Cubs catcher Willson Contreras, among others.

Could lefty reliever Andrew Chafin be on the move for the third straight deadline? He went from the Diamondbacks to the Cubs in 2020, the Cubs to A’s in 2021 and now several teams are showing interest in acquiring him from the Tigers, reports Ken Rosenthal.

Rosenthal names the White Sox and Mets as Chafin suitors, but says there are other teams involved as well.