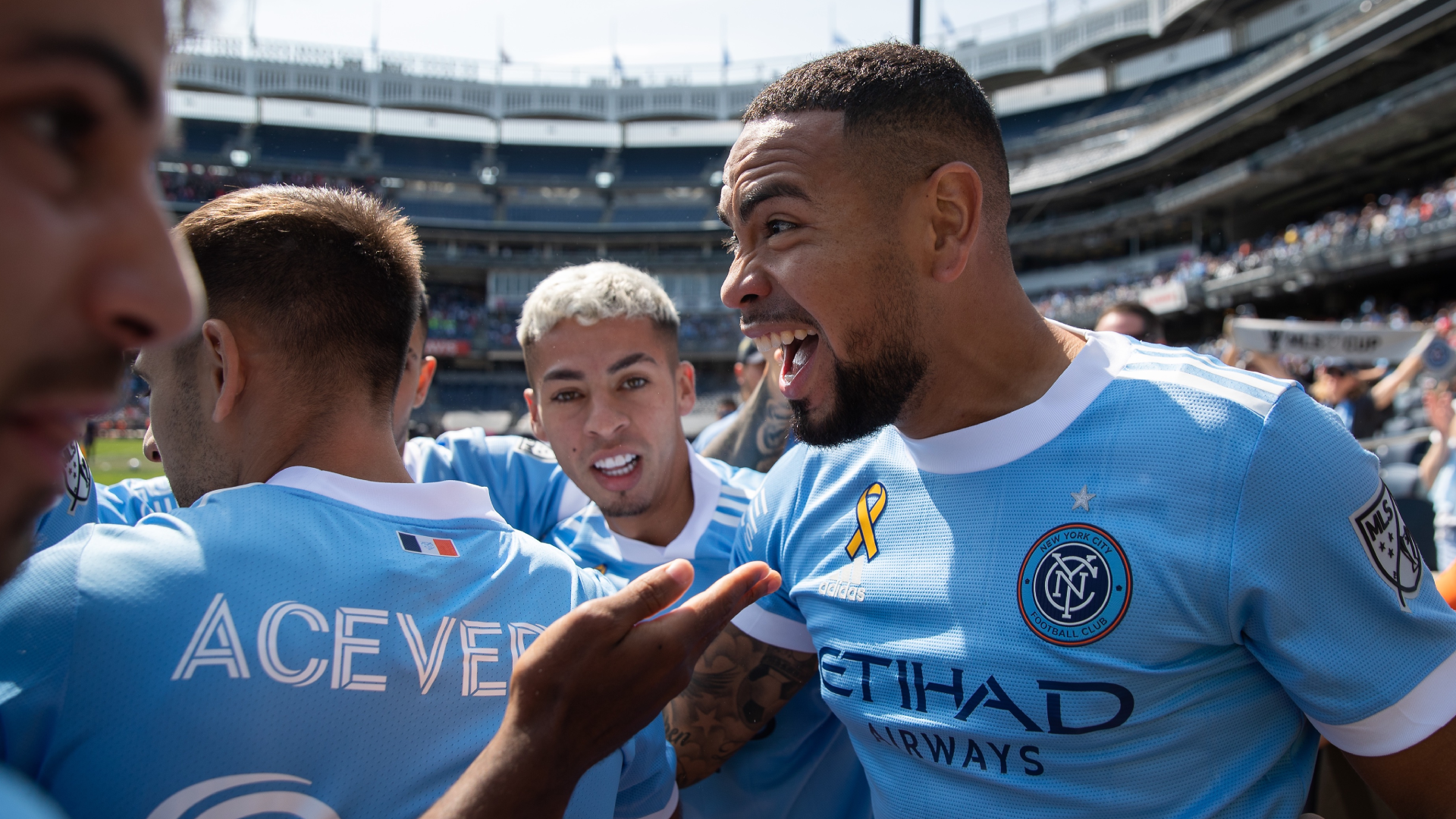 Riding the momentum from Wednesday’s victorious Campeones Cup, NYCFC sprinted to a 1-0 lead through a header from Alexander Callens just 51 seconds into the contest. Santiago Rodriguez followed with his fourth goal of the season in the 23rd minute and Cushing celebrated an early 2-0 lead in a high-pressure game.

NYCFC limited the Red Bulls to just one shot on goal as Sean Johnson earned his 14th shutout of the season and 90th in his MLS career. Bolstered by having the core of holding midfielders and center backs intact, the defense held firm even when the second half got choppy and physical.

NYCFC moved to 49 points from 32 matches (14W-11L-7D), one point behind the Red Bulls for third place in the Eastern Conference table and four points clear of Orlando City SC for the fourth seed – and the home-field advantage in the Audi 2022 MLS Cup Playoffs that comes with it.

With just two matches remaining on the schedule (vs. Orlando and at Atlanta United), Cushing sees an opportunity for NYCFC to make another deep playoff run if they can continue the same momentum. And if their successes this week are any indication, he is prepared for more celebrations when those moments come.

“Celebrations after a trophy are what we do the job for,” Cushing said. “It’s about seeing those guys – they put so much in and then you see all the happiness and the joy and their energy after. That’s why we do the job.”