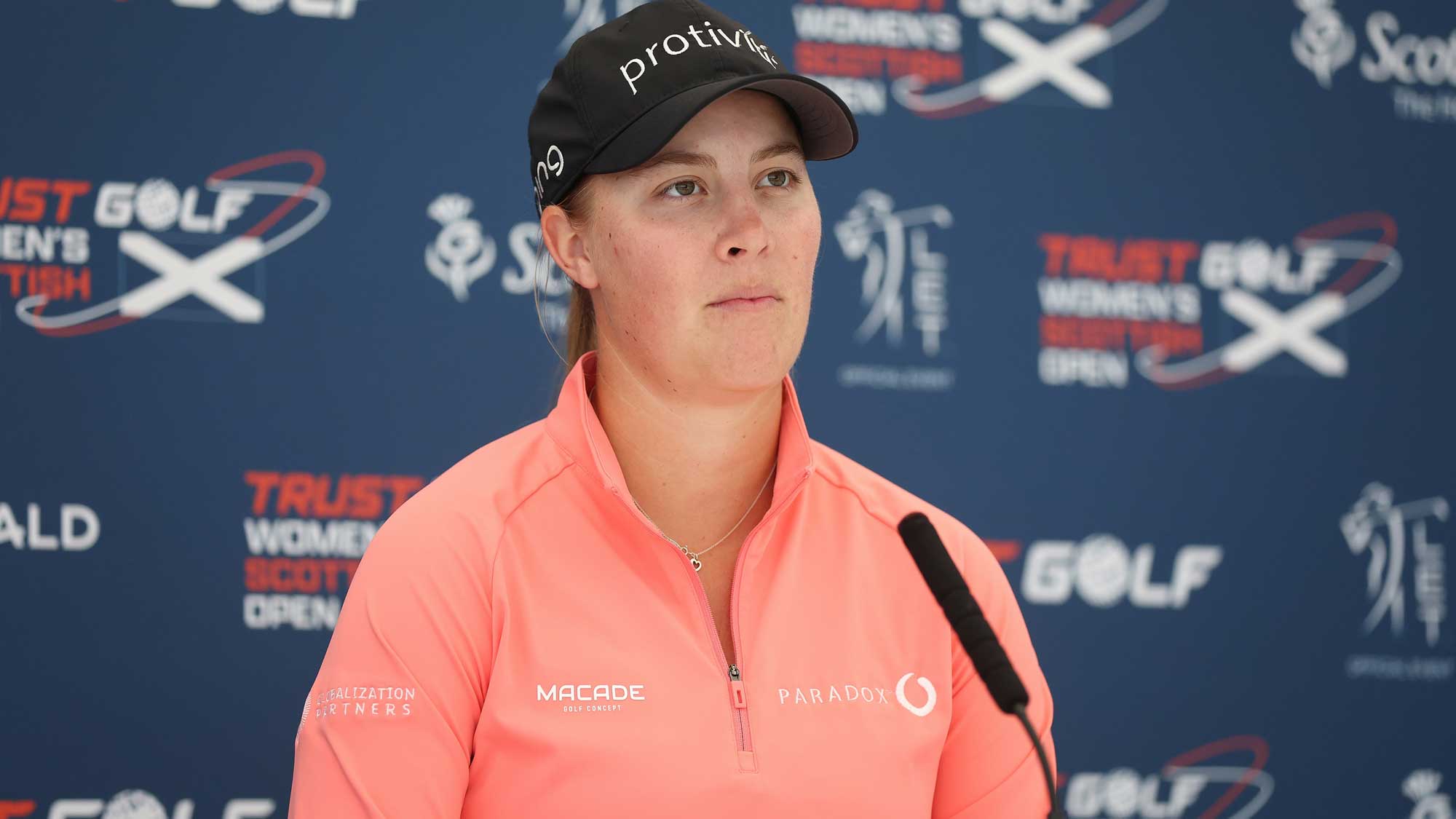 What a year it’s been for Jennifer Kupcho. The 25-year-old finally broke through in April, earning her first LPGA Tour victory and first major at The Chevron Championship, and the proverbial floodgates were thrown open. She won again at the Meijer LPGA Classic for Simply Give in June and just a few weeks ago added another title to her 2022 resume, taking home the Dow Great Lakes Bay Invitational title with partner Lizette Salas, a win that was made even more special considering it was Salas’ first since 2014.

“I think after getting the Chevron win, it definitely helped me a lot. But then after getting the Meijer win, the leaderboard was stacked. Not that Chevron wasn’t, but I did have a pretty good lead. Going down the stretch at Meijer and to come out on top, I think really, really boosted my confidence and that’s what’s made me so comfortable out here since then,” Kupcho said. “I didn’t know (Lizette) had not won in that long of time and for that to be her second win out here, I had no idea. We started out having fun the first day and it continued throughout the rest of the week and we played really well. To have both of us win, it was really cool.”

Kupcho comes to the Trust Golf Women’s Scottish Open off a T31 finish at the Amundi Evian Championship and is looking forward to getting another opportunity to play links golf, an attitude that she didn’t always have her first few years on the LPGA Tour. She missed the cut in both of her previous appearances in this event, something that left a sour taste in her mouth about this style of play. But it was a made cut that ultimately changed her mind and that has her raring to have a go at Dundonald Links.

“I’m really excited to play some more links golf,” said Kupcho. “I think when I came out here as a rookie, I didn’t play very well, and quite frankly, I just said I don’t like links golf. But then last year with my caddie, he was very experienced in links golf and I think that really helped me with the whole experience to learn how to play it. Now, I’m excited to go play instead of dreading the weather and dreading the golf course. It’s a whole different experience now that I’ve played well last year at the British Open.”