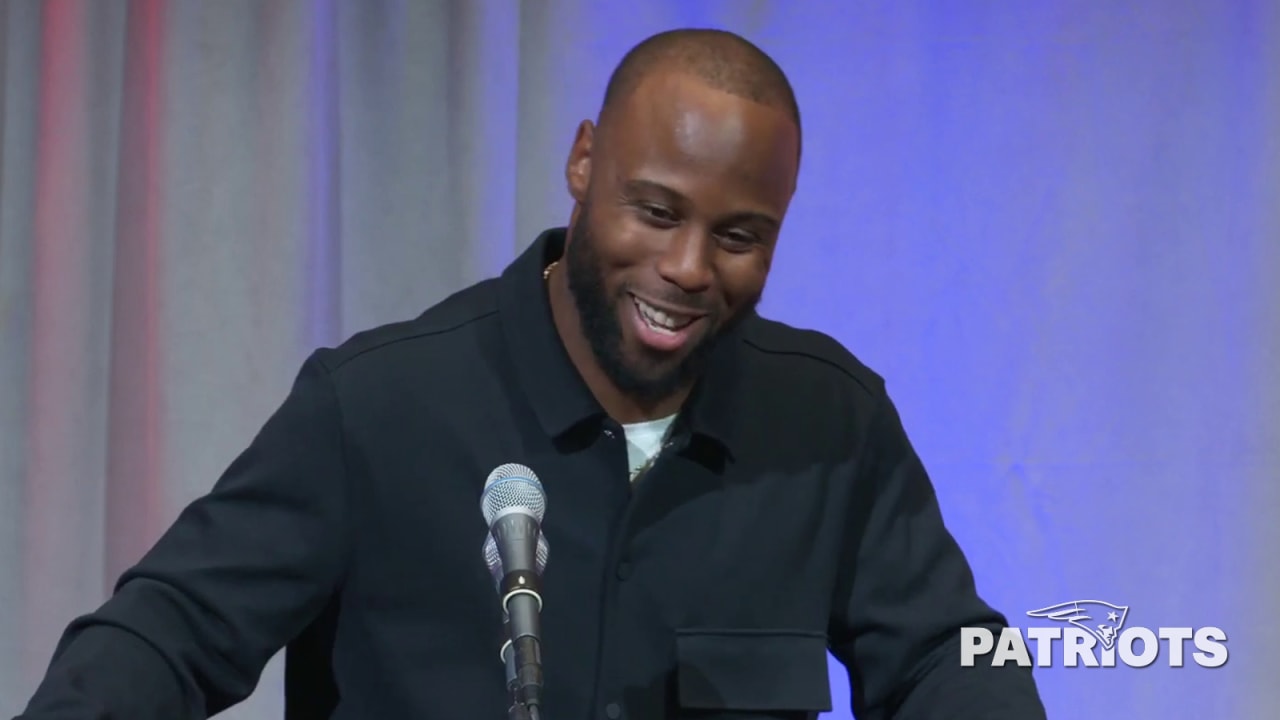 The Patriots held a final retirement press conference for James White on Tuesday night, as a way to send off the long-time running back with support coming from his teammates, coaches and ownership. Respect for White ran deep behind the walls of Gillette Stadium, where he was a model teammate and player and someone who helped carry on the legacy of leaders to come through the program.

Patriots owner Robert Kraft and head coach Bill Belichick helped paint a picture of how much White meant to the players, team and area during the presentation, which included a tribute video highlighting his impressive career.

“Through all the success he’s had he’s remained very humble and kind,” said Kraft, giving credit to his parents for the job they did raising James. “His strength of character we know, he was a great ambassador on the field and off it too.”

“It’s been a great honor for me to have you on our team, to have your leadership, you’re a role model for all of us, not just the other players but the coaches” Belichick told White. “Your work ethic, toughness, commitment to the team, something for us all to emulate and match… We’ll miss you but we’ll never forget your contributions and the standard you set for us. That will live on in those banners up there that wouldn’t be hanging without you.”

Drafted in the fourth round in 2014, White experienced a redshirt season while the Patriots went on to win Super Bowl 49 in his rookie year, but just two years later he’d play a key role in New England’s fifth championship, scoring 20 second-half points along with the game-winning touchdown in overtime against the Falcons. From that moment White cemented his legacy, but went on to expand his off-field leadership, being named captain in 2018 for the first time in his career and helping lead the team to their sixth overall title.

White followed a lineage of valuable third-down backs that included Kevin Faulk, Danny Woodhead and Shane Vereen, but put his own twist on the role. With his lightning-quick “sweet feet”, White was a shifty open-field runner who caught the ball with the ease of a wide receiver.

Succumbing to an injury was a disappointing end to an accomplished career, but White took it in stride as he delivered his comments, shifting his focus towards a growing family and whatever challenge might be next.

“I’m extremely grateful to play for such a great organization, great owner, great coach for eight years,” said White. “This is a special place, I can’t really put it into words. Too many people to thank. So many people that helped me make it to this point.”

Highlighting the organization’s dedication to the community, White illustrated what was so special about the Patriots off the field. On it, White called coach Bill Belichick a genius who always helped put his team in a position to be successful.

White also had some fond words for his teammates who are about to embark on the football season without him, leaving the team with some simple advice, “Go ball out this year.”