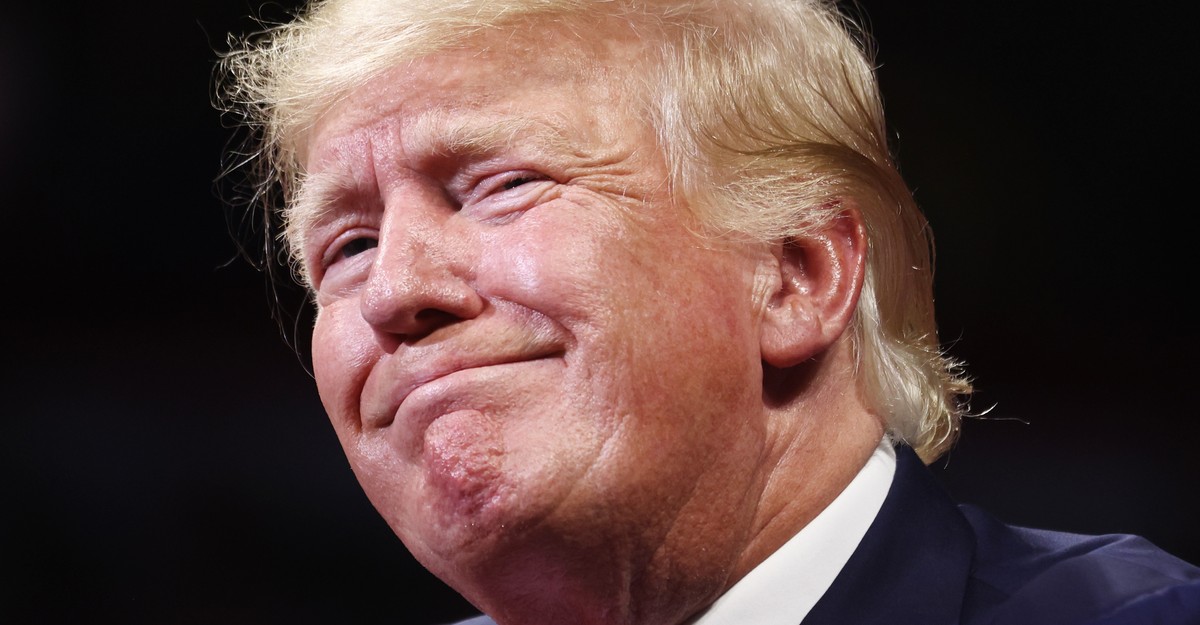 At times in his prepresidential life, Donald Trump represented himself as a real-estate mogul, a television star, a business visionary, and a salesman par excellence. But according to a complaint filed today by New York Attorney General Letitia James, the Trump Organization was actually just a massive fraud with incidental sidelines in property development, merchandising, and entertainment.

The basic scheme alleged in the complaint is straightforward. Trump would use different valuations for properties depending on what he needed: When he wanted to lower his taxes, he’d claim a low valuation; if he wanted to obtain loans on more favorable terms, he would inflate the valuation. His overarching his goal was to inflate his claimed personal net worth year over year, which in turn allowed him to obtain better loans by personally guaranteeing them—all built on bogus claims about his assets.

The way Trump did this was often brazen, in James’s account. In 2011, for example, he obtained an appraisal for his property at 40 Wall Street, valuing the building at $200 million. But Trump claimed the building was worth nearly $525 million (even while attributing the valuation to information from the appraiser). In another case, he calculated an astronomical value of his apartment at Trump Tower by claiming that its square footage was roughly triple the true figure. He also changed values by shifting the methods he used to calculate them from year to year, so that, for example, the claimed value of undeveloped land at a golf course in Westchester County, New York, quadrupled from about $25 million in 2012 to nearly $102 million in 2013.

Sometimes Trump used more complicated methods to achieve the valuations he wanted, according to the complaint. Even though Trump knew that there were numerous restrictions on how he could use land at Mar-a-Lago—including some that he had signed in order to obtain tax benefits—he valued the property as though it bore no restrictions, producing valuations as high as $739 million when, according to the attorney general, the accurate value was about one-tenth of that. At other times, he didn’t even try that hard, instead just tacking a 30 percent “brand premium” onto figures because the properties had his name on them.

Trump will claim that James is a partisan Democrat who is out to get him, and he is not entirely wrong: She is a partisan Democrat, she has pursued him aggressively, and her decision to target him certainly has political merits—she is responding to constituents who want to see Trump targeted, and could benefit politically herself.

Read: The battle to be Trump’s Javert in New York

But the complaint is damning because what James alleges is not especially complex and does not require much imagination or financial numeracy. The figures are all right there in filings and documents, rather than lost in the miasma of vagueness and mob-boss talk Trump often uses in other venues. Either the documents say what James says they do and Trump was juking the stats, or they don’t and he’s been unfairly maligned.

At the very least the claims accord with lots of existing evidence, uncovered by WNYC, ProPublica, and other news organizations. They match up with rumors that have swirled around Trump for years, and with the disdain with which many actual New York real-estate titans treat the Trump Organization. And they also fit in with what we know about Trump’s dealings in other ventures, like the fraudulent “Trump University” or the Trump Foundation, the self-dealing so-called charity that James forced to shut down in a 2019 settlement.

The schemes alleged are so remarkable because they don’t involve tricks like filing false documents. Trump wasn’t doctoring the numbers on forms; he was just brazenly telling different things to different people and assuming that he wouldn’t get caught, and that if he did, he could settle (as he tried to do with James this month) or bluff his way through or it make it go away with a countersuit. For a long time, he was right. Any prosecutor with the will and the manpower could have connected the dots on parts of this alleged fraud long ago.

The parallels between this alleged approach and Trump’s presidency are easy to see. I have written that Trump ran his campaign and administration the way he did his businesses, but it is also the case that he ran his business like he did his administration: by saying whatever he needed to say at any given moment, not sweating contradictions, and overall treating reality not as a fixed thing but as something malleable and contingent, to be warped according to his needs at any given moment.

James is seeking harsh penalties from a court. She wants Trump as well as his children Donald Jr., Ivanka, and Eric to be banned permanently from serving as officers or directors of companies in New York State; to bar Trump and the Trump Organization from any real-estate acquisitions in the state for five years; to prevent them from seeking loans in the state for five years; to place an independent monitor in charge of the company’s financial statements; and to extract some $250 million in money improperly obtained.

If James is successful, those conditions could be a fatal blow to the Trump Organization, effectively ending its run as a family business and a going concern in New York. Whether that will happen, of course, is up to a judge and not up to her, and Trump will have his chance to respond. He is likely to do so with blustering brazenness and flagrant misrepresentations, and given his past record, that just might work.