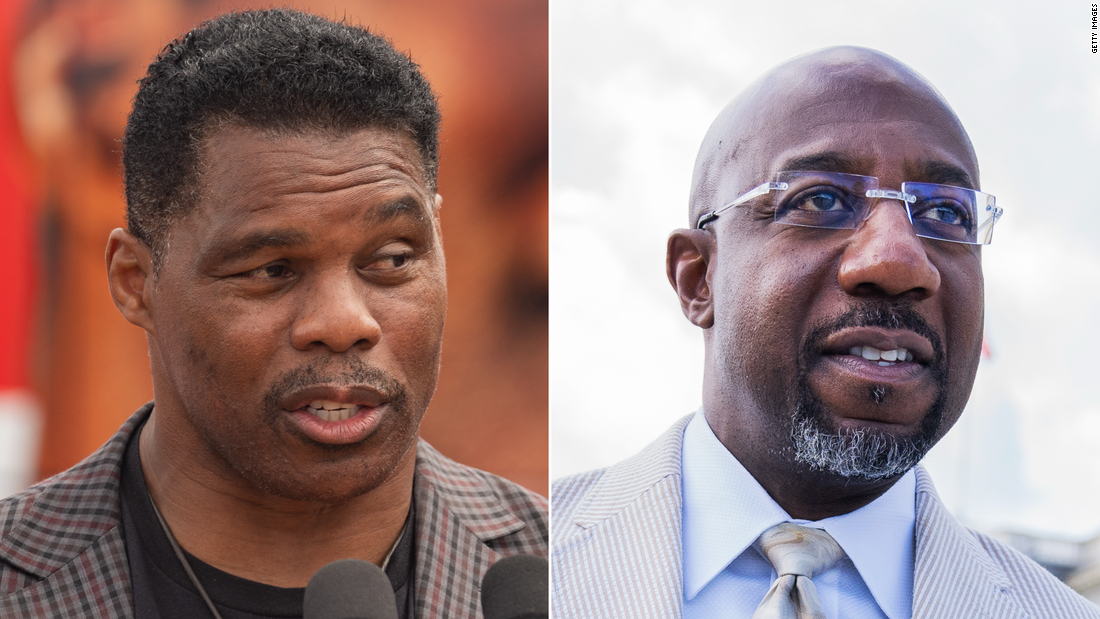 Debate participation — or lack thereof — has become its own political weapon on the campaign trail, wielded by Democrats and Republicans alike as they accuse their opponents of avoiding public scrutiny or demanding ludicrous conditions.

“There seems to be a bipartisan trend of candidates who are either hesitant to debate or the ‘anytime, anywhere’ doesn’t happen. Tough talk on this may play to the base, but it looks awfully weak to independent voters if you can’t debate at least once,” said Doug Heye, a GOP strategist and former communications director for the Republican National Committee.

Candidates in only two states so far have firmly agreed to meet face-to-face and field questions from a moderator, and even with those debates on the horizon in Colorado and Arizona, some of the candidates are still criticizing their opponents for declining additional debate invitations. While Republican Blake Masters and Democrat Mark Kelly have both accepted invitations to attend a Clean Elections/PBS debate on October 6, the Masters campaign continued to hammer away at Kelly on Thursday.

“Mark Kelly declined an invitation to debate on CNN,” said Katie Miller, a Masters adviser, who accused Kelly of wanting to “limit the time” that he has to discuss his views on topics like immigration, LGBTQ issues, and rising crime in front of voters.

Miller added, “We look forward to hearing more about those policies at the only debate Mark Kelly agreed to.”

A person familiar with the invitation said CNN recently invited both Kelly and Masters to debate on the network, but only Masters has accepted the invitation so far. Kelly spokesman Sarah Guggenheimer said the incumbent Democrat would be “keeping with Arizona tradition” by participating in “the local Arizona-based televised debate.”

Some Senate candidates have agreed to participate in multiple debates or candidate forums before the November 8 election. The only problem? There’s little overlap with the debates their opponents have agreed to.
In August, Ohio Democrat Tim Ryan said he would participate in three debates ahead of the fall election, while Republican JD Vance has publicly agreed to two separate debates and privately accepted a third invitation that his campaign is waiting to reveal for now.

“Once JD agrees to these three debates, Tim Ryan will debate JD any other time and place,” Dave Chase, Ryan’s campaign manager, said in August

Text messages reviewed by CNN between both campaigns reveal just how tense the debate discussion has become in Ohio, where the Senate contest has been closer than most political observers expected. In them, a Vance aide mentions two of the three debates the Republican has agreed to while a Ryan aide responds by affirming the Democrat’s commitment to a debate hosted by Nexstar Media Group, saying they “would very much like to come to an agreement on additional debates” if the Vance campaign is willing to “have a good faith conversation.”

“Team Vance wants debates to happen but we’re not going to be bullied by the Ryan camp,” said a Vance adviser.

Izzi Levy, a Ryan spokesperson, accused Vance of “making up scheduling conflicts so he doesn’t have to get on stage” to explain his positions on topics like outsourcing and Big Pharma.

Ryan “is eager to debate JD Vance and has invited him to do so from the Mahoning Valley to the Miami Valley,” Levy added.

The back-and-forth in Georgia

In some of the most competitive races this cycle, candidates have struggled to agree to even a single debate.

In Georgia, incumbent Democratic Sen. Raphael Warnock and his Republican opponent Herschel Walker continue to fight over whether the two candidates will meet on the debate stage and the location if they do. After weeks of fighting back and forth in public, the dueling campaigns remain at an impasse.
Warnock announced earlier this summer that he had accepted invitations to three separate televised debates in the fall, including debates in Macon, Atlanta and Savannah. His campaign ran a TV ad accusing Walker of “dodging” those three debate invitations after the Republican boasted he was “ready to go” debate Warnock.

Then, in early August, Walker said in an appearance with Fox News host Sean Hannity that he had agreed to participate in a debate on October 14 in Savannah, a separate event than the one Warnock had previously agreed to. That put the onus back on Warnock, whose campaign did not immediately respond to this proposal in public.

Finally, on Wednesday, Warnock tweeted he would participate in the Oct. 14 Savannah debate, under the condition that Walker agree to one of the other previously announced debates, in either Macon or Atlanta — and that the debate hosts will not reveal the topics beforehand. Democrats have been eager to capitalize on Walker’s propensity for making confusing comments about policy — a factor that Republicans have expressed particular concern about with their nominee.

Responding on Twitter, Walker said he hoped to “lock down” the Savannah debate but did not agree to a second debate nor to Warnock’s condition about withholding debate topics.

“It’s time for Herschel Walker to stop playing games,” said Quentin Fulks, Warnock’s campaign manager. “The job of a U.S. Senator isn’t one where you know the topics ahead of time or get a cheat sheet, and Herschel Walker shouldn’t need one to find the courage to walk on a debate stage.”

A person familiar with the Republican candidate’s thinking said Walker is not going to agree to another debate, effectively sending both candidates back to square one.

Warnock’s campaign aides view Walker’s bluster on debates as yet another example of him not being fit for the United States Senate, routinely noting that he told reporters “name the place and the time and we can get it on,” but then demurred once Warnock’s campaign did exactly that.

“Reverend Warnock is hopeful that Herschel Walker will finally stop dodging debates and show voters if he’s really ready to represent Georgia,” said Fulks, Warnock’s campaign manager. But even with the stepped-up pressure, Warnock campaign aides are growing concerned that Walker may not debate at all.

Of course, debate dodging carries risks for Walker. The Macon Telegraph reported in August that even if Walker refuses to go to the Atlanta Press Club’s event, the debate will go on and Walker will be represented by an empty lectern.

There is precedent for this: During a Senate runoff in 2020, Sen. David Perdue refused to attend the Atlanta Press Club debate in December and Democrat Jon Ossoff spent the debate standing next to an empty podium. Perdue went on to lose the runoff.

Meanwhile, some of the fiercest fighting over debates has unfolded in Pennsylvania, where an open Senate seat has pitted Fetterman, a progressive Democrat, against political novice Oz, who is endorsed by former President Donald Trump.

After suffering a stroke in May, Fetterman spent two months off the campaign trail and has only sparingly returned in recent weeks. During his break from campaigning, Fetterman’s team pilloried Oz as an out-of-state conservative who just recently moved to Pennsylvania to run for Senate, a series of attacks that worried Republicans and caught the Oz campaign flat footed.

To change the conversation, the Oz campaign has gone on the offense over the fact that Fetterman declined to attend a series of debates, making it central to their message against the Pennsylvania Democrat. The strategy has received some scorn, especially for the way Oz’s campaign aides have, at times, mocked Fetterman’s health, but it has allowed Oz to go on the attack.

On Wednesday, after weeks of attacks, Fetterman said in a statement that he always intended to debate Oz and that the hold-up has “only ever been about addressing some of the lingering issues of my stroke, the auditory processing, and we’re going to be able to work that out.” His comments came on the heels of an editorial by his hometown newspaper, The Pittsburgh Post-Gazette, that raised questions about his “ability to serve” in Congress if he was avoiding “the give-and-take of a vigorous debate.”

Fetterman has not provided specifics over when and where he is open to a debate, leading the Oz campaign to lambast Fetterman for agreeing to a “secret debate.” The Democrat has said he is looking at sometime “in the middle to end of October.”

Beasley, the Democrat, agreed to a mid-October debate in August, but Budd’s team has yet to respond and recently asked for an extension on their decision. Top Beasley campaign aides have maintained that they are ready and open to debating Budd, but one aide noted that the Republican refused to go to any primary Senate debates, suggesting he might skip the debate stage during the general election, too.

“Our posture has been, we are open to debating, we have agreed to this debate, we need to see what Ted Budd is going to do,” said a Beasley aide.

When asked whether they had made a decision to attend any general election debates, Budd campaign aide Jonathan Felts told CNN “not yet.”

Similar impasses have arisen in Nevada, Florida and Wisconsin.

Ignoring that trio of debates, Laxalt wrote on Twitter in August that he had instead agreed to two statewide televised debates hosted by local television stations and was continuing “to consider other debate invites.” Laxalt spokeswoman Courtney Holland pointed to the Republican candidate’s previous comments, noting that Cortez Masto has not agreed to the two debates Laxalt proposed and accusing the Democratic incumbent of “hiding from her constituents.”

In Wisconsin, representatives for both incumbent GOP Sen. Ron Johnson and his Democratic opponent Mandela Barnes are still in the planning stages. A Johnson aide said the campaign was close to reaching a deal but would not provide additional details.

And in Florida, a statewide coordinator for the long-running “Before You Vote” debates, Ron Sachs, told the Orlando Sentinel on Tuesday that Republican Sen. Marco Rubio and his opponent, Democrat Rep. Val Demings, had committed to an October 18 debate to be broadcast in the state’s 10 major media markets. It is the only debate both candidates have reportedly agreed to so far, though neither has explicitly acknowledged that publicly.

“This race is about a cop on the beat taking on a career politician who doesn’t show up for work,” said Christian Slater, Demings’ communications director. “We look forward to making that choice clear to voters on the debate stage and will have further details soon.”

Rubio spokeswoman Elizabeth Gregory declined to confirm the October debate, saying in a statement the Florida senator “looks forward to contrasting his record of getting things done for Florida with [Demings’] record of voting with Nancy Pelosi 100% of the time.”