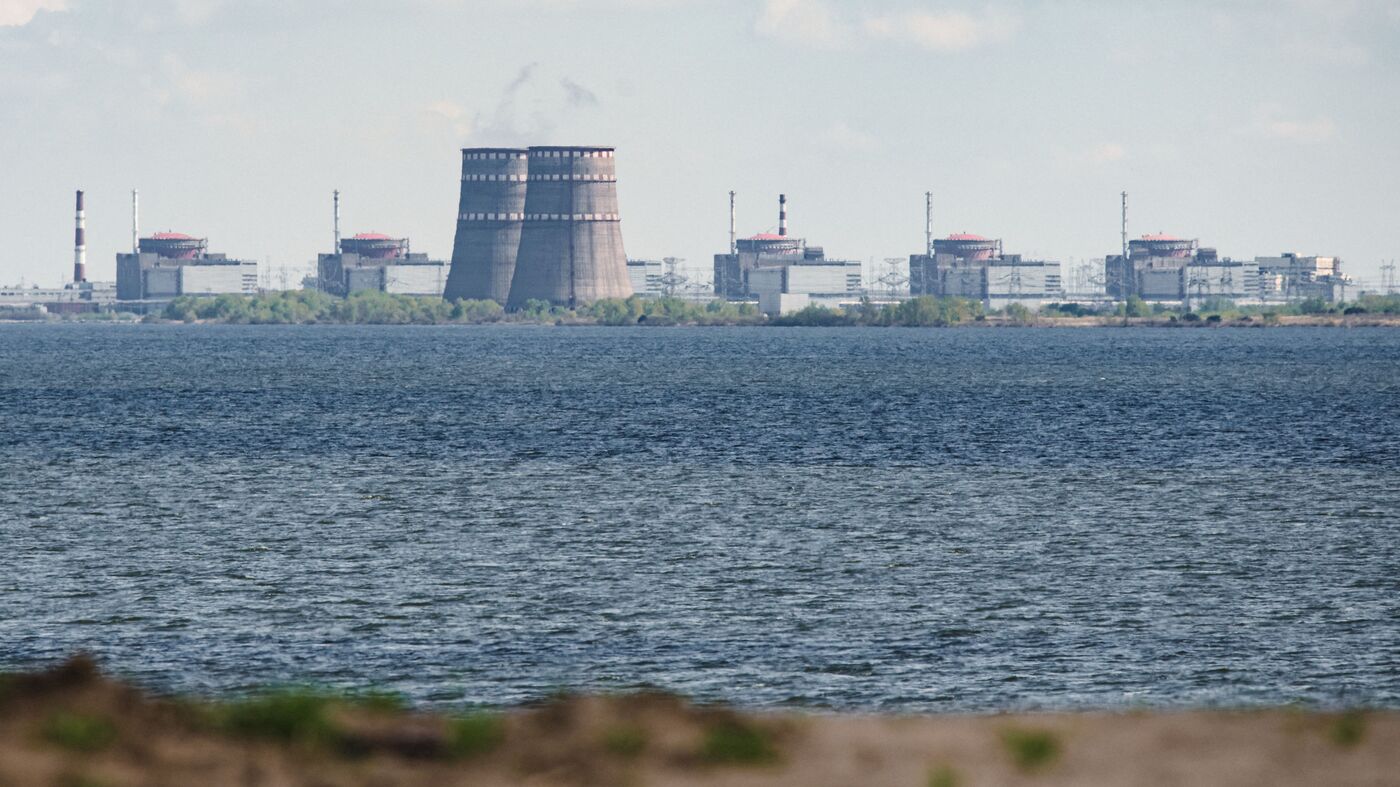 The Zaporizhzhia Nuclear Power Plant has been cut off from the electricity grid since September 5. Nuclear plants require power to keep their reactors cool.

The Zaporizhzhia Nuclear Power Plant has been cut off from the electricity grid since September 5. Nuclear plants require power to keep their reactors cool.

The head of the International Atomic Energy Agency is warning that the risk of a nuclear accident at the Zaporizhzhia nuclear power plant has “significantly increased,” following ongoing fighting around the site.

Grossi also warned that the ongoing crisis might require the plant to shut down its last operating reactor. That would set into motion a chain of events that could intensify the current nuclear crisis. Here’s how.

The Zaporizhzhia nuclear plant is the largest in Europe, capable of producing thousands of megawatts of electricity. But the plant also needs power from the same electricity grid it feeds.

The head of the International Atomic Energy Agency, Rafael Mariano Grossi, says that recent developments have “significantly increased the risk of a nuclear accident.”

The head of the International Atomic Energy Agency, Rafael Mariano Grossi, says that recent developments have “significantly increased the risk of a nuclear accident.”

The power is used to run the various parts of the plant, including its safety and cooling systems. Specifically, nuclear power plants require water to be pumped constantly through their cores in order to function safely, and the pumps need electricity.

At Zaporizhzhia, the power is normally supplied by four high-voltage lines, which connect the nuclear complex to Ukraine’s electricity grid, but the conflict has seen those lines systematically cut. The last 750kV line was severed on September 3, according to the IAEA.

A backup line was disconnected two days later due to a fire on the site. In a press conference shortly after returning from Zaporizhzhia, Grossi told reporters that he believed the power lines were being deliberately targeted:

“It is clear that those who have these military aims know very well… to hit where it hurts so that the plant becomes very, very problematic,” he told reporters shortly after returning from the plant.

Zaporizhzhia has been making its own power, but that’s a limited solution

Since losing its last connection to the grid on Sept. 5, the nuclear plant has been powering itself in so-called “islanding operation mode.” Under this setup, the Unit 6 reactor has been producing low levels of electricity that are running the rest of the facility.

“It’s not good, it cannot be done for a long time,” he says. The problem is less to do with the reactor itself than the turbine, generators and other systems–all of which are designed to run at significantly higher power levels than islanding operation mode provides.

Adding to the problem, Grossi said in his statement, is the increasing strain on the plant’s Ukrainian operators. Many of the plant’s current staff of just under 1,000 live in the nearby town of Enerhodar. Its water, sewage and electrical supplies have all been disrupted in recent days by the same fighting that’s damaged the lines around the plant.

“The shelling is putting in danger operators and their families, making it difficult to adequately staff the plant,” Grossi says.

Shutting down the last reactor will trigger emergency generators

With conditions deteriorating, it seems more likely that Ukrainian authorities will decide to power down the last reactor. But in the short term, that could exacerbate the crisis.

The Russian military has controlled the site since March. Ukrainian workers continue to operate its reactors.

The Russian military has controlled the site since March. Ukrainian workers continue to operate its reactors.

That’s because nuclear reactors are more like charcoal grills than gas stoves. Even after they’re shut off, they remain hot for a long period of time. Water must still circulate in the cores to prevent a meltdown.

“We don’t want to go on the diesel generators, but it’s a situation you can abide by for awhile,” says Steven Nesbit, a nuclear engineer and member of the American Nuclear Society’s rapid response taskforce, which is tracking the current crisis. For example, after losing power during Hurricane Andrew in 1992, the Turkey Point Nuclear Plant in Florida operated for days on emergency diesel power.

If the generators run out of fuel, a meltdown could occur

According to the IAEA, the Zaporizhzhia plant has more than a dozen emergency generators standing by. Normally, the plant holds a 10-day reserve of diesel fuel, the agency says, and currently has approximately 2,250 tonnes of fuel available.

If that fuel is depleted, or the generators are damaged in further fighting, it could trigger a meltdown.

But Nesbit says that doesn’t necessarily mean there would be a Chernobyl-like catastrophe. The meltdown at Chernobyl was due to a unique mix of design flaws and operator error that would be essentially impossible to replicate at Zaporizhzhia.

And unlike the Fukushima nuclear disaster in 2011, some of the reactors at Zaporizhzhia have already been shut down for a while, allowing the nuclear fuel to cool somewhat, Nesbit says.

Even in the worst case scenario, the reactors at Zaporizhzhia are a modern design surrounded by a heavy “containment” building, Nesbit says. “It’s reinforced concrete, typically about three to four feet of that; it’s designed to withstand very high internal pressures.”

That could allow it to hold in any radioactive material.

But the world’s nuclear agency doesn’t want to test any of this. And for that reason, Grossi is calling on all sides to implement a safety zone immediately.

“There is no time to waste,” he says.