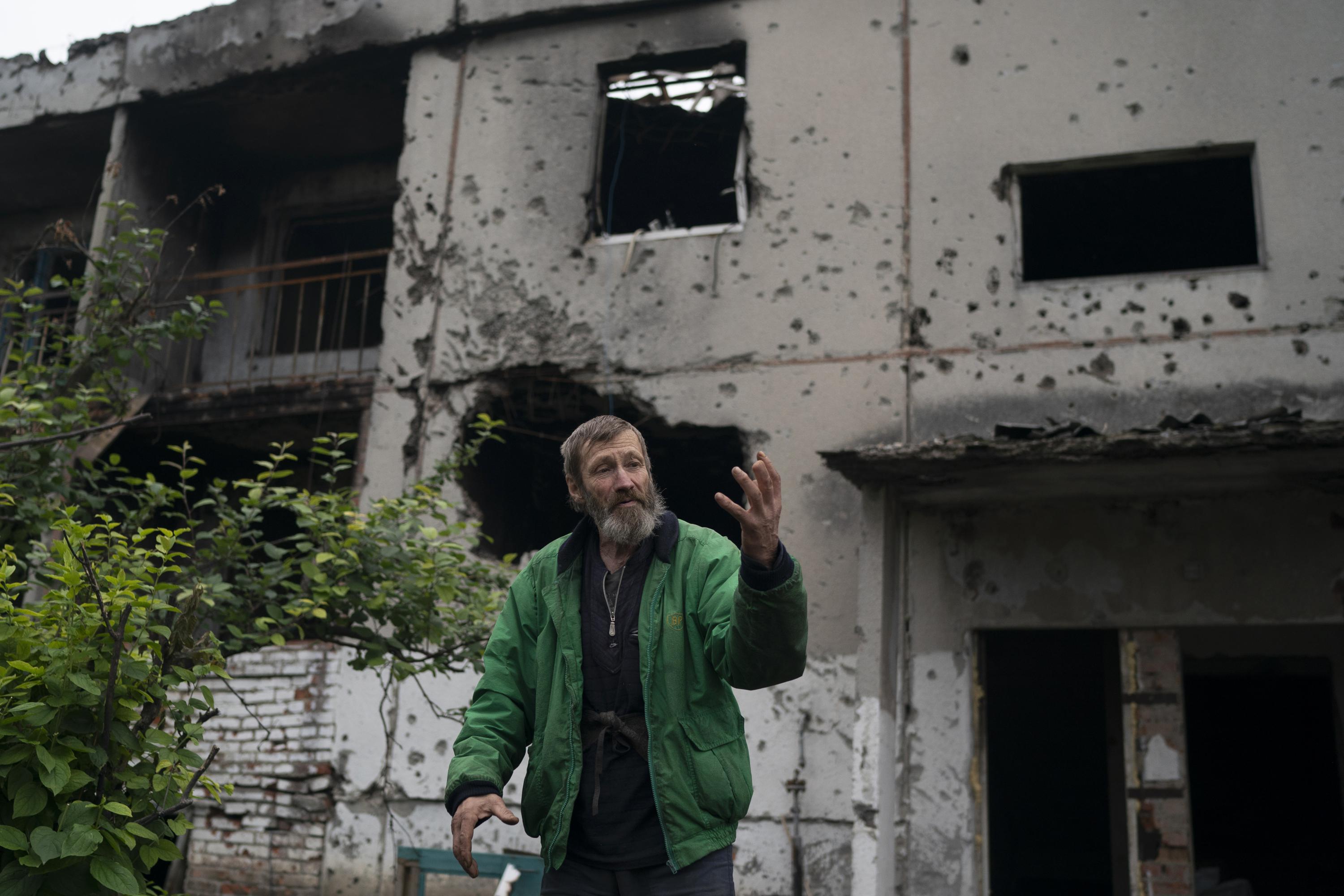 HRAKOVE, Ukraine (AP) — There’s not much left of Hrakove. Its houses and shops lie in ruins, its school is a bombed-out hull. The church is scarred by rockets and shells, but the golden dome above its blasted belfry still gleams in the fading autumn light.

Only about 30 people remain, living in basements and gutted buildings in this small village southeast of Ukraine’s second-largest city, Kharkiv, according to resident Anatolii Klyzhen. About 1,000 lived here when Russian troops rolled over the border in February, occupying the village shortly after.

Those forces abandoned Hrakove around Sept. 9 as Ukrainian soldiers advanced in a lightning-swift counteroffensive. That blitz could be a turning point, setting the stage for further gains in the east and elsewhere — but it could also trigger a violent response from Moscow, leading to a new and dangerous escalation in the war.

There were no signs the Russian soldiers were about to leave. “Nobody knew anything. They left very quietly,” said Viacheslav Myronenko, 71, who has lived in the basement of his bombed-out apartment building with three neighbors for more than four months.

The detritus of a fleeing army still litters the village: packs of empty Russian army food rations, abandoned crates with instructions for using grenades, a gas mask dangling on a tree, an army jacket trampled into the mud. Just outside the village by the bus stop, a Russian tank lies rusting on a road pockmarked with craters from shells, its turret and cannon blown off its body.

Feral dogs roams the mud-rutted streets, and authorities warn of mines and booby-traps in the weeds.

“Before, the village looked really beautiful,” said Klyzhen, who spent 45 days living in his building’s basement while Russian soldiers occupied his now-trashed apartment on the second floor. He eventually managed to flee, deciding to take his chances at checkpoints.

The Russian soldiers were both frightened and paranoid, he said, and would check residents’ mobile phones for anything anti-Russian or anything they thought might give away their positions. Some people were taken away, and he never saw them again.

“I figured I could die at home or die at the checkpoint,” the 45-year-old said Tuesday. But he made it through, and returned after Hrakove was liberated.

After retaking the village, Ukrainian authorities removed abandoned Russian military vehicles, and exhumed the bodies of two men who had been buried by the side of a road after being shot in the head, Klyzhen said. He thinks they were Ukrainian soldiers, but he’s not sure.

“They were killing locals, shooting them,” he said. “There was nothing good in here.”

“There were a lot of destroyed roads, private houses, a lot of people dead and a lot of people missing, both military and civilians,” he said, as residents in nearby Chkalovske gathered to receive recently delivered aid. “Now we are trying to repair the infrastructure, the electricity and gas. The food is brought in because people did not have food.”

During the Russian occupation, Myronenko and his neighbors banded together to clear junk out of the basement of their apartment building and turn it into a shelter. With their apartments destroyed, it remains their home.

They found a couple of metal pipes and wedged them between the floor and the ceiling, hoping that would keep it from caving in as the building shook from explosions, said one of the four, 70-year-old Oleh Lutsai. They ventured outside to plant potatoes despite the incessant shelling, knowing they needed food to survive.

“Of course it was scary, it is very scary for everyone, when everything is shaking in here,” said Lutsai. An oil lamp hung on the wall, casting a soft glow over the cramped room. A kettle whistled softly on a wood-burning stove that Lutsai and his neighbors built.

Leaving wasn’t an option for him. “I’m 70 years old, I was born here,” he said. “Even if I had to die here — but obviously I want to live — I just want to die in Ukrainian Ukraine, not (Russian President Vladimir) Putin’s one. … So why should I run away from here?”