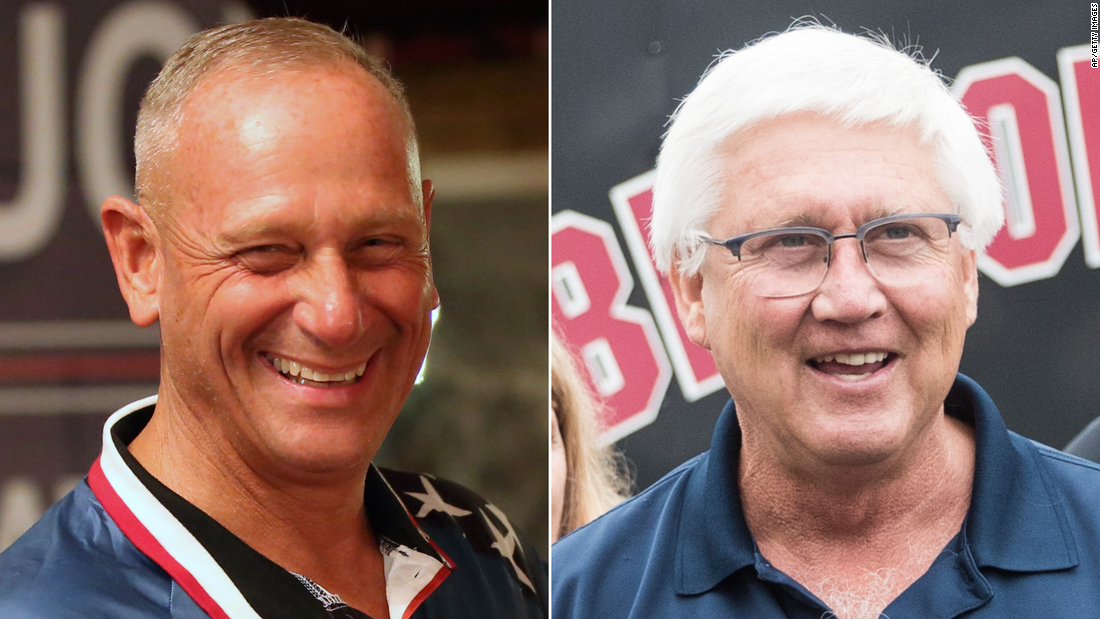 Bolduc joins a list of candidates national Republicans worry won’t be able to appeal to the broader November electorate.

The stakes are high, with a Senate split 50-50 on the line and Republican candidates in Arizona, Georgia, Ohio and Pennsylvania also struggling. The GOP hopes that New Hampshire, where Hassan won by just 1,000 votes six years ago, will be added to the list of battleground states in November.

Meanwhile, the fields were set for two of New England’s most competitive House races on Tuesday, as well — including one in New Hampshire, where a former Trump White House aide who has also parroted the former president’s lies about election fraud defeated an establishment-backed candidate, further complicating the GOP’s efforts to win control of the House.

Here are four takeaways from the final night of 2022’s primary season:

Morse was backed by establishment Republicans, including moderate Gov. Chris Sununu, and was boosted by a super PAC aligned with Senate Minority Leader Mitch McConnell, which pumped more than $4 million into the race in an attempt to stop Bolduc from winning the primary.

Bolduc aligned himself closely with Trump. He said he “concurred with Trump’s assessment” about the 2020 election — that is, Trump’s lie that President Joe Biden’s victory came as a result of widespread fraud.

“I signed a letter with 120 other generals and admirals saying Trump won the election, and damn it, I stand by” that letter, Bolduc said in an August primary debate.

Bolduc has also called Sununu, the Republican governor who national figures attempted to recruit into the race, “a Chinese communist sympathizer.” He has said he would repeal the 17th Amendment to the US Constitution, which requires states to directly elect their senators, and raised the prospect of abolishing the FBI.

In his concession, Morse noted that it had “been a long night & we’ve come up short.”

“I want to thank my supporters for all the blood, sweat & tears they poured into this team effort. I just called and wished all the best to @GenDonBolduc. The focus this fall needs to be on defeating Maggie Hassan,” he wrote.

What was missing from New Hampshire’s primary was Trump. His decision not to endorse any candidate was a departure from Trump’s approach to most Senate primaries this year.

Hassan, who won by around 1,000 votes in 2016, enters the eight-week sprint to the general election having already raised more than $31 million and launched television ads. Bolduc, meanwhile, had raised only $600,000 by the end of the most recent fundraising period on August 24.

Mimicking Trump’s brash style and parroting his election denialism again proved more potent in a Republican primary than embracing the policy substance of his tenure in the White House.

That’s the lesson from the Republican primary in New Hampshire’s 1st District, where 25-year-old political newcomer Karoline Leavitt, a former Trump aide who more closely mimicked the brand of politics that has defined Trump’s orbit of political acolytes, defeated Matt Mowers, another former Trump administration official but one who was more cautious on issues like the lie that the 2020 election was stolen from the former President.

Mowers fully embraced aspects of Trump’s tenure. His website was full of positions that defined the former President, and Mowers touted the fact that Trump endorsed him in his failed attempt to win the seat in 2020.

Rhetorically and stylistically, however, the two were dramatically different.

Mowers’ restraint effectively opened the door for someone like Leavitt to win over Republican primary voters in New Hampshire, many of them who still support the former President.

As polls showed Leavitt rising in the closing days, outside groups like the House Minority Leader Kevin McCarthy-aligned Congressional Leadership Fund and Defending Main Street spent millions on ads looking to help Mowers beat back the challenge from the right. But the money was largely for not — and now Republicans are saddled with a more complicated nominee in a race against Rep. Chris Pappas, one of the most vulnerable Democrats in the country.

Leavitt is one of the first Gen Z candidates to ever win a primary.

The field is set for what’s expected to be one of New England’s most competitive congressional races this fall, after Rhode Island state treasurer Seth Magaziner won the 2nd District’s Democratic primary, CNN projected.
He is now set to face Republican Allan Fung, the Cranston mayor, in the district where long-time Rep. Jim Langevin is retiring. Langevin, a Democrat, has won his races without serious competition since 2001, and President Joe Biden won there by 14 percentage points in 2020. But Republicans believe the seat is winnable.

Fung was the Republican candidate for governor in 2014 and 2018, losing twice to former Gov. Gina Raimondo but performing well in the district, which covers the western half of the state.

Magaziner defeated Sarah Morgenthau, who was the director of the Peace Corps Response under former President Barack Obama; David Segal, who once served in the state legislature and ran a failed congressional race in 2010; and Joy Fox, who worked as communications director for Langevin and Raimondo.

McKee hangs on in Rhode Island

One of the least popular governors in the country, Rhode Island’s Dan McKee faced four primary challengers as he seeks his first full, elected term in office.

But McKee, who took over as governor last year when Raimondo left the job to join the Biden administration, is no stranger to tough primaries — he almost lost his bid for renomination as lieutenant governor in 2018.

In the end, though, despite being weighed down by a federal investigation into the controversial awarding of a state contract to a firm with ties to an old ally — an episode in which McKee has denied any wrongdoing — he emerged from the packed field, likely benefiting from a split among the anti-incumbent vote.

Both of his closest rivals, former CVS executive Helena Foulkes and Secretary of State Nellie Gorbea, ran as reformers with pledges to clean up government. Foulkes, who promised not to run for reelection if she didn’t revitalize Rhode Island schools, was endorsed by House Speaker Nancy Pelosi.

The race was a bust for progressive favorite Matt Brown, the Bernie Sanders-endorsed former secretary of state, who trailed the leaders four years after losing a primary challenge to Raimondo.