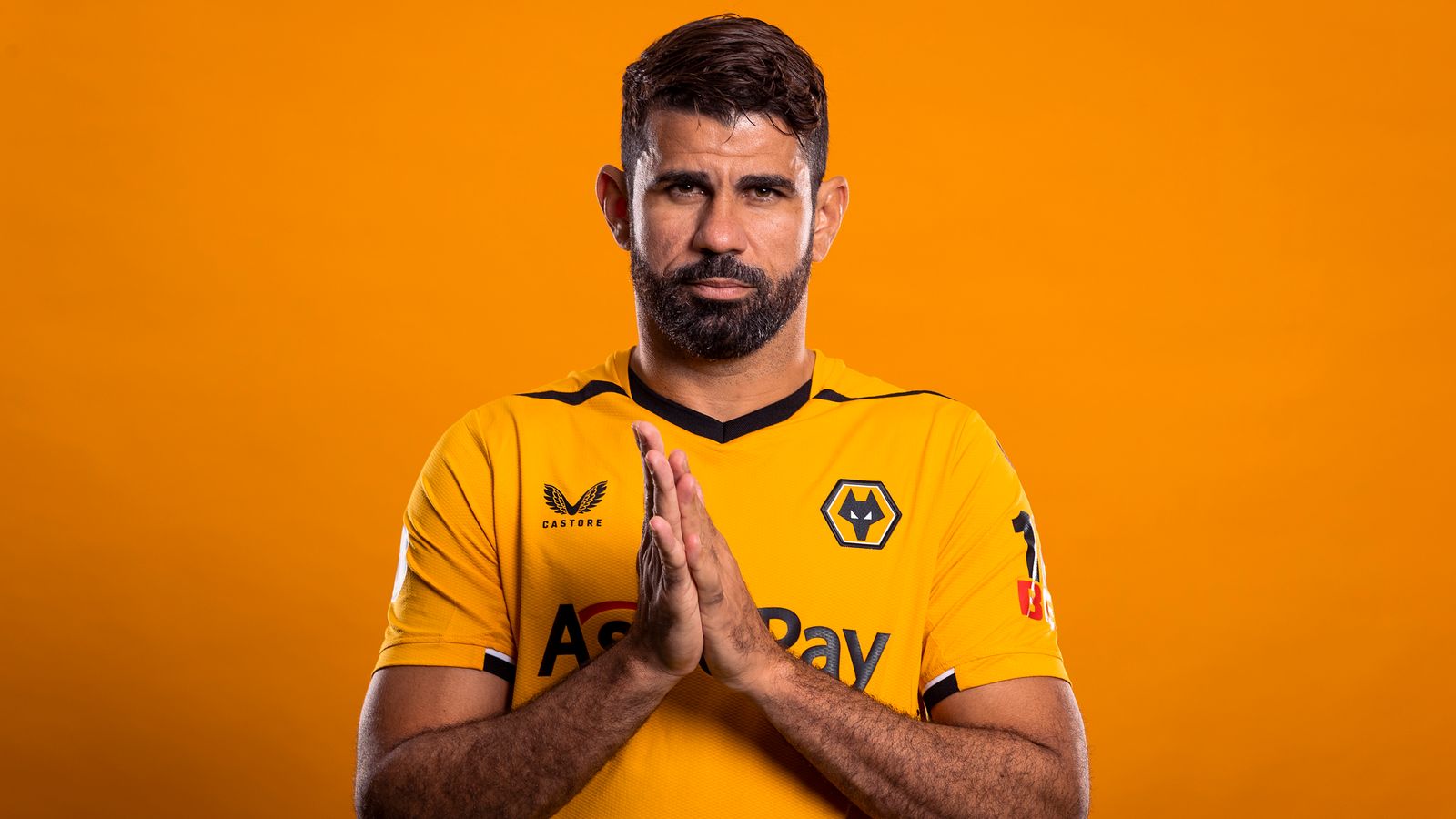 Diego Costa has joined Wolves on a deal until the end of the season after having his work permit granted to seal a return to the Premier League.

The 33-year-old former Chelsea striker has signed on a free transfer after leaving Brazilian side Atletico Mineiro in January, where he played 19 times and scored five goals in the 2021 season before his contract was terminated after just five months.

Wolves have moved for the ex-Atletico Madrid forward after summer signing Sasa Kalajdzic was ruled out by an ACL injury he suffered during their home win over Southampton last weekend.

Despite being linked with fellow Brazilian side Corinthians, he has remained without a club. Last August, Marca reported he was close to signing a deal with La Liga mid-table side Rayo Vallecano.

Costa has not played a single professional game since December 2021 and it remains to be seen whether Lage picks him in his squad for Saturday’s game against champions Manchester City.

Analysis: Great signing, but how long until Costa is match fit?

Let’s not forget why this move came around for Wolves. Having spoken to Bruno Lage many times this season – the Wolves manager continuously reiterated how important it was to bring in another striker to provide competition for their star Raul Jimenez.

They brought in Sasa Kaladjzic from Stuttgart before the transfer window closed and although there was a lot of excitement around the Austrian’s arrival – nobody could foresee his debut ending after 45 minutes against Southampton with an ACL injury. He’ll be out for the foreseeable future.

Wolves acted fast in the free agent market and in Costa, they have a suitable short-term replacement for the season while Kaladjzic recovers.

Although Costa does turn 34 next month, let’s not doubt the impact could have on Wolves. His CV speaks volumes: 52 goals in 89 Premier League appearances with numerous trophies to back his stats.

Wolves have played entertaining football so far this season in a new formation Bruno Lage brought in this summer. This has led to a promising new look defence with Max Kilman and Nathan Collins at the centre of it – with the team boasting the fewest goals conceded so far this season. FREE TO WATCH: Highlights from Wolves’ win against Southampton in the Premier League

However, the issue for Wolves this season has been goals at the other end of the pitch. With their summer additions of Matheus Nunes and Goncalo Guedes as well as Pedro Neto and Daniel Podence, Wolves have the players to put the ball on a plate for Costa and he in turn can provide a focal point as well as rotate with Jimenez.

The question remains – how long will it take for Costa to get match fit after not playing since December 12 for Atletico Mineiro, but there should be no doubts that Costa could provide just the bite that Wolves need to get more goals into their side. Could Costa be perfect for Wolves?

Injury to Wolves striker Sasa Kalajdzic at Southampton has set off a chain of events that has led us here. The prospective return of Diego Costa. Not everyone is convinced that any move will work but most feel compelled to keep their eyes on it to find out.

For three years, Costa was a snarling presence in the Premier League. His goals had taken Atletico Madrid to the title and he repeated the feat with Chelsea. Twice. Opposition fans hated him. Opposition players hated him. Everyone wanted him on their team.

There are lots of good reasons why Costa is not the answer to Wolves’ problems. Reasons, presumably, that persuaded the club to pay upwards of £15m to bring in someone else just days earlier rather than turn to the out-of-contract forward then.

Costa has not played professional football in 2022. He will be expected to play off memory – but those memories are still fresh in England. This is a player last seen on a Premier League pitch celebrating his role in what remains Chelsea’s most recent title win.

Indeed, Costa was the man who helped Chelsea to each of their last two Premier League titles. He scored 20 goals in both campaigns, firstly under Jose Mourinho and then Antonio Conte. Striker had been a problem position at Stamford Bridge. Costa made it his own.

But since then goals have been harder to come by. He has not hit double figures in a league season since. The edge is still there in his mind. Perhaps not in his ageing body. And yet, Atletico Madrid won trophies with him. Atletico Mineiro did the double in Brazil.

Wolves would welcome that winning mentality. It is a squad that has been shorn of senior figures. An abrasive personality on the pitch might be useful. Off it, there will be hope and expectation that – as a native Portuguese speaker – he could adapt quickly.