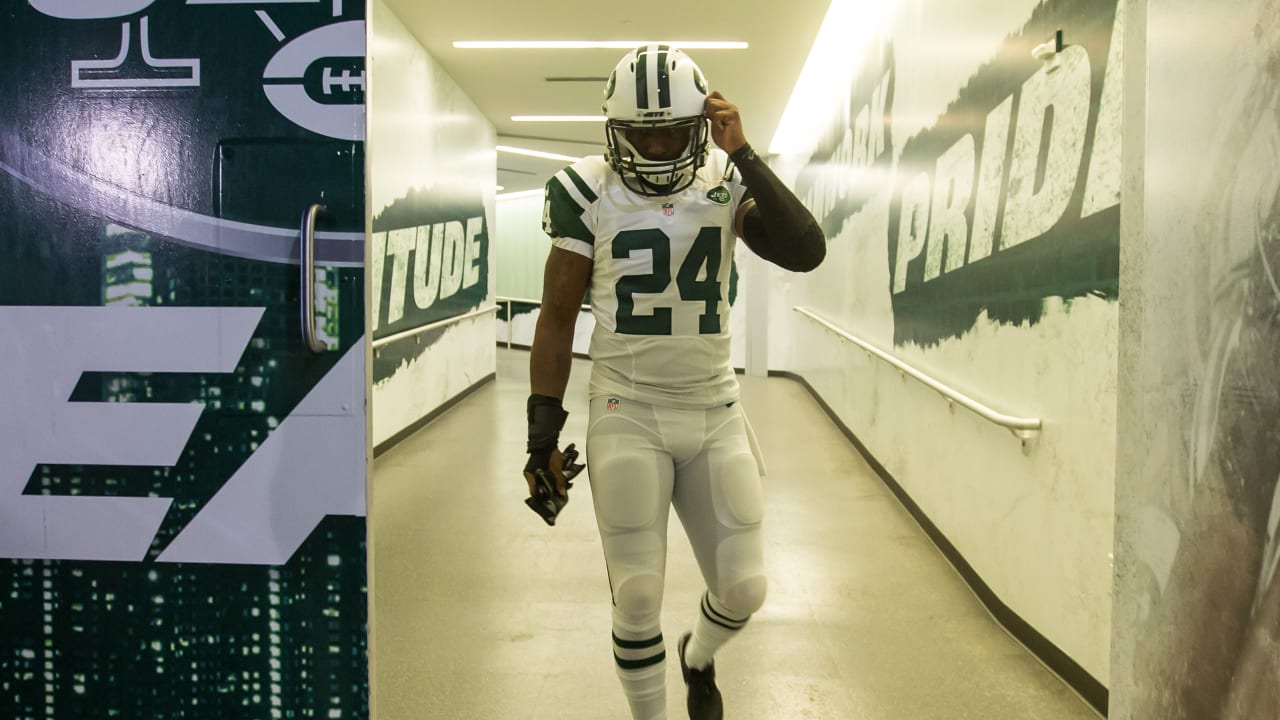 Darrelle Revis will move into the Jets Ring of Honor in a ceremony at MetLife Stadium on Nov. 27 when the Green & White play host to the Bears.

Revis’ next stop after that could be Canton, OH — he was one of nine first-year candidates picked among 129 nominees for the Pro Football Hall of Fame’s 2023 class.

The Jets made Revis, a University of Pittsburgh product, the first cornerback chosen in the 2007 NFL Draft when they moved up 11 spots in a trade with Carolina and took him with the No. 14 overall selection. He started quickly with 3 interceptions and 17 PDs his rookie campaign and then followed it with 5 interceptions and 16 PDs in Year 2.

He arguably had one of best defensive seasons in NFL history in 2009 when he collected 6 interceptions in addition to a league-high 31 pass defenses while living on his Island and locking up the likes of Randy Moss, Terrell Owens, Andrew Johnson, Chad Johnson and Steve Smith. The Jets advanced to the AFC championship games in 2009 and 2010 with Revis hauling in 2 picks along with 6 PDs in his six postseason games with the Jets.

After recording 4 interceptions in 2011, Revis tore his ACL in a Week 3 contest at Miami and his 2012 season ended. He was traded to Tampa Bay the following offseason and spent the 2013 and ’14 seasons in New England and Tampa. Revis added a Super Bowl title to his résumé in 2014 when the Patriots topped the Seattle Seahawks in Super Bowl XLIX.

Revis returned to the Green & White in 2015 and he helped the Jets improve their win total by 6 games while amassing a career-high 9 takeaways, leading the NFL with 4 fumble recoveries, and finishing with 5 interceptions.

Canton could be painted green in August because Joe Klecko was named one of three Senior finalists for the Pro Football Hall of Fame over the summer. While Klecko needs 80% of the votes when the selection committee holds its annual meeting in Arizona before Super Bowl LVII, the list of modern-day nominees will be reduced to 25 semifinalists in November and 15 finalists in January before the committee chooses the Class of 2023 at the same meeting.