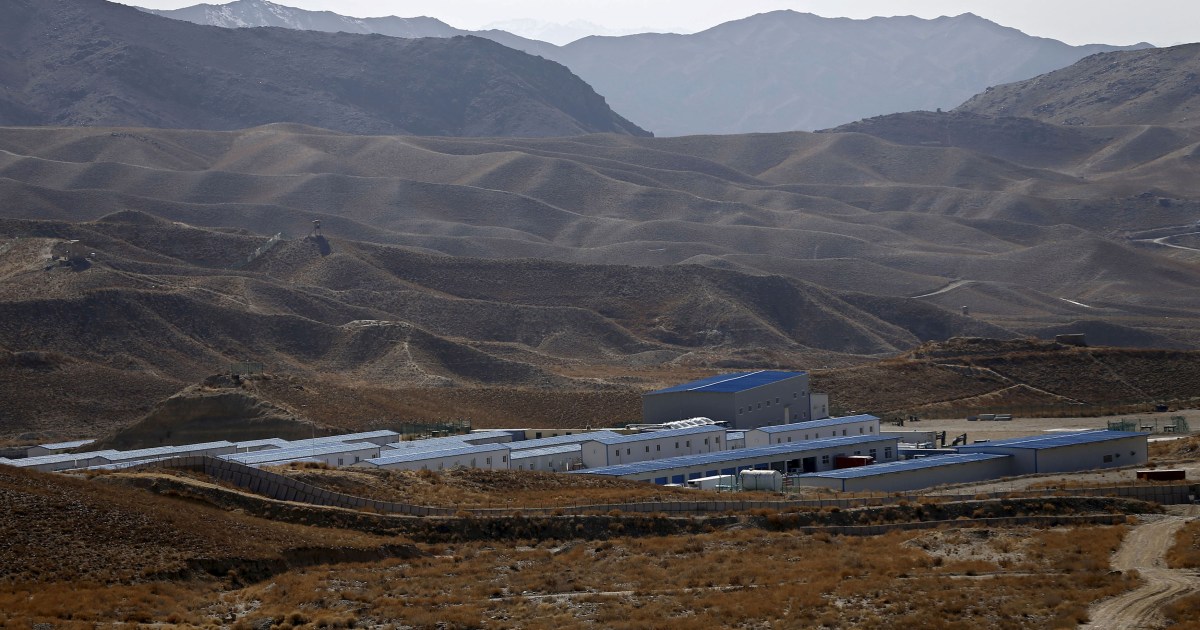 Speculation is mounting that China will take advantage of the power vacuum created by the 2021 U.S. withdrawal from Afghanistan and seek dominance over that country’s mineral resources, particularly its lithium deposits. These resources play a key role in the global energy transition away from fossil fuels and toward renewable resources. Given its global role in exploiting critical minerals, China’s possible activities in Afghanistan raise both security and good governance challenges to the West. In this piece, we unpack several reasons to be skeptical of near-term Chinese-led investment in Afghanistan’s lithium sector while outlining the broader geopolitical interests that may be driving China’s moves in this space.

Concern by the United States and its allies about China’s potential push into Afghanistan’s mining sector is well-founded. China is diplomatically and commercially poised to make additional moves in Afghanistan. Beijing is well positioned to strike mining deals with the Taliban. It has kept its diplomatic mission running in Kabul, hinted that it may formally recognize the Taliban government, and voiced opposition to international sanctions against Afghanistan— though has stopped short of trying to lift them. Foreign Minister Wang Yi even made a surprise visit to the country in late March, the highest-ranking foreign official of any country besides Pakistan and Qatar to do so after the Taliban’s rise to power. He denounced “the political pressure and economic sanctions on Afghanistan imposed by non-regional forces.”

Chinese-Afghan mining deals theoretically make sense. Chinese mining companies could provide the Taliban with much-needed cash to soften the blow of a crippling international sanctions program, which has sparked an economic and humanitarian crisis. In exchange, Beijing would get access to a new, bountiful source of minerals critical to the government’s ongoing decarbonization efforts.

Chinese dominance across critical mineral supply chains poses a strategic challenge to the U.S. and Europe’s green energy transition. The lithium found in Afghanistan is a crucial component of large-capacity batteries for electric vehicles and clean-energy storage systems. Copper, nickel, cobalt, and rare earth elements are also found in Afghanistan, all of which are crucial to the energy transition. China already controls a significant share of mineral processing capacity and is stepping up downstream investments to maintain its control over these and other minerals.

Perhaps aware of the challenge, Washington has recently made moves to bolster its own energy resources. Notably, President Joe Biden invoked a Cold War statute, the Defense Production Act, to boost U.S. production of minerals and metals necessary for electric vehicles  and clean-energy storage systems.

Chinese inroads in Afghanistan also present global governance and corruption questions. Even before the Taliban took control, Afghanistan was plagued by poor governance, marked by a lack of transparency, weak rule of law, and high conflict. In the wake of the American exit, a pro-democracy/anti-corruption force, though heavily flawed, has vanished from the scene. The effect of China’s entrance—potentially as a partner in trillion-dollar business deals—cannot be predicted. But in other countries, China has played an ambiguous role in anti-corruption efforts at best.

Corruption has plagued Afghanistan before. When states are unable to implement transparency, accountability, participation, and other complementary mechanisms— as mentioned in our Leveraging Transparency to Reduce Corruption TAP-Plus framework— there is a greater risk that citizens will not see the economic development benefits of natural resource rents.

In practice, however, American anxiety surrounding China’s potential moves in Afghanistan’s mining sector may be misplaced, for now. Large-scale Chinese development of Afghanistan’s mining sector is improbable, at least in the short term. There are major commercial and operational barriers, as well as regulatory and security challenges. It seems unlikely Beijing would make an aggressive, high-risk lithium play in Afghanistan when other projects in its pipeline are easier to develop and in less risky jurisdictions.

Afghanistan’s significant but largely unexploited mineral reserves are valued at an estimated $1-3 trillion. However, that estimate does not consider the extraordinarily high cost of accessing the reserves. A 2019 Afghan mining sector map estimated that the country’s reserves include critical resources for the energy transition, like 2.3 billion metric tons (MTs) of iron ore, 30 million MTs of copper, and 1.4 million MTs of rare earth materials. The country is also believed to have significant stores of lithium, potentially rivaling those of Bolivia, which currently has the world’s largest reserves.

Afghanistan’s recent acute economic decline has driven questions about how the country may leverage untapped mineral wealth. The country is currently facing a devastating humanitarian crisis, exacerbated by inflation, millions of dollars in lost income, and the collapse of the country’s banking sector following the Taliban’s takeover. In 2021, the International Monetary Fund warned that Afghanistan’s GDP could contract by up to 30%. Given the surging demand for lithium, there has been speculation that selling the untapped reserves may offer the Taliban an opportunity to forge legitimate connections with international actors and secure a steady stream of legal income.

There is already artisanal and small-scale mining in Afghanistan, most of which is informal and unregulated, taking place outside of the country’s formal fiscal and regulatory regime. Mining was a main source of revenue for the Taliban— as well as for Daesh, local militias, and warlords – throughout the U.S. war in Afghanistan. The Taliban established income streams from a relatively diverse portfolio of minerals, comprised of bulk commodities (e.g., coal), industrial minerals (e.g., talc and chromite), and more traditionally “lootable” high-value-per-weight minerals that are easy to get to market (e.g., gold and gemstones, notably emeralds, rubies, and lapis lazuli). The group is estimated to have earned between $200 million and $300 million from mining, its second-largest revenue stream following narcotics. This income was sourced through a combination of direct mining income, collecting quasi royalties and protection payments from miners, and transit tolls.

However, as things currently stand, the Taliban cannot commercialize Afghanistan’s mining sector, including lithium, without outside help. The Taliban’s mining portfolio is mostly comprised of minerals that can be mined and/or processed with limited capital and technology. Gemstones and gold are mined by artisanal and small-scale miners from surface or near-surface deposits using relatively rudimentary processes, but mining and processing lithium is capital- and technologically- intensive and will therefore require outside investment.

Western investors are unlikely to invest in Afghanistan’s lithium sector given the sanctions risk. The leading candidate to step forward is China, which has long pursued strategic dominance in the lithium-dependent battery storage segment of the green energy revolution. Reuters reported that, as of 2019, “Chinese entities now control nearly half of global lithium production and 60 percent of electric battery production capacity.”

China has maintained a tricky yet friendly relationship with the Taliban since their takeover. Unofficially, China has been “speaking with the Taliban for many years.” In July, a month before Kabul officially fell, Taliban leadership welcomed the prospects of Chinese aid and reconstruction: “China is a friendly country, and we welcome it for reconstruction and developing Afghanistan… If [the Chinese] have investments, of course, we will ensure their safety.” In November 2021, representatives of several Chinese companies reportedly conducted on-site inspections of potential lithium projects in Afghanistan.

Yet, there are several reasons to be skeptical of near-term Chinese-led investment in Afghanistan’s lithium sector.

Simultaneously, state-owned China National Petroleum Corp. is discussing revamping the Amu Darya oil and gas project development. There are also rumored to be other ongoing conversations between the Taliban and Chinese investors, including those related to lithium. There is limited information regarding which companies might be considering lithium investment and where, making it hard to disentangle substance from speculation. To date, no deals have materialized. This suggests that while China is willing to acquire concessions, its primary interest may be blocking other players’ access to these resources.

As others have noted, it is hard to see why China would make an aggressive short-term play in Afghanistan’s lithium sector – given the pipeline of projects and opportunities that would be much easier and less risky to develop. With the exception of the DRC, in all of these examples, Chinese companies have sought out advanced projects in jurisdictions with a mining track record.

Beijing is no doubt aware that any significant mining development in Afghanistan faces serious obstacles in the short term due to insecurity and corruption. An alternative read of the situation is that China is using the potential of investments, including in lithium mining, as one of many bargaining chips with the Taliban to build strong relations and advance its broader geopolitical interests. Chinese bids for concessions may also be a strategic move to preempt other countries from investing in Afghanistan’s mining sector, sealing off other players’ concessions to maintain its own market dominance.

Beijing has been clear that it wants regional stability and the Taliban’s help achieving it.

It is more likely that Beijing is developing relationships to retain an option for large-scale development down the line while waiting to see how Afghanistan’s politics and commercial lithium markets shake out. China’s goal of maintaining stability in Afghanistan and broader regional security in Central Asia, where it has made substantial investments in energy and infrastructure projects as part of its Belt and Road Initiative, is important to safeguard and link its economic investments. The Belt and Road Initiative covers the China-Pakistan Economic Corridor, a series of construction projects throughout Pakistan that includes the development of a large international port at Gwadar, via rail, road, and pipelines.

Beijing has been clear that it wants regional stability and the Taliban’s help achieving it. Foreign Minister Wang has said China supports an inclusive government that incorporates non-Taliban factions, advances moderate domestic and foreign policies, and cracks down on terrorist groups. On the latter point, Beijing has made it clear that the Taliban must cut ties with terrorist groups as a condition of further relations and investment, particularly the Tehrik-i-Taliban Pakistan and the Turkistan Islamic Party (TIP), a Uyghur militant group that repeatedly targets China. The Taliban appears to be considering Beijing’s demands in this respect and in late May relocated TIP fighters away from the Chinese border. However, China remains cautious. For example, China may be hesitant to use its full powers in the U.N. Security Council to dismantle the sanctions regime against Afghanistan because it may not trust the Taliban to fully restrain the TIP.

Overall, the viability of large-scale mining development may well hinge on Afghanistan’s longer-term political and economic trajectory. The government is plagued by divisions, and hard-liners appear to be winning an internal power struggle, evident in a series of draconian actions in late March that rolled back freedoms in the country – including barring older girls from secondary school. China would likely tolerate a hard-line government if it is stable. However, in the current context, donors are less likely to provide assistance beyond basic humanitarian aid, making it challenging for the Taliban to address mounting security and economic challenges.

Beijing’s short-term calculus may change if China’s projects in Latin America do not come to fruition, or if logistical barriers subside and the economic and humanitarian situation stabilizes in Afghanistan. For now, however, there remains a high degree of uncertainty as to whether China will make a serious effort to develop Afghanistan’s lithium reserves.