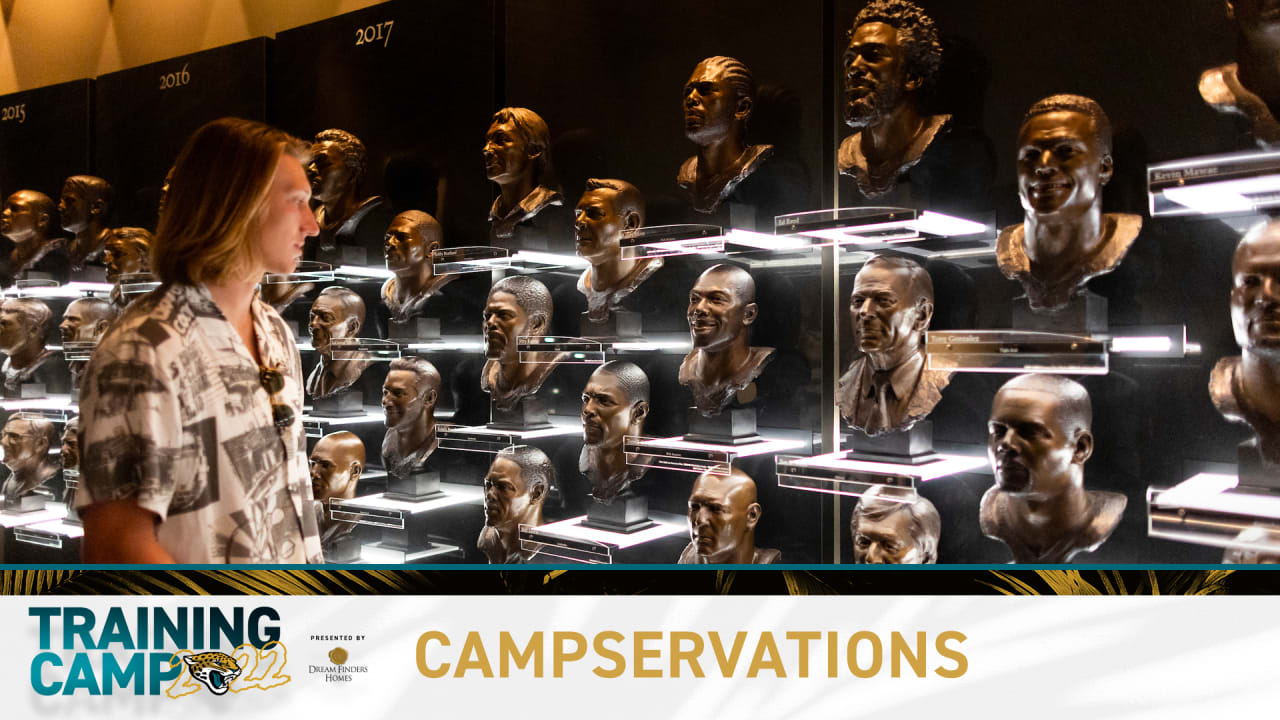 JACKSONVILLE – Sunday was a day for the present around the Jaguars – and for hitting.

Saturday was for honoring past greatness. That’s what Head Coach Doug Pederson did when he and General Manager Trent Baalke flew to Canton, Ohio, to attend the 2022 Pro Football Hall of Fame induction ceremony.

Pederson said the importance of the moment to Jacksonville and Jaguars fans was evident in Canton.

“One hundred percent,” Pederson said. “We had a lot of fans. Organizationally, we had a lot of people there. You really felt the impact and the love this city has for this team and this organization over the years. You definitely felt it Saturday.”

Pederson, in his first season as the Jaguars’ head coach, also on Sunday discussed a 27-11 loss to the Las Vegas Raiders in Thursday’s Hall of Fame Game.

Sunday was the first time Pederson spoke publicly since the loss.

“It’s never as good as you think and never as bad as you think,” Pederson said. “There were some good individual efforts out there during the game. There are a lot of things we have to clean up. It just comes down to fundamentals and details.

“We spent the first two weeks of camp really installing offense and defense. There were a lot of things we kind of threw at these guys from a mental standpoint. Now that we’re into the meat and potatoes of training camp, things slow down from an installation standpoint. We can go back and really fine tune some of the assignments and some of the mistakes we made and build toward the next one.”