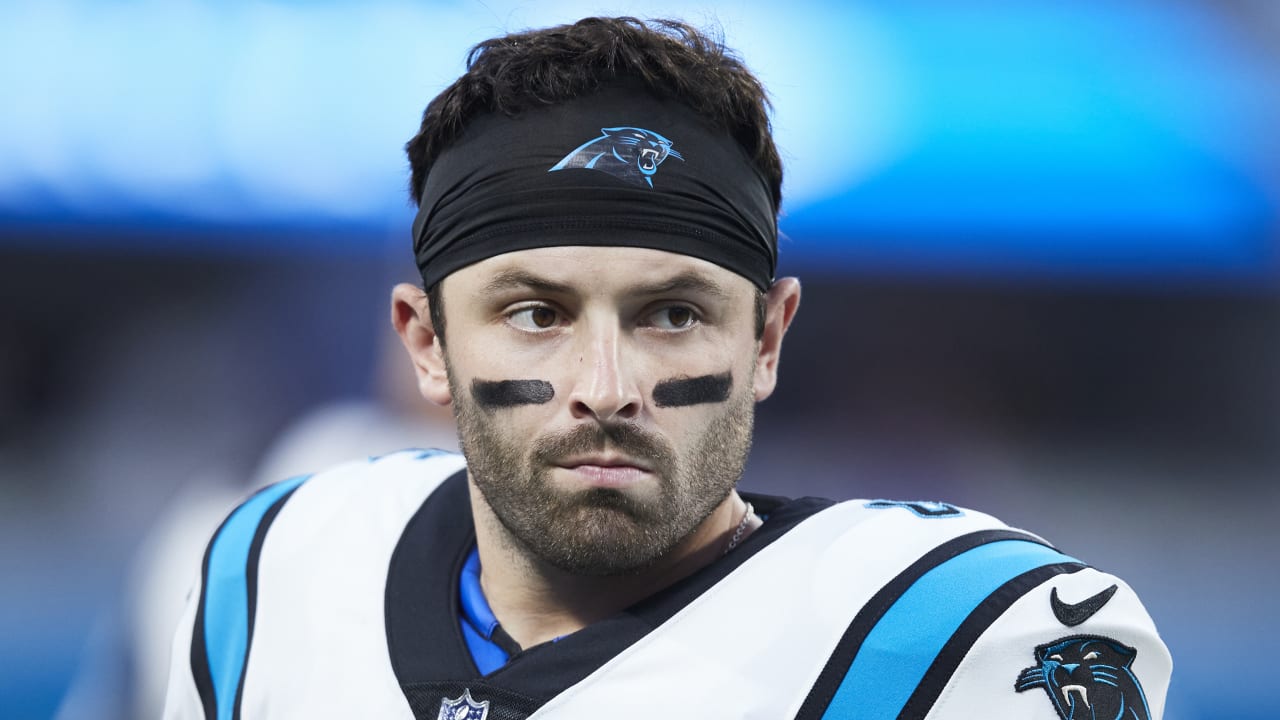 Baker Mayfield’s debut with the Panthers carried an air of additional importance — and the first half of it was putrid.

Fortunately for Carolina and its new quarterback, it’s only one game. As Mayfield said afterward, “Everybody made this out to be the Super Bowl, but despite what everybody is going to make this, there are 16 more games.”

The next contest in that group of 16 arrives Sunday in the form of a trip to the Meadowlands. If the Panthers hope to avoid an 0-2 start, they’ll need to be better in the first 30 minutes of regulation.

The entire Carolina offense struggled in the first two quarters of the Panthers’ Week 1 loss to the Browns, gaining the vast majority of its 95 first-half yards on the Panthers’ lone scoring drive before the break. By the time Browns kicker Cade York’s 58-yard, game-winning field goal passed through the uprights, it became clear that the hole Carolina dug for itself was simply too deep to overcome.

“The preparation, everything we did leading up to it was spot on. We just didn’t execute,” Mayfield said Wednesday, via the team’s official site. “Laid an egg in the first half and fell behind, and against a team that runs like that, it’s hard to come back. So the response has been exactly what we want. Everyone has been extremely critical of themselves, leaders have put ownership on themselves, and also, at the same time, players aren’t losing their heads. Just go to work. It’s another day; play the next play, fix the mistakes, and go get them.”

The Panthers’ second-half performance, however, is what’s motivating Mayfield and his still-new Carolina teammates as they get set to face the Giants on Sunday.

“(The fourth-quarter rally), that’s the potential for all of our guys to look at, just everybody doing their job,” Mayfield said. “Realizing even in some not-so-great looks, we were able to execute our plays and do it at a high level. Like I said, it was two completely different teams first half and second half, so everybody do your job. Focus on that, play the next play … and realizing we can be a very good team and confident in that.”

In that second half, Mayfield completed 6 of 8 passes for 134 yards. Seventy-five of those yards came on a touchdown pass to Robbie Anderson that instantly transformed a game that seemed just out of Carolina’s reach. And that scoring completion came after Mayfield led an 11-play, 75-yard drive that ended with his own rushing touchdown — and a celebratory football fired into the wall of Bank of America Stadium.