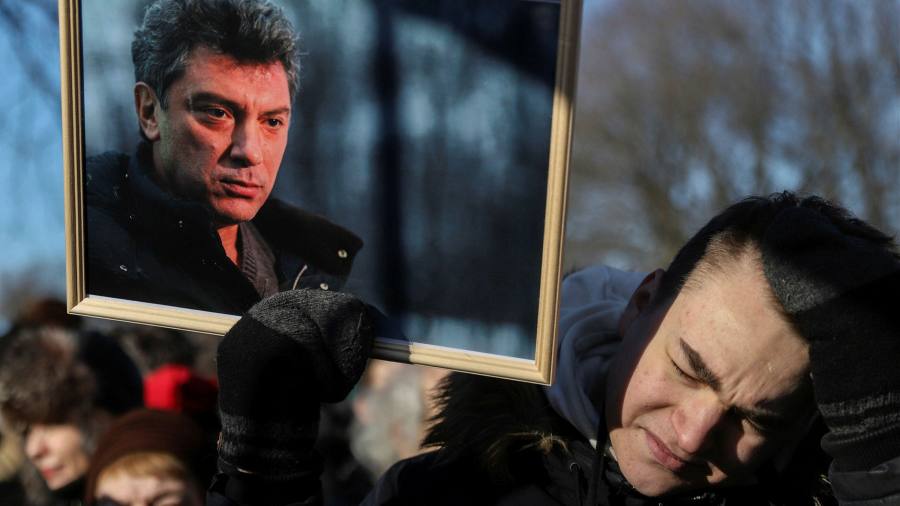 The Russian invasion of Ukraine in February sparked a glut of podcasts providing regular reports on developments on the ground. From the BBC’s Ukrainecast to Tortoise Media’s Invaded: Voicemails from Ukraine, these swiftly assembled series illustrated how, with the right resources, podcasts can be just as effective as radio at reportage and rolling news. But long-form current affairs series are still where the medium really excels. Unconstrained by schedules, these are the series taking today’s events and telling the bigger stories around them.

Another Russia is a new podcast looking at the evolution of a nation. It is presented by Ben Rhodes, podcaster and former deputy national security adviser to Barack Obama, and Zhanna Nemtsova, journalist and daughter of Boris Nemtsov, the physicist, politician and outspoken critic of Putin who was shot dead outside the Kremlin in February 2015. Nemtsova’s father is the fulcrum of the series, an activist for democracy who, in the 1990s, was named by Boris Yeltsin as his potential successor. According to Rhodes, “Zhanna’s father was at the centre of all the major turning points in Russia’s modern history” and he “represent[s] the future that Russia lost, the road that was not taken”.

In the opening episode, Nemtsova recalls the death of her father. That day, he had told his daughter he was doing a radio interview and would be speaking out against Russia’s annexation of Crimea. Nemtsova’s mother was staying with her at the time in her Moscow apartment. At midnight, she heard her mother cry out. “And she just came into my room and said ‘Your father was killed. He is dead.’” Asked by Rhodes what was the first thing that went through her head, she replies, “Putin. Putin did it.”

The pair go on to tell a wider tale of Russian politics that begins in 1982 with the proposed construction of a new nuclear plant near Nizhny Novgorod (formerly Gorky); in objecting to the plant, Nemtsov took his first stand against autocracy. The story then moves to the Chernobyl disaster of 1986 and the collapse of the Soviet Union in 1989. Nemtsova was a small child in the late 1980s, but she still manages to give a vivid sense of what it was like to live through these events.

Of course, Russia’s descent into corruption and the rise of Putin are a tale that has already been told in books, films and TV documentaries, but now, with the invasion of Ukraine, it has a chilling new chapter. By focusing on Nemtsov, Another Russia finds a fresh path into a familiar story, reframing it via one man’s dissent. For Nemtsova, Russia’s corruption and geopolitical bullying are personal and her outrage in this podcast is palpable. She tells Rhodes she had two options after her father died: “Either to keep silent or to speak up. And I decided to speak up.”