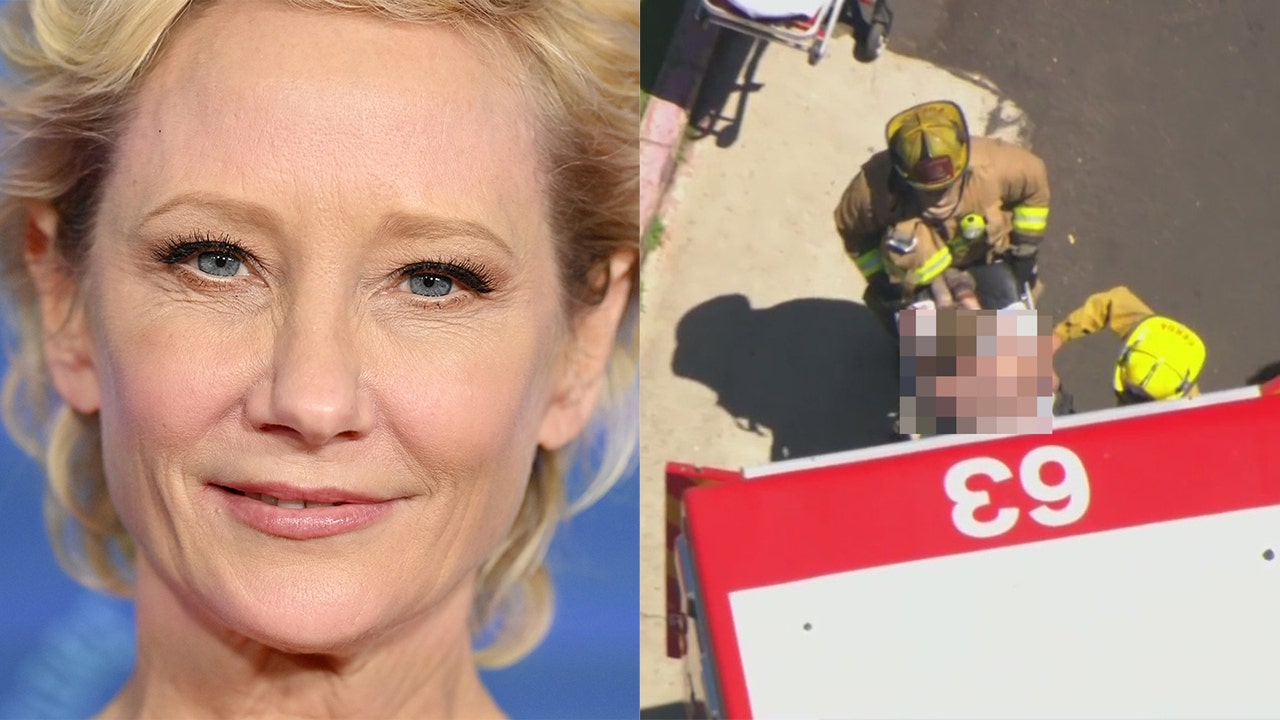 Actress Anne Heche crashed a vehicle into a Mar Vista, California, home, Friday, igniting a fire. She was transported to a hospital in critical condition, according to emergency responders.

Heche, 53, was driving a blue Mini Cooper when she first crashed into a garage of an apartment complex in Los Angeles.

Witnesses told TMZ they tried to help the actress out of her car before she fled.

Shortly after her first crash, Heche then crashed into a nearby home in Mar Vista and ignited a fire, according to FOX 11. The fire reportedly engulfed the house, and Heche was rushed to a Los Angeles hospital by ambulance.

Brian Humphrey, a spokesperson for the Los Angeles Fire Department, told Fox News Digital the person involved in the accidents was transferred to a hospital in critical condition.

A resident was present at the time of the accident at the home and escaped injury. Heche, however, sustained burn injuries and was “conscious and breathing” when she was placed on a stretcher.

According to TMZ, the “Six Days Seven Nights” star is intubated at a hospital.

The Los Angeles Fire Department shared a statement saying the vehicle had a single occupant when it rammed into a two-story home built in 1952.

“Fifty-nine firefighters took 65 minutes to access, confine and fully extinguish the stubborn flames within the heavily damaged structure and rescued one female adult found within the vehicle who has been taken to an area hospital by LAFD Paramedics in critical condition,” the statement said.

Per TMZ, doctors were unable to run tests to determine if Heche was under the influence while operating her vehicle due to her condition.

No other injuries were reported, and the cause of the crash is under investigation, according to FOX 11.

A rep for Heche did not immediately respond to Fox News Digital’s request for comment.

Heche crashed into a Mar Vista, California, home, igniting a fire. She was taken to a hospital.
(BACKGRID )

Helicopter footage captured the fire department extinguishing the blaze and loading Heche into an ambulance to be transferred for further care. A Fox 11 commentator was heard describing the horrific crash.

“If there’s anyone alive in there it would be a miracle,” the commentator said.

Per the video footage, Heche was seen being wheeled out in a white sheet. Burn victims are often wrapped in a sterile sheet and sometimes sterile water is applied to the sheet to cool the burns.

The video footage then shows Heche abruptly sitting up as firefighters are seen rushing her to an ambulance.

The actress’ most recent film was the action picture “13 Minutes,” in which she starred alongside Thora Birch, Amy Smart and Will Peltz. Heche recently showed support for friend Alec Baldwin after the public criticized the actor after his “Rust” tell-all interview.

“My friend, no matter what happens in our lives that we can’t control, I am with you,” Heche wrote on a Baldwin Instagram post. “Mostly because I know the kindness of your soul.”

Brian Humphrey, a spokesperson for the Los Angeles Fire Department, told Fox News Digital the person involved in the accident was transferred to a hospital and is in critical condition.
(FOX 11)

Heche went through a public divorce in January 2018 from ex-husband James Tupper. The couple spent 10 years together and share a son, Atlas, 13.

The “Volcano” actress was romantically linked to Ellen DeGeneres from 1997 to 2000. She brought the talk show host to the premiere of “Volcano” in 1997. She claimed she was “blacklisted” from Hollywood as a result.

“I didn’t do a studio picture for 10 years,” she said in an interview with Page Six. “I was fired from a $10 million picture deal and did not see the light of day in a studio picture.”

Heche received an Emmy nomination for her role as Rowena Larson in “Gracie’s Choice” in 2004.

Janelle Ash is an entertainment writer for Fox News Digital.