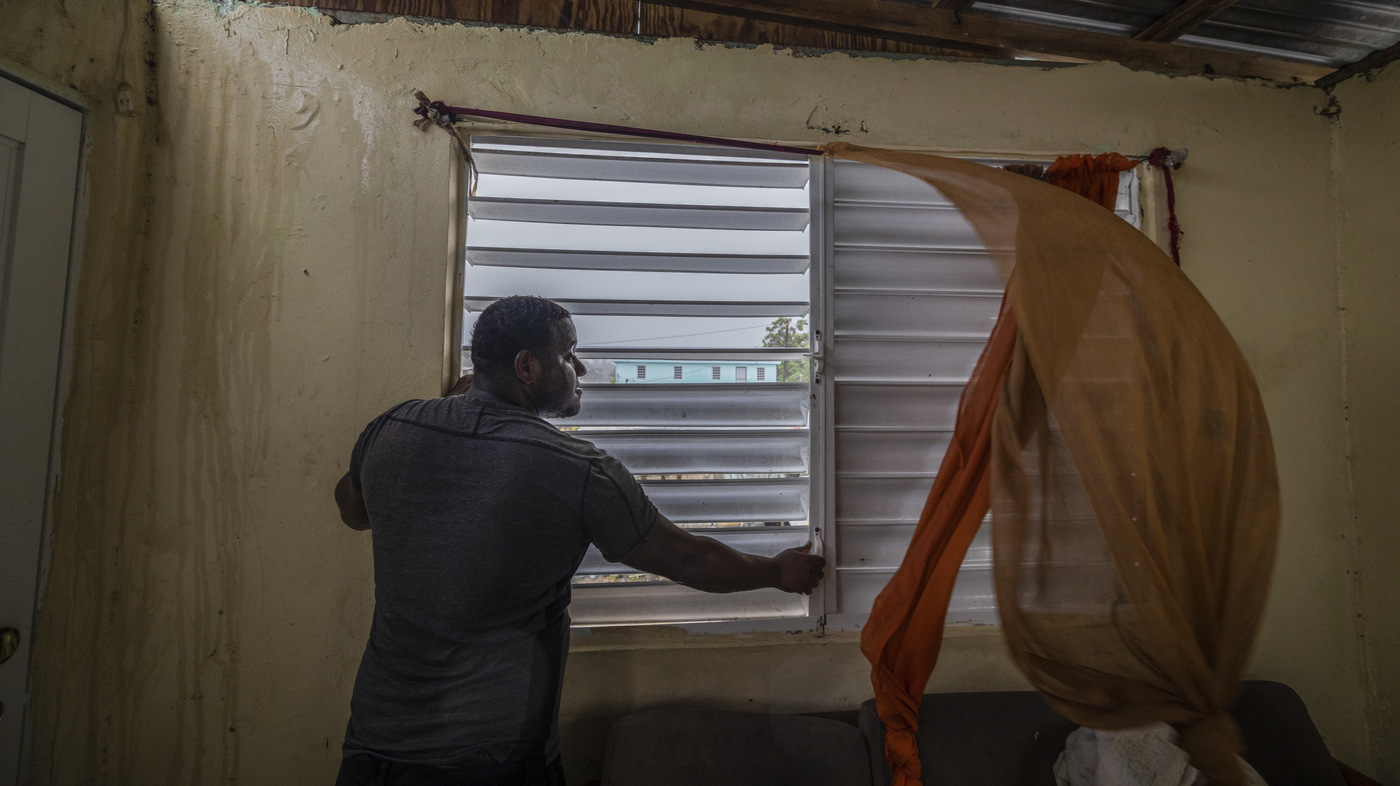 Nelson Cirino secures the windows of his home as the winds of Hurricane Fiona blow in Loiza, Puerto Rico, on Sunday.

Nelson Cirino secures the windows of his home as the winds of Hurricane Fiona blow in Loiza, Puerto Rico, on Sunday.

Hurricane Fiona made landfall in southwestern Puerto Rico on Sunday afternoon, as the entire island continues to reel from the knockout of its electricity grid.

The Category 1 hurricane was predicted to produce dangerous landslides and heavy flooding on an already storm-battered island.

As of Sunday afternoon, the storm was centered 15 miles south of Mayagüez, a community on Puerto Rico’s western coast, according to the National Hurricane Center. It had maximum sustained winds of 85 mph and was moving northwest at 9 mph.

Fiona is expected to trigger 12 to 16 inches of rainfall in Puerto Rico but up to 25 inches across the island’s eastern and southern regions.

More than 1,400,000 customers have lost electricity due to a transmission grid failure from the current hurricane, according to utility companies’ reports tracked by PowerOutage.US.

Gov. Pedro Pierluisi wrote on Facebook that the Puerto Rico Electric Power Authority and Luma Energy responders “are active and ready to respond to the situation once conditions allow.”

The storm will move toward the Dominican Republic by Monday

The National Hurricane Center expects Fiona to stick around Puerto Rico into Sunday evening and move toward the Dominican Republic by Monday. It’s poised to travel to the east of the Turks and Caicos Islands on Tuesday.

The flash flooding will likely be “life threatening and catastrophic” across Puerto Rico and the eastern Dominican Republic, according to officials monitoring the storm. The combination of a storm surge and the tide could produce rising waters up to three feet in the southern coast of the island.

So far, Fiona has wreaked havoc on the eastern Caribbean, damaging roads, destroying properties and killing person in the French territory of Guadeloupe, Sylvie Gustave Dit Duflo, an official for the region, wrote on Twitter.

The storm is also forecast to be potentially devastating for parts of the Dominican Republic, northern Haiti and the southern end of the Bahamas in the coming days.

It was not long ago when the island’s power grid was devastated by Hurricane Maria — a category 4 storm that caused about 3,000 deaths in 2017. More than 80% of the transmission and distribution system was ruined and the restoration process has been slow.

As a result, blackouts have been an ongoing issue on the island.

President Biden approved an emergency declaration for Puerto Rico on Sunday, which authorizes the Department of Homeland Security and the Federal Emergency Management Agency to coordinate disaster relief efforts.