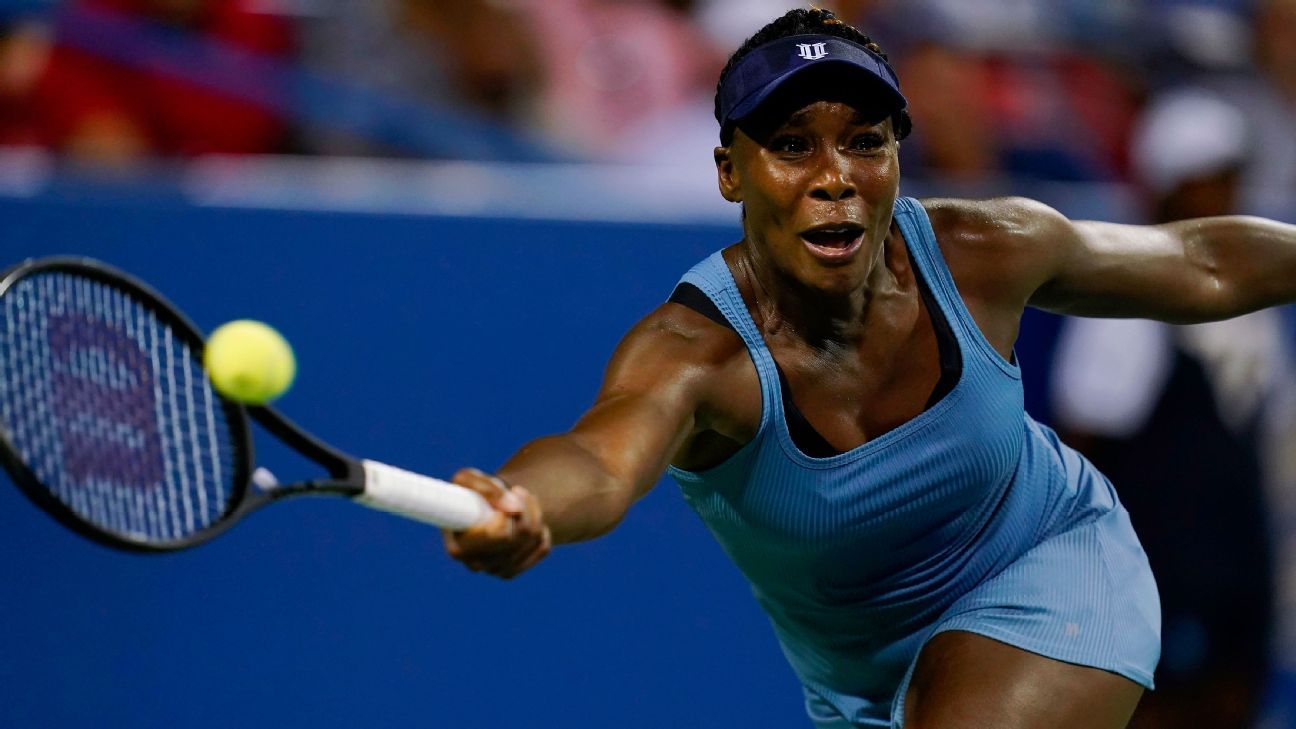 For one memorable set on Monday night in front of a sold-out crowd at the Citi Open, Venus Williams seemed to have rediscovered her former dominance.

Battling the lingering heat and humidity of the Washington, D.C., evening — and Canadian qualifier Rebecca Marino across the net — Williams chased down every ball and put on a clinic with her power and grit. It was hard to believe this was her first competitive singles match in nearly a year.

And then reality, and Williams’ 42 years, suddenly seemed to catch up with her. She was fatigued and sluggish in the second set, and she had few answers for Marino’s strong serve. Williams struggled on her own service games, as well, recording three consecutive double faults late in the set.

But Williams’ signature tenacity remains very much intact, and she dug deep and found another level early in the decider. She took a commanding 4-1 lead and a victory seemed all but certain.

Williams’ comeback fairy tale was over before it had really even started.

“I didn’t think I played well a lot of the times,” Williams said after the match. “Just trying to shake off some rust. That’s just to be expected. All I can do is just play another tournament and play better.

A win on Monday, and perhaps an even more substantial run this week, would have been the latest legendary moment in a career full of them. The seven-time major champion and former world No. 1 hadn’t played a singles match since the Chicago Women’s Open in August 2021, when she lost in the first round in straight sets to Su-Wei Hsieh.

Currently unranked due to her lack of recent activity, Williams received a wild card to play at the Citi Open. She had called playing at the tournament a “homecoming” in a statement, as she had played for Washington’s World TeamTennis team for nine seasons.

It would have been the perfect place to triumphantly kick off her latest return.

Her prolonged absence from competition, in addition to her lackluster results in recent years (Williams has won just four matches since the start of 2020) sparked rampant retirement rumors earlier this season. But Williams surprised fans with her return to the court in mixed doubles at Wimbledon earlier this summer by teaming up with Jamie Murray. The duo — who were immediate fan favorites on the grounds of the All England Club — reached the round of 16 before falling to Alicia Barnett and Jonny O’Mara in an epic clash that ended in an 18-16 tiebreak in the deciding set.

Williams had not intended to play at Wimbledon when she arrived in London but said she was inspired by her sister Serena’s comeback and “saw the grass” and “got excited.” She and Murray received a late wild-card entry to play in the event. Perhaps rejuvenated by her time at that tournament, Williams then received the wild card to play singles in Washington as well as the upcoming 1000-level tournaments in Toronto and Cincinnati. Williams will need a wild card to compete at the US Open, which begins on Aug. 29, but she is expected to receive one for the year’s final major.

Williams will have two more opportunities to prepare for New York over the coming weeks, and there certainly were aspects of her game in Monday’s match against Marino she can feel good about as she heads north of the border.

The future beyond New York remains much murkier. Williams has given few hints for plans in the sport and has been notably tight-lipped when it comes to questions about her status on tour. The speculation regarding her inevitable retirement will likely continue, especially if she is unable to record a win in either of the lead-in events prior to the US Open.

Still, as she showed for flashes on Monday, she might not be done just yet. Williams has talked at length about her love for the game and competing, and she cited that as her primary motivation to keep going at this stage. As evidenced by the adoring crowd in the nation’s capital, tennis will be happy to have her for however long that might be.