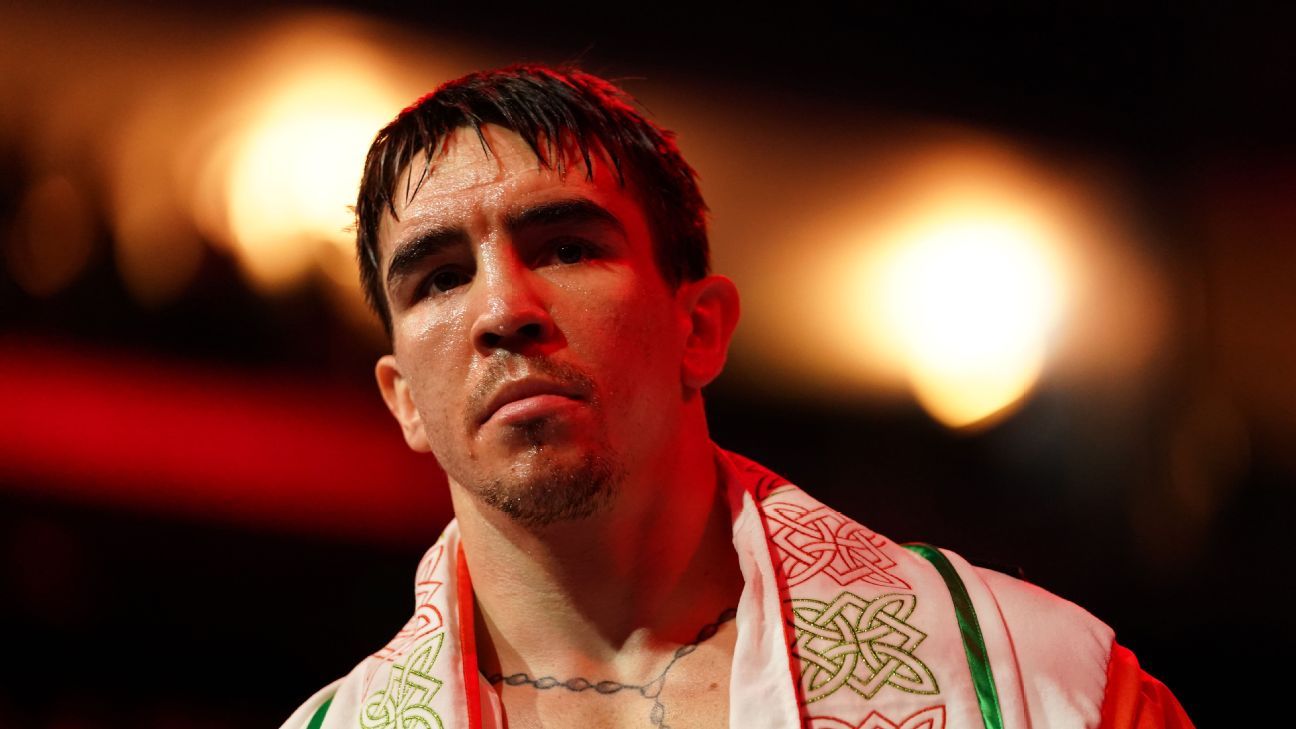 After getting knocked out of the ring in a jarring defeat five months ago, Michael Conlan would have been forgiven had he chosen an easier opponent than Miguel Marriaga for his return on Saturday (ESPN+, 2 p.m. ET).

In one of the best fights of 2022 on March 12, Conlan entered the last round with a narrow points lead but then was knocked out by Leigh Wood, fell backward through the ropes and off the ring apron.

“Luckily, my brother Jamie [former boxer who challenged for the junior bantamweight title in 2017] was there to catch me,” Conlan told ESPN. “He was on his feet ringside, shouting instructions, saw what was happening and ran over and got me, which was lucky enough because it could have been a lot more dangerous than it was.

Top Rank Boxing is now on ESPN and ESPN+. Subscribe to ESPN+ to get exclusive boxing events, weigh-ins and more.

“But it was more drama than what actually happened. The paramedics were trying to put an oxygen mask on me when my gumshield was in, and people were thinking I was dead, and it was stupid. It wasn’t well handled.”

Conlan, 30, from Belfast, Northern Ireland, had controlled a lot of the fight, but Wood rallied in the later rounds to floor Conlan at the end of the 11th and then pulled off the win in the final round with a cluster of punches in front of his home crowd in Nottingham, England.

Conlan (16-1, 8 KOs) insists he did not take a lot of punishment in the fight, despite the worrying end, and is glad to be facing a proper test this weekend.

“The punch that got me was [more] fatigue than actual damage done on me,” Conlan told ESPN. “Not one of his punches before hurt me. Up until the last half of a round, I was completely in control and I didn’t take much stick in the fight, or a beating. So I wanted to get straight back into it.

“There’s no one better for me to face right now than Marriaga. He’s tried and tested, fought at a good level.”

Marriaga (30-5, 26 KOs), 35, from Colombia, also lost his last fight (a decision to Eduardo Ramirez in December) but is heavy-handed and experienced, having faced top fighters such as Vasiliy Lomachenko and Oscar Valdez in unsuccessful world title challenges.

Conlan reflects on his first world title fight against Wood, as a learning experience and hopes a victory in his home city of Belfast at the SSE Arena will set up a rematch with Wood (26-2, 16 KOs), 33, the WBA “regular” featherweight champion. Wood is being linked with a fight against Leo Santa Cruz, the distinguished Mexican who holds the WBA “super” featherweight world title.

“What I learned from that [Wood] fight is, don’t get drunk on your own success,” Conlan told ESPN. “I was doing more than I needed to do — I could have just boxed myself to victory in the last half of the fight. Although having said that, the scorecards were tight somehow [105-102, 104-103 and 104-103 in favor of Conlan at the time of the stoppage], I don’t understand that. But I took more from that loss than I would [have] from winning it. I made a lot of silly mistakes and I have rectified those with my trainer, Adam Booth.”

Conlan said promoter Matchroom was looking to do the rematch with Woods in the winter, but the WBA ordered the Santa Cruz-Woods fight and Santa Cruz has accepted.

“Of course I want the rematch. He won the lottery that night with that punch, and you could see it in his reaction,” Conlan said. “When is that [Santa Cruz] fight going to happen, and will it ever happen? I’m not so sure, but I hope Leigh wins if it does so we can do the rematch. If it drags on, I will chase another champion. I’m willing to fight the best right away. I’ve already shown I can hang with the best guys in the world.”

This is the second time Conlan is trying to rebound from a shocking defeat. The first was a controversial loss at the 2016 Olympics, before he turned professional and accumulated 16 straight victories. But Conlan insists it would be wrong to expect him to adopt a safety-first approach.

“I’m not a gung-ho fighter anyway, but against Leigh Wood I went to war a bit because of what happened in the fight,” Conlan told ESPN.

“My plan is to box like I usually do. I haven’t been gun shy in sparring. I just want to go in there and right the wrong. I’m comfortable in my mindset.”