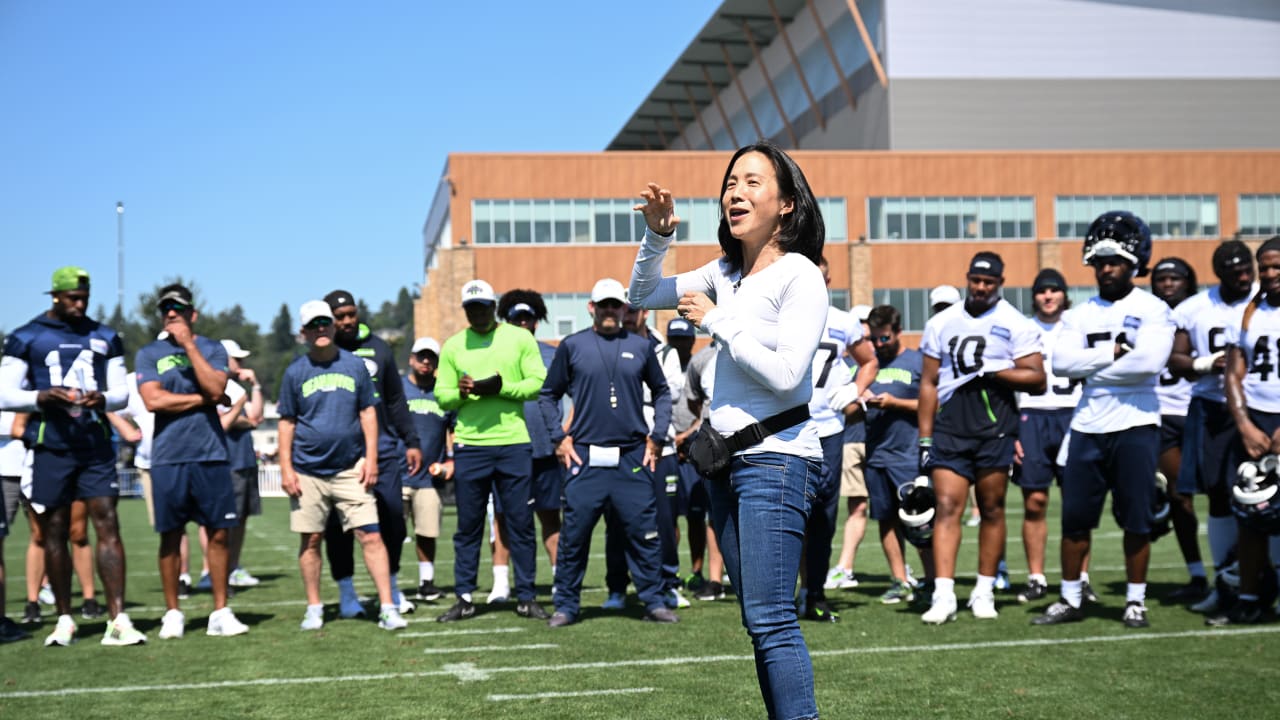 4. Marquise Goodwin is stating his case early in camp.

Marquise Goodwin is 31 years old and heading into his ninth NFL season, but the former Olympic long-jumper is showing early in his first camp with Seattle that he still has world-class speed. And while Goodwin is a few years removed from his most productive seasons, including a 56-catch, 962-yard campaign in 2017, he is showing with his speed and ability to get open that he is very much in the running for a role in Seattle’s offense. It also helps that he spent two seasons in Buffalo working with current Seahawks receivers coach and passing game coordinator Sanjay Lal.

“Getting Marquise here is an obvious help to us,” Carroll said. “He really is a smart kid, he’s great in the classroom, great with the younger guys and he can fly. He runs like crazy, and he has experience with Sanjay so they have a good mentality between them. He has been a real accent now.”

Cornerback Sidney Jones IV started 11 games last season, and while cornerback figures to be one of the most competitive positions in camp, Carroll noted that unseating Jones from a starting spot won’t be easy. Jones is off to a good start in camp win an interception on Wednesday and a couple of nice pass breakups on Thursday.

“Sidney is a playmaker, he is a field guy, he has great awareness, he’s really smart, positions, sees well, reads well, has terrific hands, and plays the ball really well,” Carroll said. “Now that he has showed us that he knows what is going on, knows how we want to play him, and how it fits in the scheme, now we are really trying to draw to his strengths and allow him to fit in. The way we coach him up and the way we play him, not everybody has to be exactly the same is what I’m saying. Sid has his way and he’s going to be a hard guy to move because he is so sharp, is on it, and you can really count on him. He’s done well. It’s interesting that Coby Bryant is very similar, they have a really similar makeup in their way. Coby had an enormous year last year as a senior last year, but you can see the playmaking ability, incredible hands and timing on the football, so that’s competition at its best.”