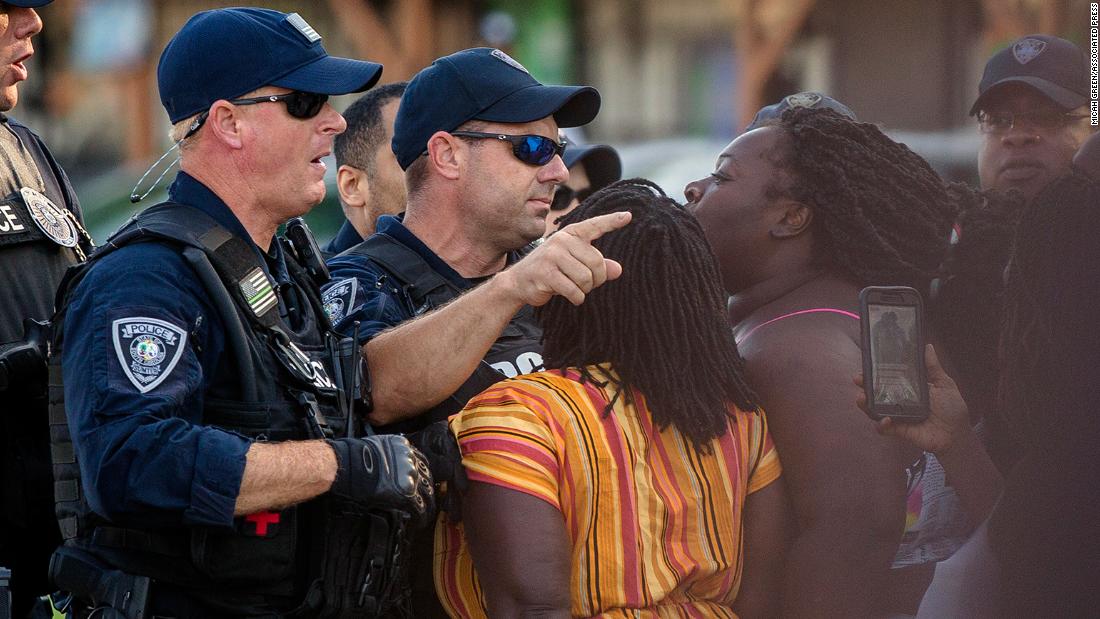 Brittany Martin, a 34-year-old Black woman, is expecting a baby later this year, but in the past months, she has suffered several health complications and lost weight, said Sybil Dione Rosado, one of the attorney’s representing her.

“She has had preterm labor, she’s had several events where she had to be taken on an emergency basis to the hospital,” Rosado told CNN.

Martin was arrested in Sumter, South Carolina, after taking part in June 2020 protests prompted by the police killings of Breonna Taylor and George Floyd.

CNN has requested documents detailing Martin’s arrest. Sumter Police Department declined to comment on the case. Tonyia McGirt, a police spokeswoman, said it would be “inappropriate” to comment as the case may be reconsidered.

Martin’s attorneys said she was not “physically violent or threatening” during the encounter.

Last year, Martin was indicted on charges of aggravated breach of peace, instigating a riot and five counts of threatening the life of a public official, according to court records.

Earlier this year a jury found her guilty of one count of high and aggravated breach of peace. In May, a judge sentenced Martin to four years in prison, court records show.

In South Carolina, breach of peace is a crime punishable by no more than a $500 fine or 30 days in prison. However, aggravated breach of peace is an escalated offense, and the judge hearing the case is charged with handing down a penalty “as is conformable to the common usage and practice in this state, according to the nature of the offense, and not repugnant to the Constitution,” according to state law.

“She’s spending four years in jail and pregnant and struggling for the life of her baby because she’s loud and Black. It’s an absolute travesty of justice,” Rosado told CNN.

In an effort to have Martin’s sentence reduced to time served, civil rights attorney Bakari Sellers recently joined Martin’s legal team and filed a memo last month. Sellers is a CNN political analyst and a former representative from South Carolina.

In his memo requesting a reconsidered sentence, Sellers wrote that reducing Martin’s sentence “will allow her to seek and receive the prenatal care she needs to sustain what has been a high-risk pregnancy, plagued by complications.”

He alleges the medical care offered by the South Carolina Department of Corrections is “insufficient to address the needs” of Martin’s “fragile pregnancy,” according to the memo. CNN has reached out to the department for comment.