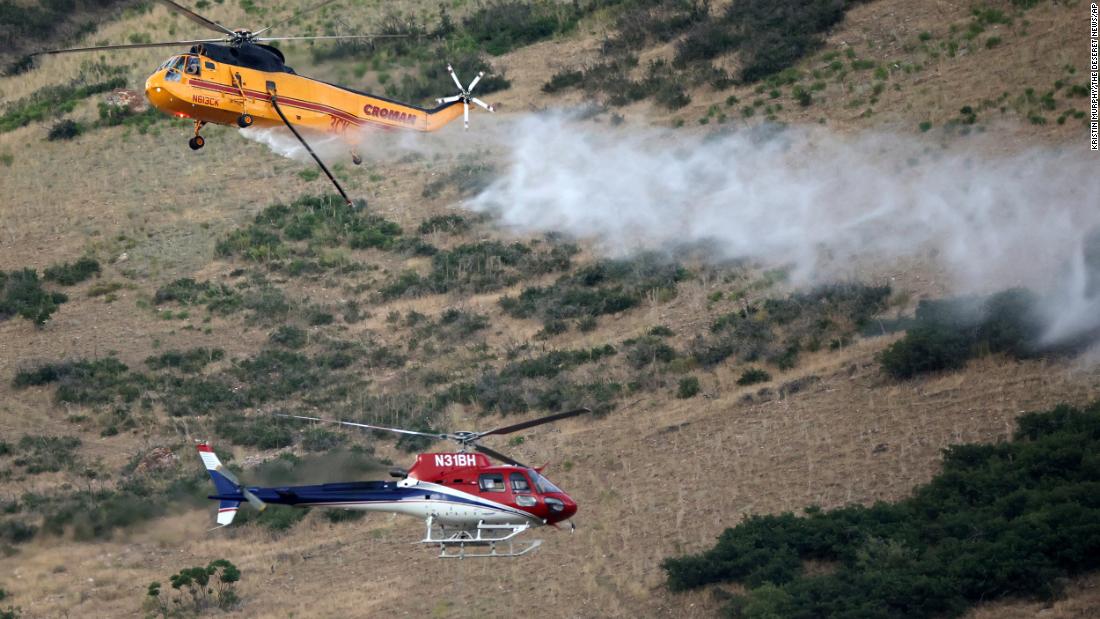 Deputies responded Monday to the Bonneville Shoreline area near Springville for a fire that was quickly spreading up a mountain, according to a probable cause statement from the sheriff’s office.

When they arrived, fire personnel informed them they had encountered a man who told them he had started the fire, according to the statement. The man, who identified himself as Cory Allan Martin, said he had found a spider on the mountain and was trying to burn it with a lighter when a nearby brush ignited and flames began spreading, according to the sheriff’s office.

“He was placed in custody for the reckless burning and was placed in the back of the patrol vehicle,” the probable cause statement said. “While searching Cory’s belongings, a jar of marijuana and paraphernalia was found.”

Martin was taken to the Utah County Jail for reckless burning, possession of a controlled substance and possession of paraphernalia, according to the statement.

It is unclear if Martin has an attorney. He was released Monday night, according to jail records.

The blaze scorched land from the base of a mountain all the way to the top, the probable cause statement said, and required a response from multiple fire agencies, including helicopter units.

It was about 90% contained Wednesday morning and had burned about 60 acres, fire officials said on Twitter.