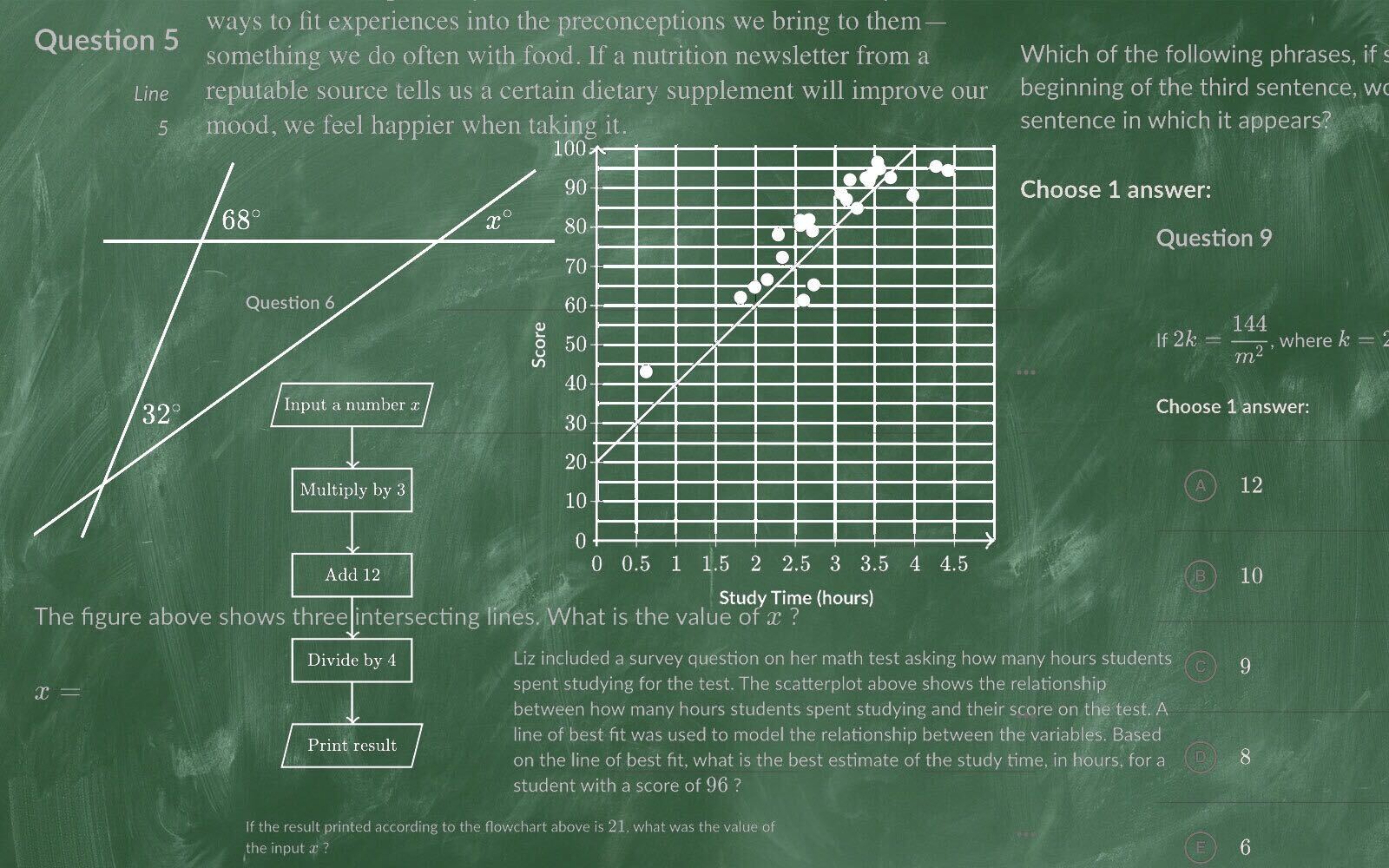 “Nima is planning a vacation. The total cost of his vacation, c, in dollars, for n nights of stay at a hotel can be estimated by the equation c = 375n + 1,700. If Nima can spend no more than 4,000 dollars on his vacation, what is the greatest number of nights he can stay at the hotel?”

If you find problems like this difficult, you’re not alone. That’s a sample test question from the Praxis Core, a standardized test for prospective K-12 teachers. The question comes from a practice test posted online by the educational nonprofit Khan Academy.

The Praxis is a standardized test that prospective teachers in Vermont and other states are required to pass, intended to measure teachers’ proficiency in basic academic subjects.

But state and local education officials say that many aspiring teachers have struggled to pass it — creating a hurdle to the profession that can keep educators out of the workforce.

Now, Vermont officials hope to get rid of that requirement.

Officials have been considering changes in the Praxis test requirement since before the Covid-19 pandemic.

But amid a nationwide teacher shortage, the issue “was something that we paid closer attention to during the pandemic, because the challenges in staffing just really increased,” said Amy Minor, the chair of the Vermont Standards Board for Professional Educators, a state body that oversees licensure and professional standards for teachers.

“We were losing good potential teaching candidates because of (the test) as a sole requirement,” said Minor, who is also superintendent of the Colchester School District.

She noted that many prospective teachers were falling short of the required test scores by only a couple of points.

To become a licensed teacher in Vermont — in any grade or subject area — applicants must receive a passing grade on the Praxis Core test.

Praxis tests “measure academic skills in reading, writing and mathematics deemed by teacher educators to be essential for all candidates preparing to be teachers, no matter what content area or grade-level they aspire to teach,” according to the website of Praxis’ publisher, Educational Testing Services. The standardized testing giant also administers the Graduate Record Exams, required for admission to many graduate schools, and TOEFL tests that gauge English-language proficiency.

Vermonters who are not licensed to teach can be granted temporary licenses, with the goal of passing the Praxis test while they teach. Teachers can attempt the test multiple times.

But most temporary licenses are valid for only up to three years, after which time they cannot be renewed. If candidates do not pass the Praxis test within that period, they are ineligible to become a teacher.

To teach in specific subject areas or grade levels, applicants may be required to take additional Praxis tests, such as chemistry, French, or elementary education.

Current rules allow state officials to waive the test in specific circumstances. But that, too, can be a burden: Local officials must “demonstrate that not being given a waiver would substantially inhibit the district’s ability to carry out its locally established objectives.”

And the candidate must have taken the test three times and failed to achieve the required scores.

For many prospective teachers, those tests are difficult. Candidates may be quizzed on subjects outside their specialty that they haven’t studied for years. And candidates whose first language is not English also struggle with the reading and writing sections.

“We’ve had a subgroup of our new educators that really struggle,” said Lynn Cota, superintendent of Franklin Northeast Supervisory Union. “And unfortunately, they can be really great in the classroom. But if they can’t pass (the test), they can’t get their educator license, which is unfortunate.”

‘An element of bias’

The total passing rate for all Praxis tests taken in Vermont is approximately 70%, according to an Agency of Education spokesperson. That figure, however, does not take into account people taking the test multiple times, so the real passing rate is likely higher.

“I can certainly say that, for many aspiring educators, the Praxis has been a hurdle,” said Don Tinney, president of the Vermont chapter of the National Education Association, the teachers union.

Tinney noted that all standardized tests contain “an element of bias.”

“We are pleased that the (Agency of Education) is exploring alternative pathways to educator licensure so that the Praxis exam is not an unfair barrier to folks trying to enter the profession,” he added in a follow-up text message.

Instead of passing the Praxis test, proposed changes in state rules would allow applicants to “demonstrate competency with basic skills through a method determined by the Standards Board.”

Most applicants would likely still take the test, but others could substitute relevant coursework, or certain grades.

The proposed change was “a response to work we have been doing to better understand which barriers to licensure are more reflective of privilege and which are reflective of good teaching,” Suzanne Sprague, a spokesperson for the Agency of Education, said in an email.

Earlier this year, the Standards Board submitted the proposal to the Interagency Committee on Administrative Rules, which oversees the rulemaking process. The committee is scheduled to consider the proposal Aug. 8, and it could go into effect in November or December, state officials say.

But the Standards Board has given the agency the green light to start implementing the new rules even before the proposal officially becomes a rule.

As schools across the state grapple with severe teacher shortages, the proposal could offer a tool — however small — to address them.

“I actually am hopeful that it will get more people that are passionate about teaching into the classroom faster,” said Minor, the Colchester superintendent and chair of the Standards Board. “And that’s exactly what we need right now.”

If you want to keep tabs on Vermont’s education news, sign up here to get a weekly email with all of VTDigger’s reporting on higher education, early childhood programs and K-12 education policy.