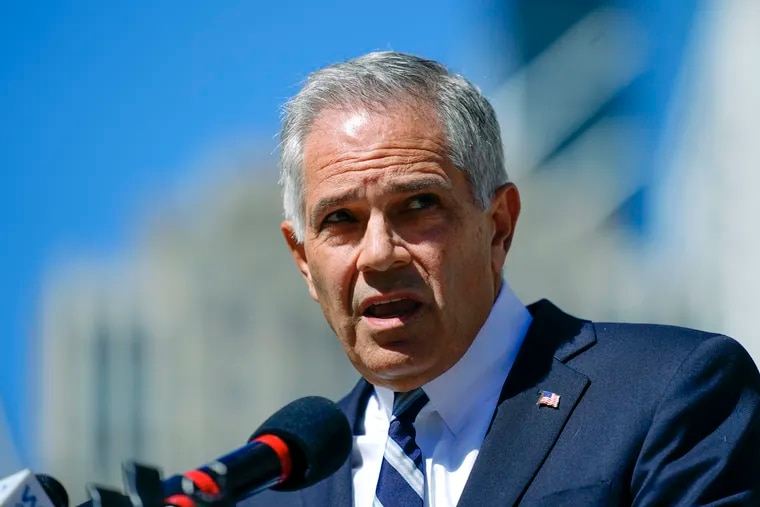 A progressive group has pulled its endorsements of five state representatives who voted last week to hold Philadelphia District Attorney Larry Krasner in contempt of the House, another sign that support for the prosecutor has become a political litmus test for Democrats.

The Working Families Party, a national labor-aligned group that endorses and campaigns for candidates from City Hall to Washington, is to announce Friday that it has withdrawn support from five lawmakers up for reelection in November because they voted alongside Republicans to condemn Krasner for not complying with a legislative subpoena.

Of the five Democrats whom the group is casting aside, two are from Philadelphia — Reps. Danilo Burgos and Nancy Guenst. Burgos is one of two Democratic members of the Select Committee on Restoring Law and Order, which was formed over the summer to investigate Krasner and his office’s handling of crime in the city. The committee’s work is part of a broader effort to impeach the progressive prosecutor and comes as the midterm elections loom.

The other representatives who lost endorsements are from outside the city: Rep. Danielle Otten, of Chester County, and Reps. Emily Kinkead and Jessica Benham, who represent the Pittsburgh area.

The Working Families Party has steadily amassed political influence over the last several years, and Krasner’s first election in 2017 was one of its first major victories. The group has only un-endorsed a candidate in Pennsylvania one other time: This summer, it pulled its support of Rep. Joe Hohenstein (D., Philadelphia) for voting to establish the House panel in the first place.

“Our endorsement is our power, and that power is directed at people that care back for us and are willing to protect us and our democracy,” said Tonya Bah, a Philadelphia activist with the group Free the Ballot, which is part of the Working Families Party’s state committee. “I don’t understand where the people that we chose went wrong.”

The GOP-led effort to impeach Krasner — who has never had a full backing from the city’s establishment wing — put Democrats in the state House in a complicated position.

Legislation to establish the committee passed largely along party lines. But when Republicans brought forward a resolution to hold Krasner in contempt for failing to comply with the legislative subpoena, more than 50 House Democrats — including nine from Philadelphia — sided with them. Several said they did not want to set a precedent of allowing people to ignore subpoenas.

But Krasner contends he followed the legal process by filing a lawsuit earlier this month in Commonwealth Court that contends the committee was abusing its authority. That case has not yet been heard.

The subpoena was for records that included Krasner’s office’s policies on matters like bail, probation, and charging. It also requested materials related to grand jury proceedings involving a former Philadelphia police officer who is facing murder charges. Grand jury material is generally required to be kept secret under the law.

On Monday, Krasner’s office partially complied with the subpoena and provided documentation of its policies — much of which was already publicly available online — to the committee.

The panel scheduled public hearings to take place Thursday and Friday next week at a space in the Navy Yard that accommodates about 150 people. Krasner’s attorneys on Wednesday sent a letter to the committee, asking it to conduct the hearings at a larger venue that’s more accessible via SEPTA. He also said the committee should allow him to testify.

Jason Gottesman, a spokesperson for the House GOP, did not rule out the possibility of Krasner being called to testify before the committee at some point. But he said in a statement that “the District Attorney will not dictate the procedures taken by a House Committee in the midst of an investigation.”