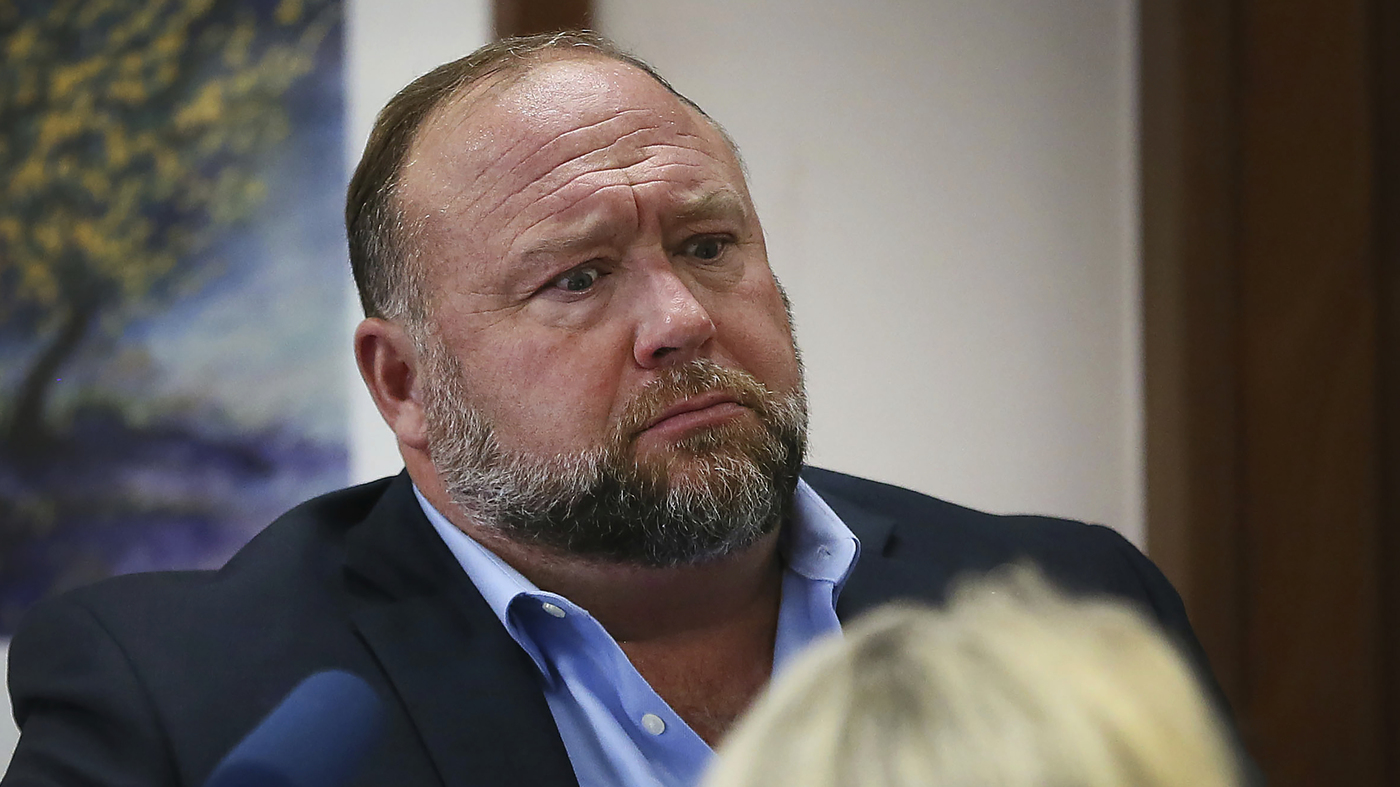 InfoWars host and conspiracy theorist Alex Jones has been ordered to pay just under $50 million in damages to a pair of parents whose son was killed in the 2012 mass shooting at Sandy Hook Elementary.

InfoWars host and conspiracy theorist Alex Jones has been ordered to pay just under $50 million in damages to a pair of parents whose son was killed in the 2012 mass shooting at Sandy Hook Elementary.

A Texas jury decided Friday that conspiracy theory purveyor Alex Jones will pay one family $45.2 million in punitive damages after spreading lies about the 20212 massacre at Sandy Hook Elementary School.

The jury’s decision Friday came the day after it awarded the parents of slain first grader $4.1 million for mental anguish, bringing the total damages against the InfoWars founder to $49.3 million.

Jones spent years telling his audience that one of the worst school shootings in American history was a hoax. Neil Heslin and Scarlett Lewis, who brought the charges against Jones, told the court how he made their lives a “living hell” after Jesse, their 6-year-old son, was gunned down in the attack.

“I can’t even describe the last nine-and-a-half years,” Heslin said. “The living hell that I and others have had to endure because of the recklessness and negligence of Alex Jones.”

Jones told the parents that he never intended to hurt them. He also said he eventually acknowledged that the massacre indeed took place, despite having repeatedly said year after year that the shooting was staged.

He argued that he’s an opinionated personality practicing his right to free speech. Jones’ hate speech and lies got him kicked off multiple platforms, including YouTube, Twitter and Facebook, NPR previously reported.

Still, his broadcast of conspiracy theories continue to bring in millions of viewers every month, some of whom went as far as to stalk and harass Heslin and Lewis, even making death threats.

Jones’ company, Free Speech Systems LLC, filed for bankruptcy during the trial, but the parents and their lawyers believe he is hiding millions of dollars.