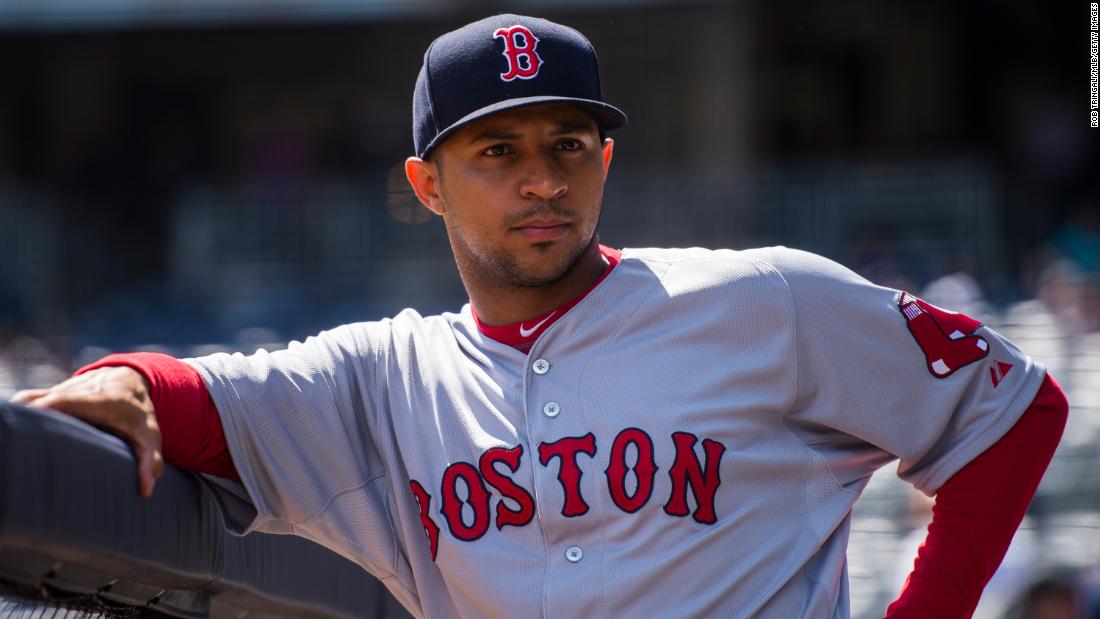 Anthony Varvaro, 37, was on his way to an assignment at Manhattan’s World Trade Center 9/11 ceremony when the crash happened, the Port Authority Police Benevolent Association said in a statement.

Varvaro, who was an officer at the Port Authority of New York and New Jersey Police Department for about six years, previously played for the Atlanta Braves, Boston Red Sox and Seattle Mariners.

“The entire Port Authority family is heartbroken to learn of the tragic passing of Officer Anthony Varvaro” the Port Authority said in a statement to CNN affiliate WABC. “Officer Varvaro represented the very best of this agency and will be remembered for his courage and commitment to service.”

“On this solemn occasion as the Port Authority mourns the loss of 84 employees in the attacks on the World Trade Center — including 37 members of the Port Authority Police Department — our grief only deepens today with the passing of Officer Varvaro,” the statement said.

Varvaro leaves behind a wife and four children, according to the statement.

Varvaro played baseball in college at New York’s St. John’s University before his MLB career. The Staten Island native posted a career 3.23 Earned Run Average, according to a tribute posted online by the University.

“His baseball exploits speak for themselves, one of the best pitchers in St. John’s history,” longtime St. John’s Baseball Head Coach Ed Blankmeyer said in the tribute. “He was a quiet leader, fierce competitor and great teammate. He had an arm like a firebolt, but a heart of gold. However, Anthony was much more than an athlete. He was a man of service, a tremendous father and family man.”

Several of Varvaro’s former teammates and teams, as well as law enforcement agencies and elected officials, took to social media to mourn his passing.

“Pour one out today for my former teammate Anthony Varvaro,” former Boston Red Sox Pitcher Pat Light said on Twitter. “One of my favorite teammates. RIP my friend.”
“Heartbroken by the tragic passing of Port Authority Police Officer Anthony Varvaro,” New Jersey Governor Phil Murphy tweeted. “Officer Varvaro was an invaluable leader at the PA as an Academy Instructor.”