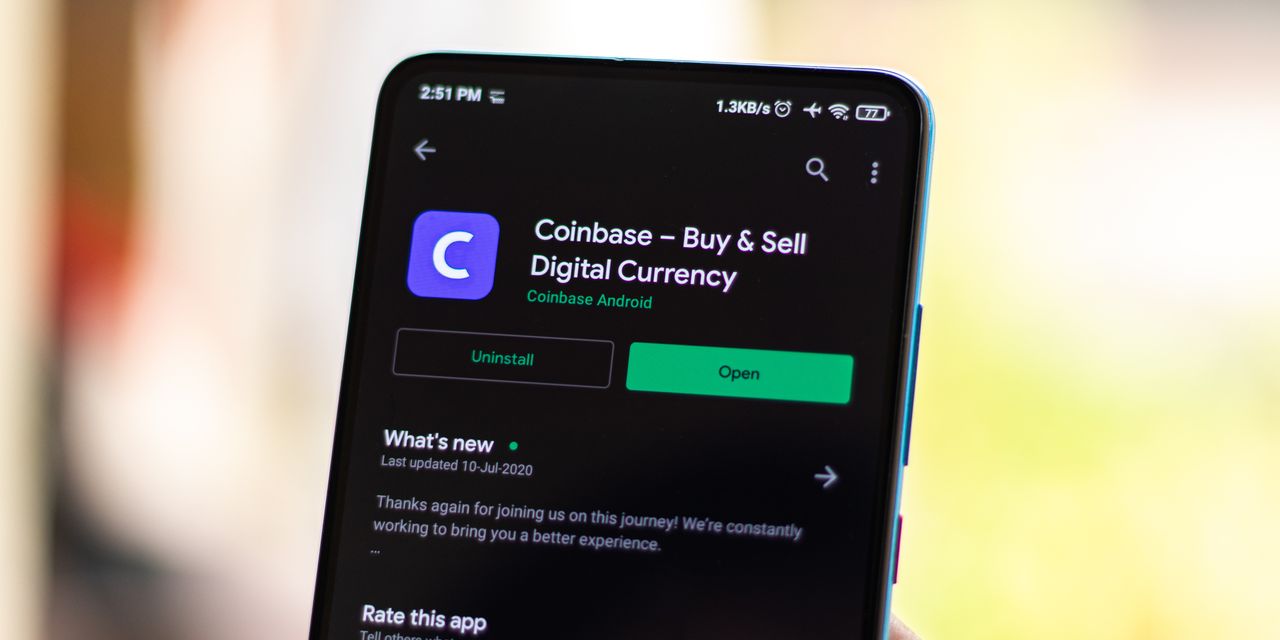 Global is expected to show a sharp drop in revenue and earnings when it reports second-quarter results after the close on Tuesday, as investors get their first chance to see how much damage the crypto-market crash did to the trading platform.

Wall Street expects Coinbase (ticker: COIN) to report revenue of $874 million, down 25% from the first quarter. Analysts also see the company’s quarterly loss widening to $2.47 per share from $1.98 the quarter before.

The second quarter was one of the most tumultuous periods in the nascent industry’s history. In May, a popular stablecoin failed, leading to plummeting crypto prices and the bankruptcy of several crypto lenders and investment firms. Bitcoin’s price in June fell below $20,000, marking a loss of more than 70% from its November high. It has since recovered to about $23,000.

Coinbase stock has similarly struggled. Since the start of the year, the firm’s shares have lost 63% of their value to about $92. The “crypto winter”—a moniker that industry supporters use to describe bear markets—is a double whammy for the trading platform. Not only do lower prices for coins such as Bitcoin and Ether reduce transaction revenue, they could put a stop to the rapid increase in crypto-adoption by new users, who have seen other recent entrants experience drastic losses.

Even though cryptocurrency prices seem to have stabilized, trading volumes on Coinbase have remained depressed and barely above July levels, said

managing director Dan Dolev in a research note last week. In March, Coinbase saw an average daily trading volume of about $3 billion, compared with $1.7 billion in July and between $1.7 billion and $1.8 billion on August 3. Mizuho has a Neutral rating on the stock with a price target of $42.

It hasn’t all been bad news for Coinbase lately. Its stock last week rallied more than 50%. Some analysts believed the dramatic increase was the result of a “short squeeze,” where investors who had bet the stock would fall had to rapidly close their positions and buy shares to avoid further losses. Coinbase and BlackRock (BLK) last week also announced a partnership that would allow BlackRock’s institutional clients to trade through the platform.

Investors will also likely be interested in anything Coinbase discloses about recent regulatory scrutiny. In July, the Securities and Exchange Commission brought an insider-trading case that asserted seven assets on Coinbase’s platform are securities, which the company disputes. The distinction is important for firms like Coinbase, which could be subject to increased registration requirements and penalties if they were one day found to be allowing the trading of unregistered securities.

Regulators generally accept that Bitcoin, the most valuable and widely traded crypto, isn’t a security, but Coinbase and other platforms have lately derived an increasing share of their revenue from the trading of so-called alt coins that could fall under that umbrella. In the first quarter, for example, Coinbase said 52% of its transaction revenue came from crypto assets other than Bitcoin and Ethereum, up from 40% in the first quarter of 2021.

Write to Joe Light at joe.light@barrons.com