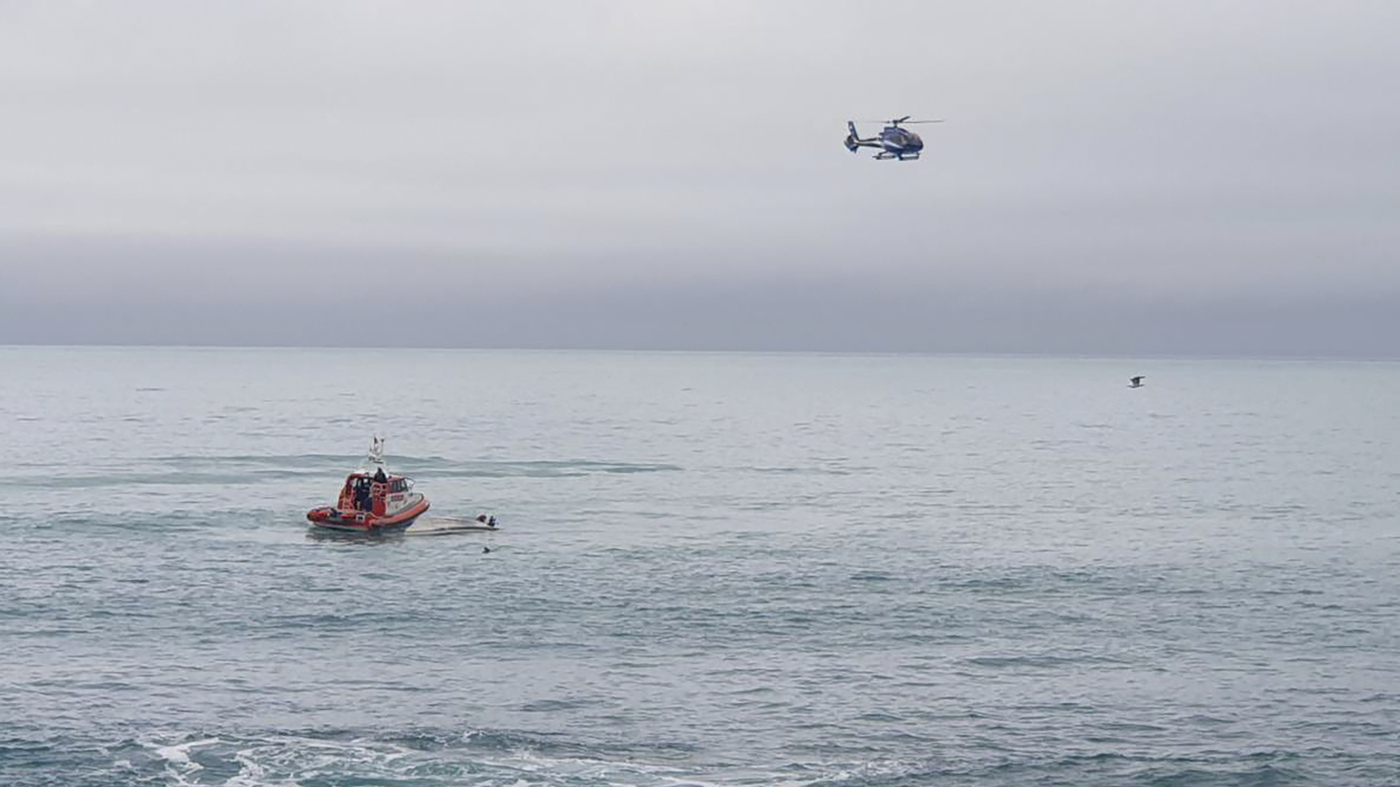 A helicopter and a rescue boat search for survivors off the coast of Kaikoura, New Zealand, on Saturday.

A helicopter and a rescue boat search for survivors off the coast of Kaikoura, New Zealand, on Saturday.

WELLINGTON, New Zealand — Five people died Saturday in New Zealand after the small charter boat they were aboard capsized, authorities say, in what may have been a collision with a whale. Another six people aboard the boat were rescued.

Police said the 8.5-meter (28-foot) boat overturned near the South Island town of Kaikōura. Police said they were continuing to investigate the cause of the accident.

Kaikōura Police Sergeant Matt Boyce described it as a devastating and unprecedented event.

“Our thoughts are with everyone involved, including the victims and their families, their local communities, and emergency services personnel,” Boyce said.

He said police divers had recovered the bodies of all those who had died. He said all six survivors were assessed to be in stable condition at a local health center, with one transferred to a hospital in the city of Christchurch as a precaution.

Kaikōura Mayor Craig Mackle told The Associated Press that the water was dead calm at the time of the accident and the assumption was that a whale had surfaced from beneath the boat.

He said there were some sperm whales in the area and also some humpback whales traveling through.

He said locals had helped with the rescue efforts throughout the day but the mood in the town was “somber” because the water was so cold and they feared for the outcome of anybody who had fallen overboard.

Mackle said he’d thought in the past about the possibility of a boat and whale colliding, given the number of whales that frequent the region.

“It always plays on your mind that it could happen,” he said, adding that he hadn’t heard about any previous such accidents.

Police said they were still notifying the relatives of those who died, and couldn’t yet publicly name the victims.

Vanessa Chapman told Stuff she and a group of friends had watched the rescue efforts unfold from Goose Bay, near Kaikōura. She said that when she arrived at a lookout spot, she could see a person sitting atop an overturned boat waving their arms.

She said two rescue helicopters and a third local helicopter were circling before two divers jumped out. She told Stuff that the person atop the boat was rescued and a second person appeared to have been pulled from the water.

Kaikōura is a popular whale-watching destination. The seafloor drops away precipitously from the coast, making for deep waters close to the shore. A number of businesses offer boat trips or helicopter rides so tourists can see whales, dolphins and other sea creatures up close.

Compliance agency Maritime New Zealand said it sent two investigators to the scene and would be conducting a thorough investigation once recovery operations had concluded.

Principal Investigator Tracy Phillips said the agency “offers its heartfelt condolences to the family and loved ones of the people who have died.”