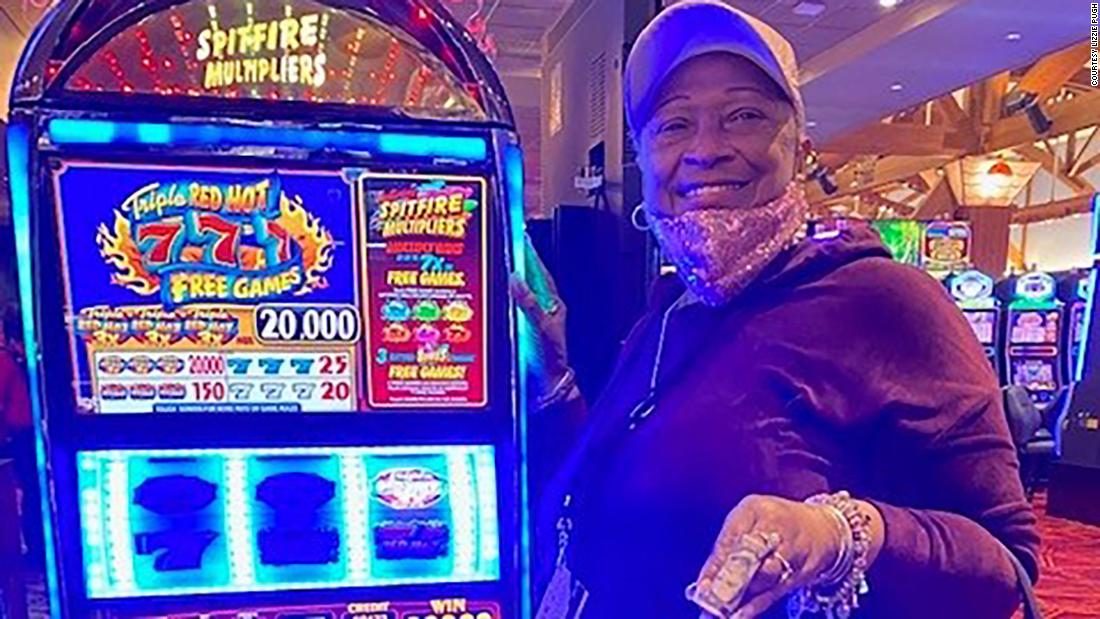 Lizzie Pugh told CNN she won more than $12,000 on a slot machine at Soaring Eagle Casino & Resort in Mt. Pleasant, Michigan, during a church outing earlier this year.

On April 11, 2022, Pugh went to Fifth Third Bank in Livonia, Michigan, to open a savings account and deposit her winnings into a newly created account, according to court documents. Pugh’s complaint alleges she was told by three White bank employees at Fifth Third Bank that the check was “fraudulent.”

The 71-year-old Detroit public school retiree says she was then forced to confront bank employees who initially refused to give her check back.

According to the complaint, Pugh asked the bank employees to call 911 because she was not leaving without her check. Pugh then spoke with a third bank employee who also said the check was fraudulent and because of that the bank would not allow Pugh to open an account and deposit the check. Eventually the bank employees gave Pugh her check back.

Fifth Third Bank, N.A. and Fifth Third Financial Corporation filed a response this week denying the allegations, including that their employee decided that the check was “fraudulent.” They also dispute that any events occurred that would warrant damages or other relief, according to the court filing.

“We are committed to fair and responsible banking and prohibit discrimination of any kind. From our review of the claims, we believe the facts to be different than what is alleged. Our employees are trained to help every customer with their banking needs, and our employees follow procedures to facilitate the opening of any new account,” a spokesperson for Fifth Third Bank said in a statement to CNN.

In a statement to CNN, Pugh’s attorney Deborah Gordon said, “What happened to Ms. Pugh is yet another example of the hurdles and indignities facing Black Americans as they try to get through the day. It is not only young Black men who are profiled. Fortunately, Michigan has a strong statute prohibiting discrimination in ‘public accommodations,’ including banks.”

Pugh says she was able to cash it at another bank.

“I was so upset; I just took a picture of the bank on my way out because I didn’t know the address,” she added.

Pugh’s niece, Yolanda McGee, told CNN, “She is afraid to go in any bank or any type of business. She had some events in her life from living back in Alabama as a young girl where she’s been discriminated against, and you know it’s heavy on her heart.” McGee says she initially had to convince her aunt to file the lawsuit because her aunt was terrified to do anything.

In its statement, Fifth Third Bank says it stands by its employees, “From our review of the claims, we believe our employees’ actions have been misinterpreted. That said, we regret Ms. Pugh has come away feeling mistreated after her interactions at our branch, as our employees’ actions were consistent with our process and the dual goals of serving our customers while also preventing potential frauds that can victimize both the bank and our customers.”