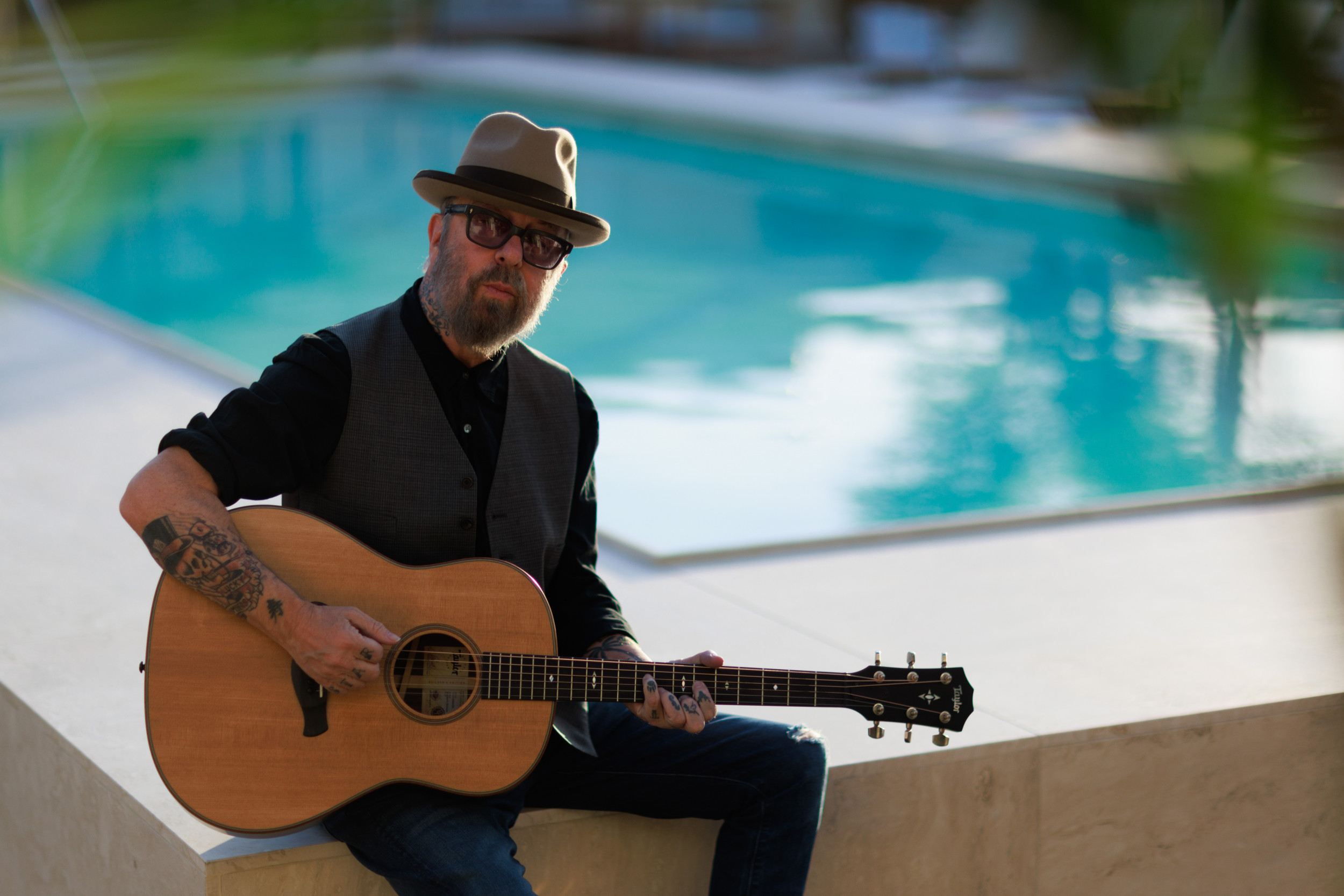 Dave Stewart, the co-founder of the legendary British music duo Eurythmics, had been working on a movie screenplay based on his youth growing up in Sunderland, England, during the 1960s, when his cousin sent him some blues records from Memphis, Tennessee. While he was working on the movie project, Stewart struck up a conversation with one of the locals on an island where he lives half of the time.

“They were talking about their name and how they preferred their maiden name,” Stewart tells Newsweek. “And I said, ‘What’s that?’ She said, ‘McQueen.’ As soon as she said that name, all of this just exploded in my head. I got on my bicycle, I was riding down the road towards my house, and I sang the whole first chorus in my head: ‘Ebony McQueen/I think I met her once inside a time machine.’ By the time I got to the house, I dashed into my little studio and sort of sang that. So that started to put a lot of things into focus about the movie.”

The resulting work is Ebony McQueen, an ambitious movie, stage musical and album project about the eponymously named fictional voodoo blues queen and how she impacts a young boy who finds himself transformed by blues music. It draws from Stewart’s own story of being a teenager raised by his father after his parents split up and living during a depressing time.

“It’s a coming-of-age kind of movie,” he says. “And she [Ebony McQueen] helps him kind of understand what’s going on with him.”

“I play this music [from the blues record sent by my cousin],” he explains about the movie’s story, “and I just can’t believe it. So I take the cover with me and hide it under my bed. My dad comes in, he doesn’t say much, he’s making a cup of tea. When I go up to my bedroom, Ebony McQueen is sitting on my bed with her guitar in a ghost-like form.

“Of course, I’m like, ‘What?’ I’m having a heart attack, and she starts playing the blues. I’m like, ‘Shhh, my dad’s downstairs.’ So it becomes humorous, but with a sort of message. She can’t understand why she’s in Sunderland, I don’t understand what she’s doing there. It slowly dawns on her and she goes, ‘Ahh, you got the blues.’ She explains to him what that feeling is and how to deal with it.”

Also part of Ebony McQueen‘s story is a romance that develops between the boy and an Indian girl who lives next door to him.

“That Indian girl is the only person that understands [what he’s going through],” Stewart explains. “The boy doesn’t dare to tell anybody that there is this woman sitting next to him all the time, passing quite comedic comments, and leading him through life. But he decides to tell the Indian girl because they’ve now fallen for each other. Her reaction is, ‘Yeah. Oh, we have lots of deities in India.’ To her, it was just normal, so he was totally relieved.”

A theme of perseverance runs throughout the storyline.

“I just didn’t see any hope, and it was gray, cold, raining, and there was a very somber feeling in the town,” he recalls about his Sunderland upbringing. “Everything was sad. I wanted to get that across, and then how to get out of the well. What is it that allows you to climb out of that hole? In the film, Ebony McQueen, the character, explains not by just teaching and telling [the boy], but by guiding him in a brilliant way towards the light.”

Featuring music from a cast of session players, singers, and the 60-piece Budapest Scoring Orchestra, the music of Ebony McQueen draws from a variety of musical influences that informed Stewart’s youth: the American blues; ’60s British rock, pop and psychedelia; and Broadway musicals.

“So I hear this blues record and it awakens me to music,” he recalls. “Before that, I just wanted to play soccer. Of course, this is 1964, and I’m 14 years old. I listened to the Beatles, the Kinks and the Rolling Stones and it blew my mind. So I got my brother’s guitar out of the wardrobe and started to try and play a few notes. And then I really got into it, obsessed with it, and didn’t know how to really tune it but started to work out Beatles songs and everything.”

On the Broadway influence, Stewart further explains: “I didn’t realize until I was 30 the influence my dad had. He bought all the Rodgers and Hammerstein [records]—South Pacific, Oklahoma—anything that came out that was a musical, he kept buying it. And so at breakfast, he always put them on and would sing at the top of his voice to Oklahoma or The King and I—all of them. What I realized was they were stuck in my head, not only just songs, but the arrangements, and how amazing they were.”

Now that the Ebony McQueen album is out in the world, Stewart is concentrating on getting the film version made—which is currently in the pre-production stages. Stewart knew he wanted to get the music out first as the engine for the movie and musical versions to come.

“It’s like having a lot of plates spinning in your head,” he says about the process. “Because movies and musicals take a while, I decided, ‘Okay, I’m just gonna put my own version out first.’ Instead of just sitting here with all these songs in my head and trying to then get somebody to finance a movie and a musical about them, I’ll make them into these great produced pieces of work and do all the orchestrations. I thought, “I’ll just make it and have it exist.’ It has already become a catalyst for all these other things: meeting the film company to produce, having Lorne Campbell [artistic director of National Theatre Wales] help write the script. They all came on board because of hearing the music: ‘Oh, he’s actually doing it.'”

It’s a been a busy period recently for Stewart, who, in addition to his solo music, has also been an in-demand record producer. His previous credits included Stevie Nicks, Jon Bon Jovi, Ringo Starr, Daryl Hall and Joss Stone. Later this year, he and Eurythmics partner Annie Lennox will be inducted into the Rock and Roll Hall of Fame and the Songwriters Hall of Fame.

In a long music career that has seen critical and commercial successes, Stewart acknowledges that Ebony McQueen is a special project for him both personally and professionally.

“It’s funny—it’s like my homecoming,” he says. “It’s resolving many things about how sort of shaken I was about when my mom split from my dad and recognizing how much anxiety I had about it, and how [my] teenage years were traumatic. And then how music helped to heal me in so many ways and introduced me to the fact that things can happen—you’re not stuck, you’re not in a downward spiral—and how music saved my life basically.”