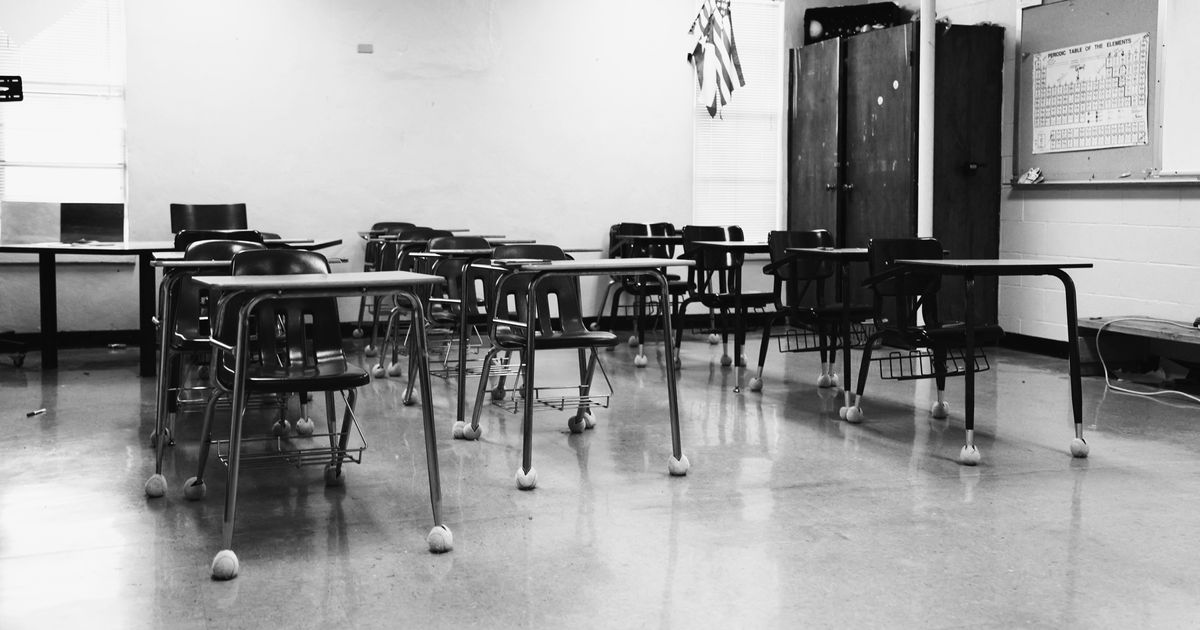 On Tuesday, an 18-year-old gunman opened fire in a fourth-grade classroom in Uvalde, Texas, killing 19 children and two teachers with an AR-15. The victims were as young as 9; some had celebrated making the honor roll just hours earlier during what was the final week of the school year. In the days since, the country has been enveloped in familiar waves of grief and anger. But for educators, who are often students’ first line of defense — whether it’s barricading doors during lockdown drills or offering emotional support — that weight is especially heavy. We spoke with teachers across the country about what it was like to return to their classrooms after Uvalde and the conversations they had about the shooting with their students.

One of my students came to school on Wednesday and immediately said, “So are we going to talk about the shooting?” Not all of my students knew about it, so I explained that someone came into an elementary school and shot many people, a lot of students and teachers too. They were asking questions like “Why would someone do something like this?” “Why would a teenager have a gun in the first place?” I was trying to answer as a leader and a teacher, as someone who should have more information for them, but I couldn’t. There’s so many things in this country that just don’t make sense.

Afterward, I listened to my students talk among themselves about what they would do if something like this happened. They were like, “Oh, we could hide in the cozy corner! No one would see us there. Or under our desks — at my old school, we did that.” I was listening and thinking how wild it is that these things have to be on their minds. I’ve thought about it. How would I get to the door fast enough? How would I barricade things? How would I hide them? Where can people go?

They kept asking, “Why? Why is it like this?” A lot of the questions they’ve been curious about are, Why does our government allow this, but not this? We’ve been talking in our class about censorship and abortion rights. My students were basically asking, if those things can be banned, why can’t a gun be banned? It’s hard for me to answer those questions. I don’t understand why you’d ban books, which people say are harmful to kids, and not guns, which are actually killing children.

The day after the shooting was our last day of school. I didn’t bring it up; I was following their lead. There’s no right thing to say to kids after such a scary event. I did my best to honor where they were at and try to give something positive to think about.

We had a shooting in our district earlier this year. That shooting was at a high school. No one was killed, but people were hospitalized. It was a terrifying time for our kids, many of whom had siblings in that high school. We talked about procedures if something like this were to happen at our school and when it’s their responsibility to talk to an adult if they see unsettling things or hear threats. We have routines in place for evacuating, countering attacks, and sheltering in place. But it’s frustrating to think so much of that responsibility is falling on teachers and students, when there are things we could do as a country — laws and policies we could pass — that would take some of that burden off. It’s really hard not to bring your own politics into it, especially after so many shootings.

I felt very heavy going in the day after the shooting. This hit so close to home. I teach 4 and 5 year olds. I didn’t have a conversation directly about what happened, but I did tell them how grateful I am that we’re safe and alive.

I feel frustrated that nothing’s been done since Sandy Hook. Schools aren’t the safe place we want them to be. I do all I can in my classroom to make sure I create a safe and positive and healthy environment. But I’ve been thinking about how little of a system we have in the case of an active shooter. Our shelter-in-place procedure isn’t effective. I keep the front door to my classroom latched, but it doesn’t lock entirely, so anyone could walk in. It’s a safety-code violation, but we don’t get the attention that schools in wealthier communities do.

Protecting my students is a responsibility I’ve always taken upon myself. If it were to come down to a situation like that, I would put my life on the line. You create a family, especially with younger kids. My kids are so loving and caring. Every day, they come in wanting love. They give me hugs. I would protect them at every single cost.

Driving to school on Wednesday, I cried the whole way. It’s hard not to go to a place where you practice in your head what you would do if it was your school. In my car, I took a deep breath and said to myself, You need to show up for these kids. But I was terrified.

A student brought up the shooting at morning circle. They were like, “Did you see the news? My mom is so sad.” Some kids didn’t see the news, so I’d rather the information come from me. Instead of telling them there was a shooting, I’ll ask them what they know. Framing it for little kids is difficult. They want to know why someone would do that. I told them there are really bad people in the world, but we are in a safe space, and I am here to protect you.

It’s not the first time I’ve had this conversation, which is the hardest part. We talk about it a lot, especially because we practice shooter drills two or three times a year. On Wednesday, I watched my students’ faces as they processed. It was a lot of silence, a lot of students looking on with wide eyes. A few students kept asking why. I don’t have an answer for that.

My students have seen shootings before but mostly in high schools. Most of them don’t remember Sandy Hook. On Wednesday, they were scared and making comments like, “They’re kids like us,” “They’re our age,” “They went to school. They got shot.” Our school is in a rough neighborhood, and our kids aren’t immune to tragedy or trauma or hearing gunshots. One boy raised his hand and said, “I heard he shot his grandmother.” And the horror on their faces — they’re from close-knit families, where most of their grandparents and aunts and uncles live in one apartment with them.

I’ve taught for 43 years. I’ve had to tell my kids about 9/11 and other difficult conversations. But this was one of the toughest because so many of the victims were in fourth grade. I saw my kids in these kids.

As an educator, it’s been hard. I don’t think it’s anything anyone can understand until they’re locked in the room with little kids, telling them they have to be quiet. The fact that I had so many kids who didn’t seem worried is chilling in a different way. It’s the desensitization that’s scary to me. This has become their routine. An alarm will go off and they move into a classroom with no windows while the teachers frantically lock doors. For the couple of kids I did speak to, the fact that the victims were kids their age was pretty jarring for them. One student seemed very concerned with how old the shooter was. When I said 18, you could see the confusion on his face. I have a colleague whose child is a fifth-grader, and he told her, “Mom, I would have hidden under a bean bag.”

So much of school shootings are senseless and unexplainable to children. That’s a really heavy weight to carry as an educator because it’s hard not to have an answer to give to the kids when the answer seems very simple: Just change the gun laws.

Discussion of the shooting came up organically between the kids. I just listened and tried to make sure the conversation didn’t go off the rails. What was unsettling was that it seemed normal to them. It was a very casual conversation: They were talking about how this one was similar or different from Sandy Hook or Santa Fe. To them, it’s something that happens every so often, especially here in Texas.

Our school is located on an Air Force base. Students are often military affiliated; they’re not naïve about weapons. I don’t have to explain how an AR-15 works. Still, when you see shootings in other places, in Florida and Connecticut, you have this mind-set of, That happens there; it’s not going to happen here. And then it happens, and it’s horrific. Uvalde is less than an hour away from where I work and live. This is now on our doorstep. I showed the kids Uvalde on a map and pointed out the places I’ve been. I could see how unsettling it was for them. I don’t think many of them grasped how literally and figuratively close to home it was for them.

Get the Cut newsletter delivered daily

By submitting your email, you agree to our Terms and Privacy Notice and to receive email correspondence from us.