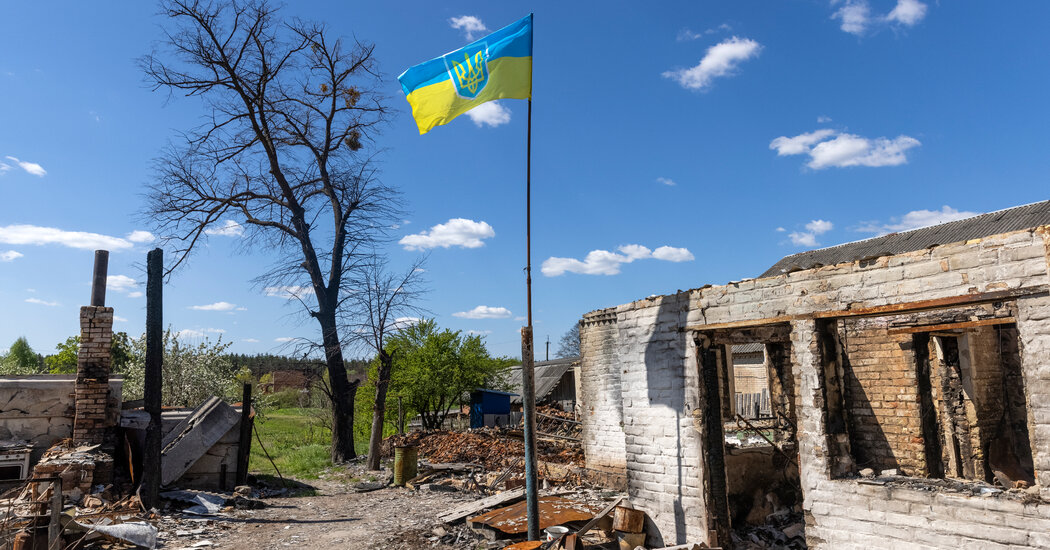 Hello. This is your Russia-Ukraine War Briefing, a weeknight guide to the latest news and analysis about the conflict.

How does it end?

As the war grinds on in east Ukraine, global attention is focusing on how it could end. World leaders are divided on the answer, my colleague Anton Troianovski writes.

Broadly, there are two camps:

Those advocating for the first option argue that Russia has shown with this war that it cannot be trusted to abide by agreements and that any concessions to President Vladimir Putin would simply enable further aggression.

Prime Minister Krisjanis Karins of Latvia declared this week that “the only solution to this war is Ukraine’s victory and Russia’s defeat.” President Andrzej Duda of Poland pushed back against “worrying voices” suggesting that Ukraine should give in to Russia’s demands.

In the compromise camp are Western leaders like President Emmanuel Macron of France and Prime Minister Mario Draghi of Italy who are calling for negotiations to quickly end the fighting and are anxious about a protracted war. Macron has warned against humiliating Russia.

Henry Kissinger, the 98-year-old former secretary of state, bluntly suggested during his video appearance at the World Economic Forum on Monday that Ukraine would have to cede territory for peace.

“Negotiations need to begin in the next two months before it creates upheavals and tensions that will not be easily overcome,” he said.

The starting point for negotiations, he said, should be Russia’s withdrawal to the territory it controlled before the Feb. 24 invasion, suggesting that Crimea and parts of the Donbas remain under Moscow’s control.

“Pursuing the war beyond that point would not be about the freedom of Ukraine but a new war against Russia itself,” he said.

President Volodymyr Zelensky has tread a fine line somewhere between the two sides.

In an interview to a Ukrainian television channel last week, he said that trying to expel Russia from all of Ukraine could cost tens of thousands of lives. He added that the status of the territory that Russia held before Feb. 24 should be decided through negotiations.

But he appeared to be taking a harder line when he sharply rebuked Kissinger, comparing him to the appeasers of Nazi Germany at the Munich conference of 1938. He also singled out the editorial board of The New York Times, which warned last week that Ukraine “will have to make the painful territorial decisions” in order to end the war.

The position of the U.S., which has provided Ukraine with $54 billion since the start of the war, has shifted, from helping Ukraine defend itself to making sure that Russia’s military can no longer threaten its neighbors. Some fear that this change risks widening the conflict into a global one.

It remains unclear what Putin would accept as an end to the war. Talks between Russia and Ukraine ground to a halt this month, with both sides hardening their stance as they sought to make military gains.

Putin has been vague in public about whether he would accept anything short of total control over Ukraine. Russian occupation authorities in eastern and southern Ukraine have signaled that the Kremlin plans to take long-term control of captured land.

JOIN US ON TELEGRAM

Follow our coverage of the war on the @nytimes channel.

What else we’re following

Thanks for reading. I’ll be back tomorrow. — Yana

Sign up here to get the briefing by email.

What did you like? What do you want to see here? Email your thoughts to [email protected]