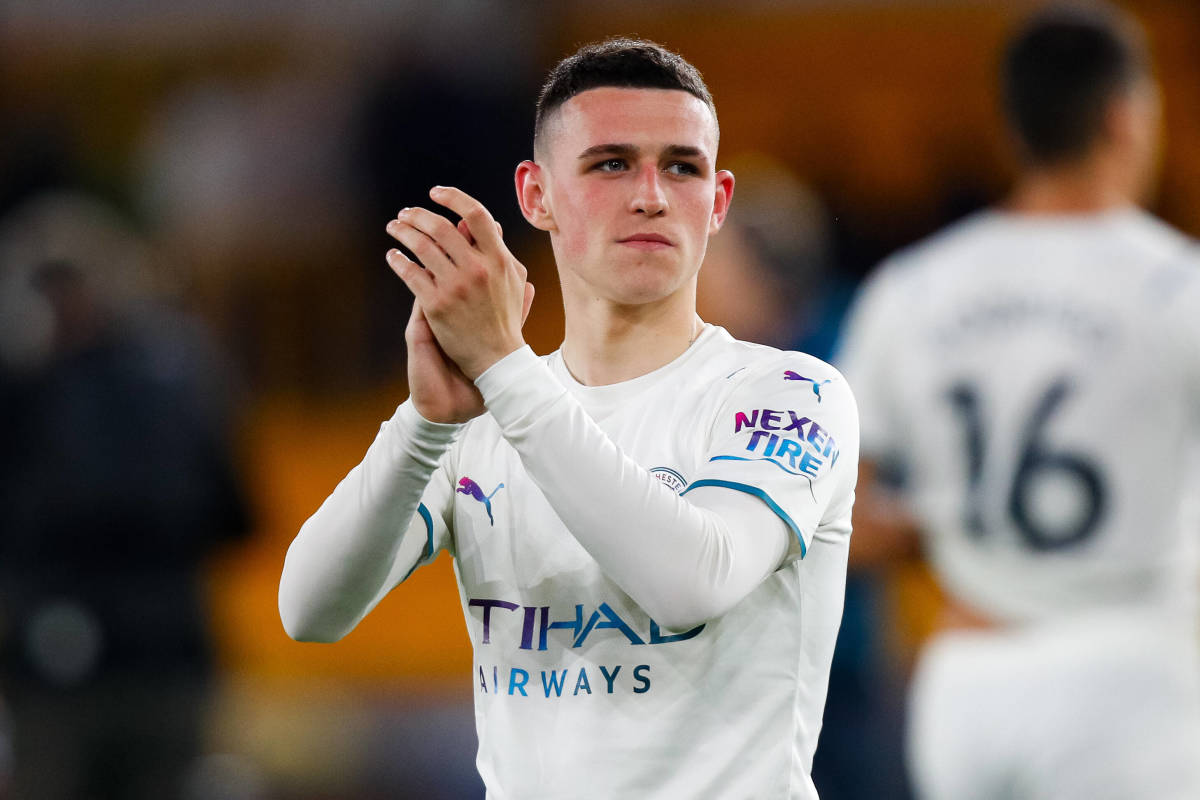 Manchester City remain on course to life their fourth Premier League title in five seasons should they get the job done against Aston Villa on Sunday in their final league outing of the campaign.

The Blues have enjoyed another terrific season on both ends of the pitch this season and are set to retain the league title for the second time under Pep Guardiola with three points against Steven Gerrard’s men.

Riyad Mahrez, Raheem Sterling, Gabriel Jesus, Jack Grealish and Phil Foden have all occupied the wider attacking positions for the Blues this term, with City boasting a goal tally of 96 and goal difference of +72 heading into the final matchday of the season.

“I am very proud to have won this award for a second season in a row,” Foden said whilst reflecting on the honour, as quoted by Manchester City’s official website.

“There are so many talented young players in the Premier League this season and it is a real honour to win it again.

“I have been really happy with my performances this season and it has been great to contribute to this team in what will hopefully be another successful year for us all.

“To be nominated alongside so many great players is an honour as they have all had great seasons for their clubs. I would like to thank everyone who has contributed to my development this season.”