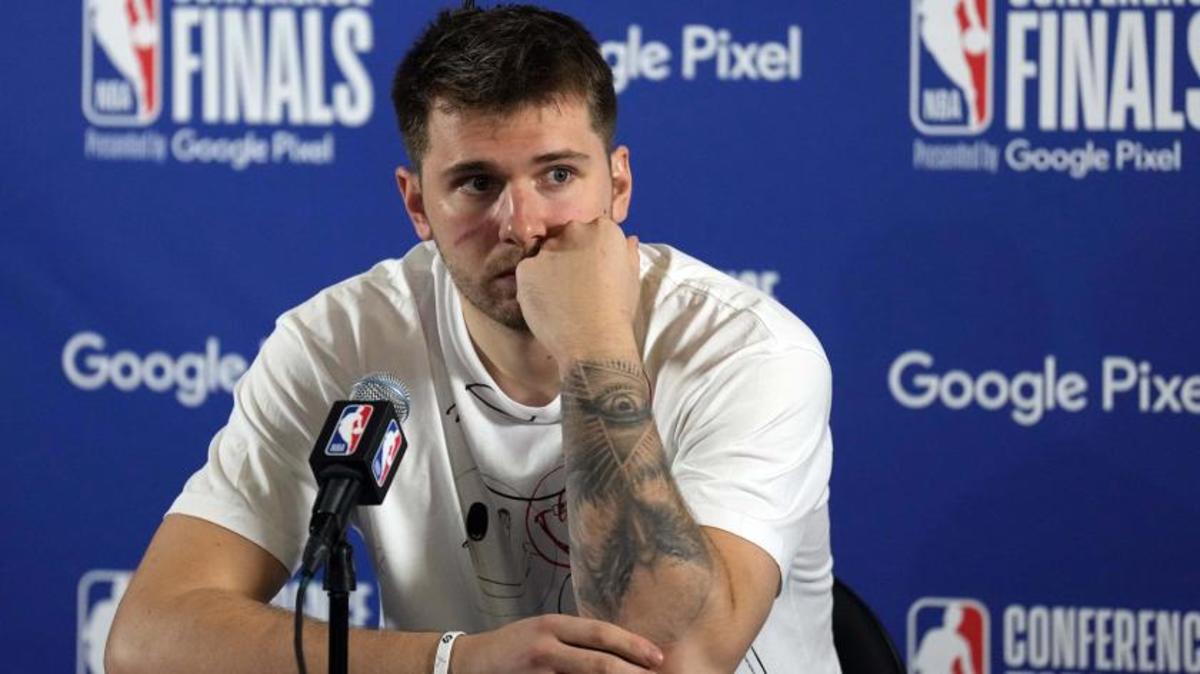 While Luka Doncic may not be playing at 100% health, his game has hardly suffered one bit. After going for 42 points, 8 assists, and 5 rebounds in the Game 2 loss to Golden State, Luka was asked about his lingering shoulder injury before immediately shutting the idea down.

“Nothing serious. The shoulder… it’s fine. It’s all good,” Luka said. When asked if he was affected at all by his shoulder during the game, Luka said, “No, I don’t think so. I mean the pain for the shoulder is a little bit there, but other than that, the first quarter I was really tired, but after that I was good.”

Luka was also dealing with an illness that kept him up all night following Game 1, but similar to how he answered questions about his shoulder, Luka did not indicate that his illness impacted his game outside of some early-game fatigue.

Unlike other star players, Luka is never looking for an excuse. The young superstar has frequently gone up against dominant teams, with his own team at times falling short despite his personal greatness; however, he has continued to improve. While the potential excuses exist for Luka in this series, he is not interested in giving them any attention. If his individual performance in Game 2 is any indication, he was indeed feeling fine out there.

Down 2-0 for the second consecutive series, the Dallas Mavericks will now look to utilize some of the same magic that helped them overcome the Phoenix Suns in the Conference Semi-Finals.