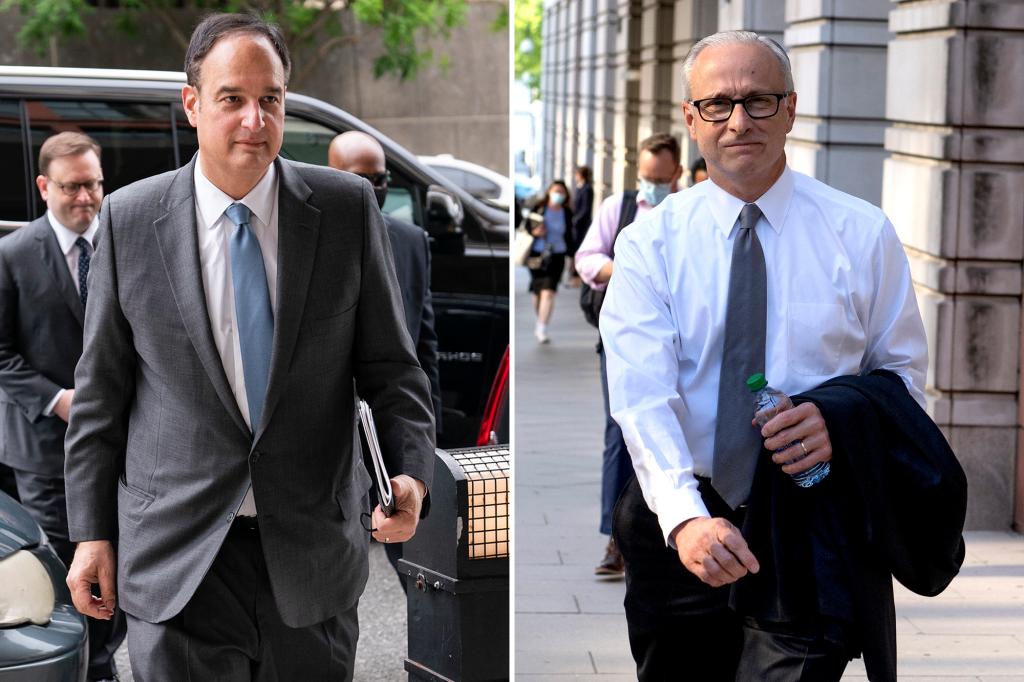 James Baker also told jurors he would have treated the white paper and other material Sussmann gave him in September 2016 much differently if he’d known that the Fusion GPS firm, then working for the Clinton campaign, was involved.

During questioning at Sussmann’s trial in Washington, DC, federal court, Baker said the knowledge would have raised fears that “the FBI was being pulled into some type of political agenda — a political ploy” and would have led to “serious conversations” among the bureau’s top leadership about “what, if anything, to do with this material and how to handle it.”

When asked by a member of special counsel John Durham’s team what difference it would have made if he knew Sussmann was also pressing a reporter to publish a story about the purported cyber back channel between a Trump Organization server and Russia’s Alfa Bank, Baker said he would have questioned Sussmann’s credibility.

“It would have caused me to have great doubts and serious concerns about what was happening here, whether the FBI was being played or attempted to be played,” he said.

“It would have raised in my mind the concern about: ‘Wait a minute, he also does, in other matters, represent the [Democratic National Committee] and the Clinton campaign,’” Baker added. “‘Is that what’s going on here?’”

Baker’s testimony appeared to relate directly to the issue of how important, or “material,” Sussmann’s statements were to the FBI’s decision to take the information seriously and investigate it.

Experts have told The Post that the issue would play a key role in any verdict, and both sides have clashed in court papers over the instructions Judge Christopher Cooper will give the jury before deliberations begin.

Baker’s remarks Friday followed damaging testimony a day earlier in which he recalled that Sussmann “said that he was not appearing before me on behalf of any particular client” during a Sept. 19, 2016, sit-down in Baker’s FBI office.

Baker also testified that he was “100% confident that he said that in the meeting.”

Sussmann, 57, is charged with a single count of lying to the government, with Durham alleging that the defendant was actually acting on behalf of the Clinton campaign and another client, tech executive Rodney Joffe, who had told him about the Alfa Bank data.