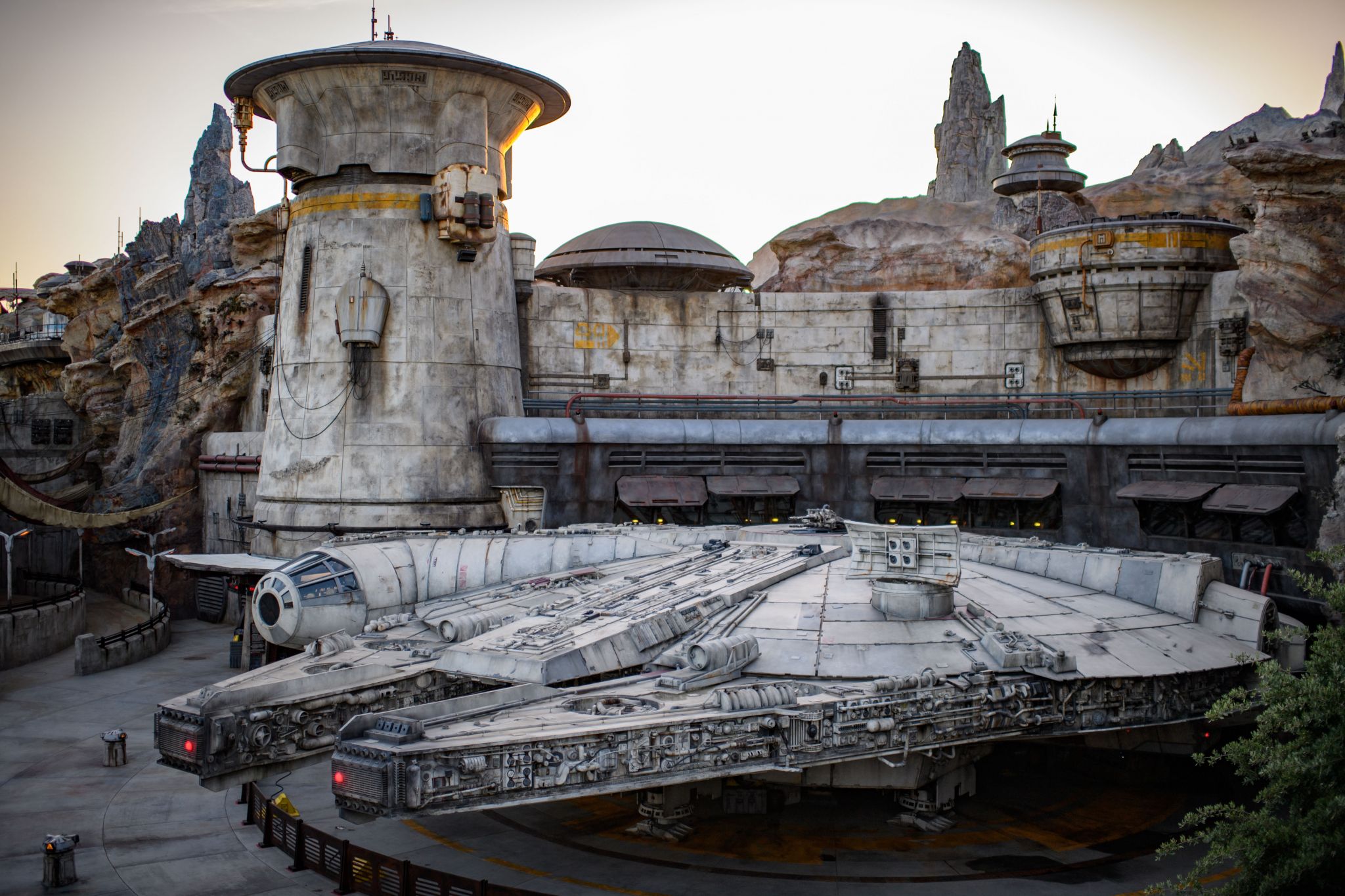 There I was, sheepishly skulking up to the counter at the creature stall in Disneyland’s Black Spire Outpost, asking the cast member whether I, a fully formed adult, could have one of the “Star Wars” scavenger hunt books that are clearly for kids.

She kind of smirked at me as she handed it over, but in a nice way, like she could see how silly I felt and was commiserating with me. Called “Bina’s Guide to the Creatures of Batuu,” it’s a secret mission to find all of the hidden animals in Galaxy’s Edge. How could I not do it?

My motivation — besides the ongoing quest to try everything at Disneyland that defines my work as a theme park reporter — was more than bragging rights. (Because let’s face it, I was not going to be bragging about this to anyone, even if I did successfully complete the quest.) It was a mythic free prize.

Knowing I probably wasn’t going to finish the whole thing before I succumbed to the siren call of Oga’s Cantina, I asked the cast member what my prize was going to be. She gestured to a thing that, even if I didn’t have a Fuzzy Tauntaun on the brain, looked a lot like a coaster from the cantina, with the same artwork as the cover of the scavenger hunt book, and a saying in Aurebesh around that.

Inside the book, which for the record is technically for “younglings” (Batuuese for “kids”) under age 10, there are drawings of creatures native to Batuu, with information about them and an activity to accompany each. Some that you’re tasked to find, like the ollopom in Dok-Ondar’s Den of Antiquities, and then answer a question in order to earn your stamp for the page. For the bigger animals, like a bantha, you draw their tracks, which are imprinted on the pathways in the land.

I flipped through and immediately saw one I already knew: the dianoga hidden in the water pipe above the “hydrators” at the end of the marketplace. The question I had to answer: “What color is the dianoga’s eye?”

“Bright suns!” the cast member greeted me as I walked up to her, booklet in hand. “Learning about local wildlife?” I say yes, and she takes my booklet to stamp it as she asks the question. “Errr … black?” I answer, and she kind of squints at me, and says, “Well, the pupil is black,” and stamps my book. Phew. Got by on a technicality for that one.

I sat down nearby to read through a little bit more of the book, when I spot a celebrity. R2-D2 is rolling by. “What’s that, R2?” one of the cast members says. “There’s a dianoga in the water system? That doesn’t sound sanitary.”

The whole thing was fun and silly for me, but I can imagine it would be incredibly fun for youngling “Star Wars” fans. As I mulled things over later, face numb from that Fuzzy Tauntaun (it comes with some sort of magical foam on top that really does make your face feel “fuzzy”), I started thinking about other activities like it.

Disneyland is so, so expensive. If you’re staying overnight on a Disney property, you’ve already spent upwards of $400 per night at a minimum to be there. If you’re driving, you’re spending $30 on parking, and that’s before the record-high admission that can cost you more than $200 per person for a single-day park hopper ticket.

But there’s a bright side. There are little, no-cost Easter egg activities around the park where you can do something a little special, and usually take home a free souvenir in the process. Disneyland tends to keep quiet about them, but to me, finding them is part of the fun.

If you’d rather focus on the fun of actually doing them rather than seeking them out, here are a few I’ve found:

At Bibbidi Bobbidi Boutique, the prince and princess makeovers can cost you anywhere from $79.95 to $450. But there’s a secret, free service you can ask for — a little bit of glitter sprinkled into your hair from a magic wand to give you some “pixie dust” to up the magic factor on your Fantasyland visit. Though the full-service salon isn’t currently open, pixie dusting is still available from the employees who work in the boutique side.

On the Jungle Cruise, after you’ve taken your voyage through the rivers of the world and survived hippo and piranha attacks (and all the dad jokes you can stomach), you can ask the cast members for a map of your adventure to take home as a free souvenir. Just ask, “Is there still a secret Jungle Cruise map?” and the treasure will reveal itself.

At the Animation Academy in Hollywoodland in Disney California Adventure, you can actually sit through a drawing class and get a lesson in how to draw a Disney character. It consistently surprises me that Disney doesn’t charge for this, because it’s really fun, you get to sit down in air conditioning for a while, and you have a drawing to take home at the end. The B- rendering of Jack Skellington I made on my first visit there is proudly displayed on my fridge to this day.

Of course, there are the celebration buttons, too. At City Hall or almost any cash register in a gift shop, you can ask an employee for one (or more) of a few free buttons to wear for the day: a “happy birthday” one, a “happily ever after” one for romantic milestones or an “I’m celebrating” one that’s nice to wear if you’re at the park celebrating with someone.

Recently, Disneyland has been giving out free gifts to Magic Key holders. In February, what the park called Magic Key Holder Celebration Month, Disney gave out two art prints and Magic Key sunglasses to any passholder. Recently, it has been a reusable Magic Key straw.

I’ve heard that there was a time in the past when you could ask for a death certificate at Haunted Mansion, but that time is over. I’m just going to hold onto hope that they might bring it back one day. Hey, there’s a chance. One random day I happened to be getting on the ride when a cast member handed me a souvenir button, being given out on that day only, to celebrate the 25th anniversary of “A Nightmare Before Christmas.” So maybe the death certificates will come back. Stranger things have happened.