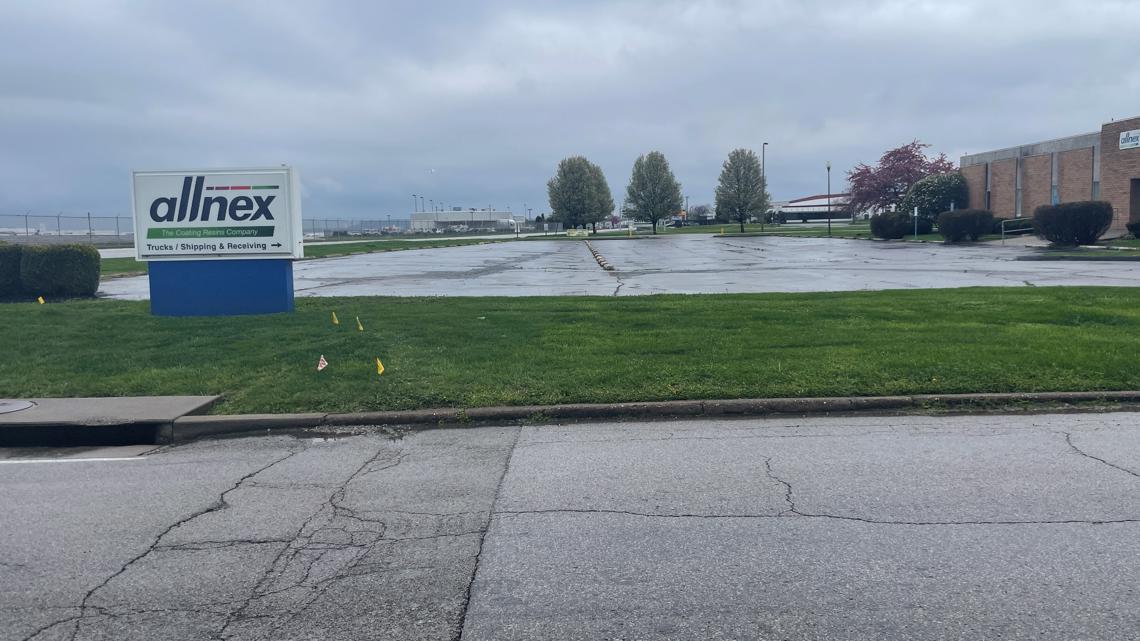 City officials said it was due to a chemical spill at Allnex, a local company off Crittenden Drive that manufactures coating resins.

Neighbors have noticed a foul odor off Crittenden Drive in the past few weeks.
City officials said it was due to a chemical spill at Allnex, a local company off Crittenden Drive that manufactures coating resins. They said potentially hundreds of gallons of Styrene entered the sewers.

However, people who live nearby say this isn’t the first time.

“You say leak. I say leak/dump. It happens too often, and you all haven’t taken care of it,” one man said.

The meeting was held to address those concerns.

Leaders with Air Pollution Control District (APCD), Metro Sewer District (MSD), Emergency Management and Public Health and Wellness explained their role in hazardous waste events. It’s a process they all say is very thorough – not just after a spill, but in preventing one from happening.

“The plants here get looked at more than any other state in the United States of America,” Emergency Management Supervisor Jim Bottom said.

City officials said the last Allnex spill was in 2010. They were fined $15,000 and were ordered to make changes.

More recently, they said there have been a few odor complaints, but it was moderate and fixed upon follow-up.

Now, they admit this was the company’s mistake, but they reported it quickly.

At the meeting, some community members recalled the moment they noticed the strong smell.

“We had opened up windows around the house to try to eliminate the smell,” one neighbor said.

She also said neighbors were told different things, some were told to leave their homes, others not.

“I want to know where the communication level is because obviously multiple people were told different things,” she said.

Some community members said the response to the spill wasn’t sufficient because first responders didn’t record chemical levels inside peoples’ homes. However, officials said it was clear that levels weren’t alarming enough to force evacuation.

Though the meeting centered on how the city handles chemical spills, community members want to know more about the consequences – mistake or not.

It’s something George, who represents the district where the spill happened, said she understands.

“They’re aware of the past history with contamination and for that have reason to be concerned,” George said.

She said she wants community members to voice their concerns by reporting odors using the Metro311 app or the SmellMyCity mobile app.

APCD also said that Allnex’s operating license is up for renewal and residents can request for public comment, or even a public hearing, where they can ask questions.