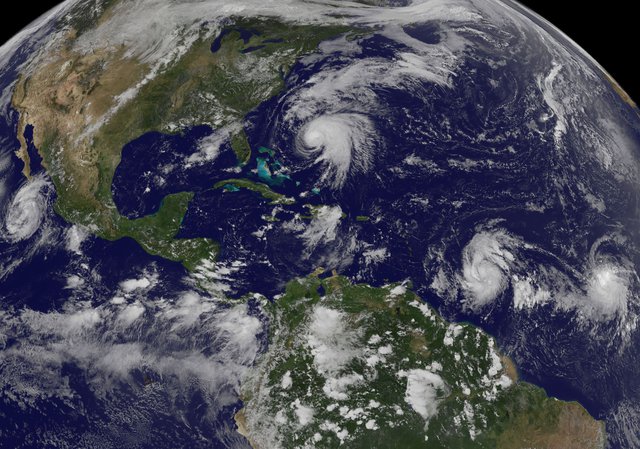 I would like to take this opportunity to commend the out-of-the-box thinking of Steve Ward of Gainesville and his March 29 opinion piece. Essentially, let’s not worry ourselves about melting ice caps when we REALLY should be talking about the threat of another ice age. Let’s sit back and unpack the brilliance of it all.

While 99% of the scientific community, global south, and every other developed nation are droning on and on and on about “global warming” (gimme a break, what a bunch of losers), what we SHOULD be talking about is actually global cooling. No crickets here, Mr. Ward. I’d like to keep the conversation going. I’ve never really thought about the unintended consequences of transitioning to clean energy as speeding our globe to an icy demise. But yikes, he’s right! Upon further reflection, I’ve adopted a new motto in regard to our planet: BURN IT DOWN, BABY!

Yes, what we really should be focusing on is burning up every natural resource on the planet in an effort to stave off the next ice age. What’s that, you say? We’ll inexorably and disastrously plunge our planet into an uninhabitable desert, you say? Ha, desert shmesert, I say!

The fires from rainforest destruction and immolation should keep us warm for at least a few years, which should strike fear into the heart of any ice age plotting to sink its evil Elsa-claws into our planet. If we manage to make unsustainable consumption the economic status quo (as has been for centuries now), sure that might kill off countless animal species and billions of people in the process, but the upshot is that remaining human civilization won’t freeze to death!

And while we’re on a roll, think about this: as sea-level rise renders Miami as a modern-day Atlantis, that’s like 6 million people who will be looking to buy a home in a community like ours, safe in the North Georgia highlands. I’m confident this will drive up real estate values and make us all incredibly wealthy in the process. A rising tide lifts all boats, ya know?

I truly shudder at the thought of handing down to future generations a snowy, cooler globe. Just terrible. I could at least put my head on the pillow at night if I knew we could pass on a globe ravaged by anthropogenic climate change bringing about rampant starvation, devoid of any natural resources, comprehensive and complete glacier melt, uninhabitable regions near the equator from devastating drought, and an atmosphere so infused with CO2 you can cut it with a knife. I’m sure our kids and grandkids will be heaping veritable MOUNTAINS of flowers upon our gravesites for our benevolent foresight.

Now, if you’ll excuse me, I spy with my little eyes some natural resources over yonder that need to be consumed in flame. Just doing my part to keep this planet warm for our progeny. Hope you’ll join Steve & me.