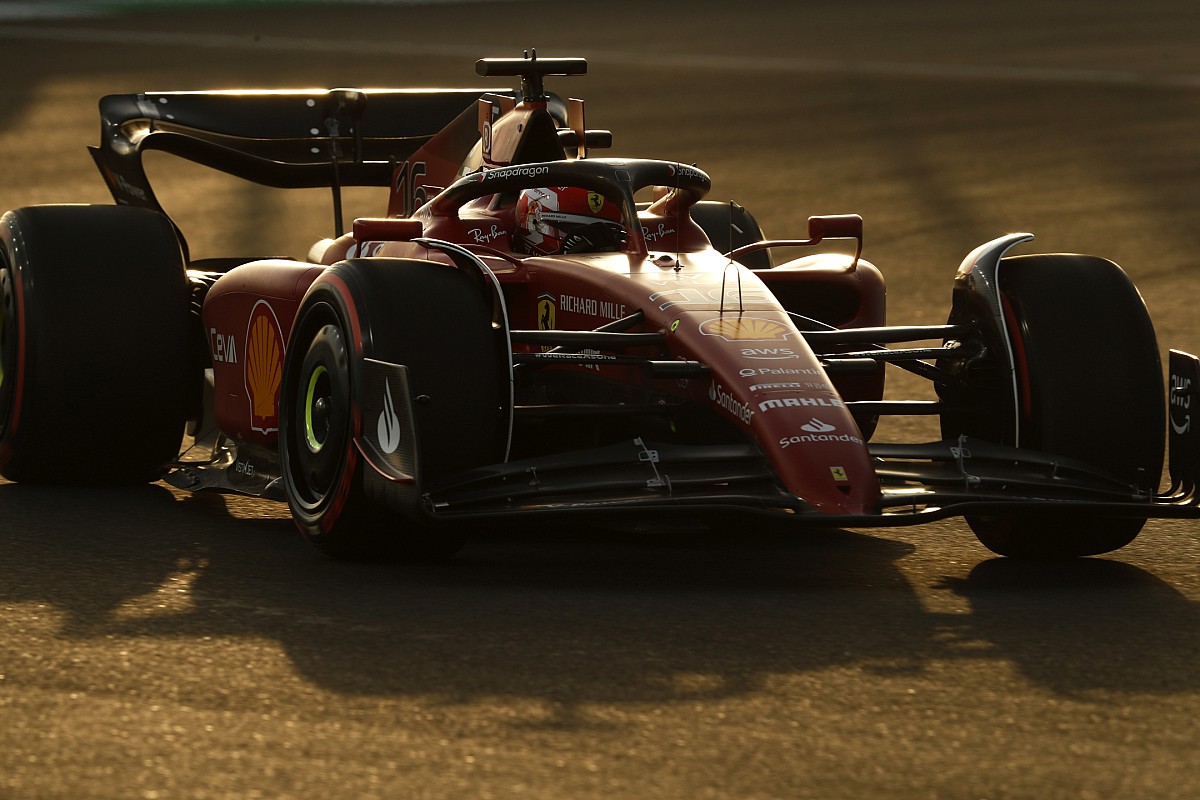 Ultimately, pole was secured by Red Bull’s Sergio Perez with new tyres, but that was not the case for his immediate rivals.

Pirelli Formula 1 boss Mario Isola says that it was due to the grip recovery characteristics of the 2022 tyres, something that could continue to provide teams with an extra challenge in qualifying in Melbourne this weekend and elsewhere

Teams will now have to find out during practice at each venue if used softs can provide an advantage in qualifying, whereas in past seasons their entire focus was on making the most out of fresh tyres.

It’s just of several aspects of the 2022 tyres that teams are learning about as they tackle each new venue.

“In qualifying we have seen a couple of different situations,” said Isola of the Jeddah weekend. “Some teams were using two preparation laps for the soft, and some teams used the soft for a second stint in qualifying. If you remember last year that never happened.

“It is an extra element. How powerful could be, it’s a bit early to say, because we have different circuits, different characteristics.”

“I believe that the soft tyre when new had quite a lot of grip at the beginning, and that was giving a ‘snappy’ behaviour,” said Isola.

“These cars are quite tricky to drive, especially on a track where you have the walls that are close to the track, you cannot make any mistake.

“Last year some drivers have been able to run quicker with a medium than with a soft, because they felt less movement from the tread. This year the used the used soft was giving them more confidence.

“And that’s why some people were able to set a better lap time with a used soft rather than the new soft. But if you if you find that the sweet spot on the new soft, like Checo [Perez], the lap time was there.”

In Jeddah the soft tyre was not used at all in the race, with the top 10 qualifiers taking advantage of the rule change for 2022 that means they no longer have to start on the tyres they used in Q2.

For the Australian GP, Pirelli has created an extra step between the medium and the soft, and Isola believes that the qualifying tyre could be used at the start because of of an estimated pace advantage over the medium of 1.2 seconds.

“In Melbourne, we have C2, C3 and C5, it’s a big step between C3 and C5,” he noted. “And probably the C5 is quite an aggressive choice that we wanted to take, because with our tests last year C3 and C4 seem to be quite close.

“And we said okay, let’s try the C2, C3 and C5 to see if the gap is the right one between compounds. The C5 for Melbourne is probably a tyre more similar to the soft in Bahrain, in terms of behaviour, with 1.2 seconds per lap difference.

“If the soft is not going to grain in Australia, with this performance delta to the medium, to the C3, maybe some of them could try to start on the soft.

“If the tyre is quick, but it’s going to grain, and the degradation is quite high, then the medium becomes the option for the start of the race.”

Isola says that drivers were able to race closely in Jeddah, especially with the hard tyre, as it stayed in good shape when following other cars.

“They had the possibility to follow each other, to overtake. And when they were losing the position, they could attack again, and use the advantage of the DRS. Those are all tactical strategies when you have a tyre that can give you the confidence to push again.”

The ability to race is helped further by the fact that lock-ups do not appear to be as damaging as they were with the previous tyres, when drivers often picked a vibration and had to pit.

“Compared to the 13-inch tyres, lock-ups are generating a lot less damage on the tread,” said Isola. “It’s probably a combination of the construction and the stiffness of the car.

“If the car is quite stiff, you have a load transfer which is quite stiff. That means if you lock the unloaded tyre you generate less damage.

“It’s not only this, it depends also on the track roughness, it depends on the speed and set-up, many elements. But reality is that the lock-ups are generating less damage.”